M-Rad design studio has proposed an extreme sports park for Las Vegas as a way to draw people out of the city’s controlled interiors and into the great outdoors. 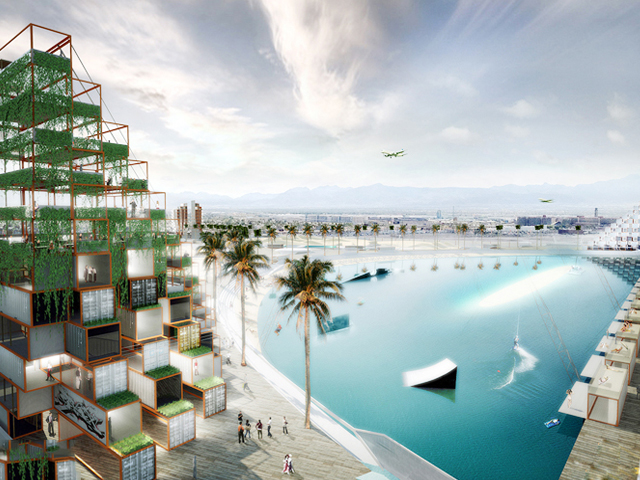 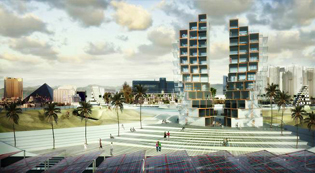 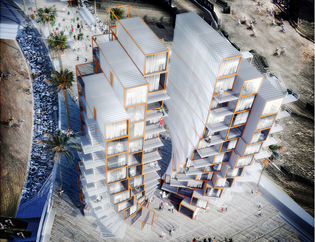 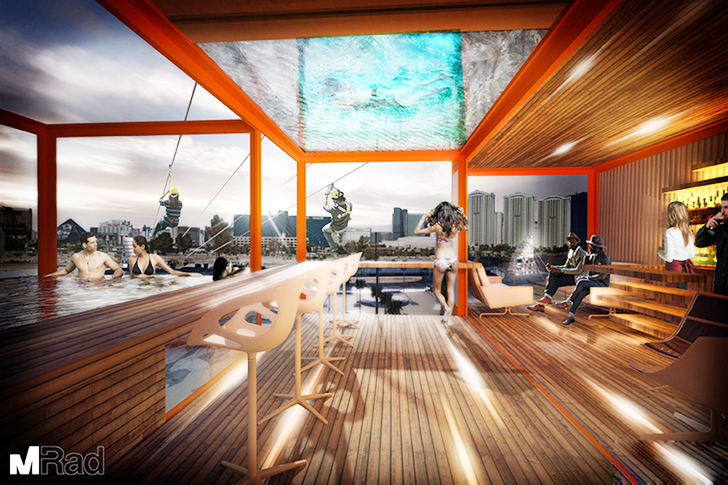 The $50 million complex would be located on a 42-acre lot, half a block away from the Las Vegas Strip. It features a diverse range of sports park amenities and is flanked by three towers with different designated uses.

The project incorporates natural ventilation for the hotel rooms and solar and wind energy harvesting, strategically distributed across the site. It envisions that combined, these sustainable strategies would meet 80 percent of the park’s total energy requirements

The shallow lake of the sports park, with beach cabanas, six electric motocross tracks, skateparks, five surfing areas and many more recreational areas are connected to the towers via a raised platform that offers awesome views of the park and acts as a common space with retail vendors and live performances.

The three towers are made from shipping containers and combine accommodation, commercial functions and food production. One of the towers houses a growing farm of organic produce, which would be available at Vegas Extreme but also in hotels along the Las Vegas Strip. The other two towers would house a 60-room boutique hotel and a garden and boasts a 180-degree view of the site.

Australian entrepreneur Josh Kearney, owner of Vegas Extreme LLC, had hoped to open the park by the end of 2014. However, the businessman still needs to secure the funding and settle on an exact location, which means the project currently only exists in the form of inspiring renderings and drawings.