The Pipe, a solar-powered desalination plant concept, is a sustainable structure that combines artistic, technological and architectural properties in an innovative solution to clean water production. 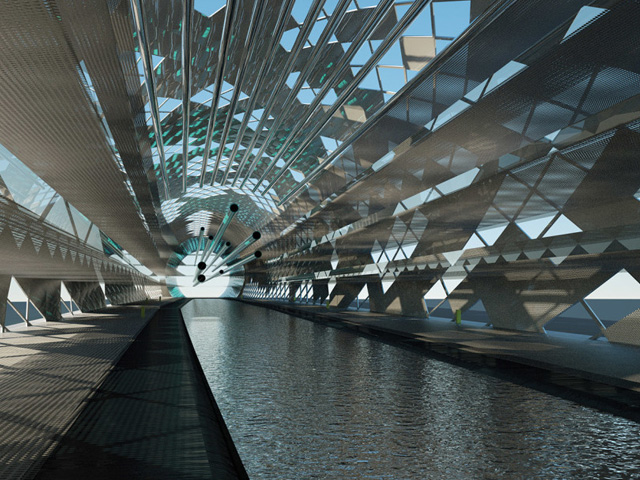 The infrastructure California needs to generate energy for electricity and clean water, which will be significant, need not blight the landscape. Designs like The Pipe demonstrate how the provision of public services like these can be knitted into everyday life in a healthy, aesthetically-pleasing way. A finalist of the 2016 Land Art Generator Initiative design competition for Santa Monica Pier, the solar-powered plant deploys electromagnetic desalination to provide clean drinking water for the city and filters the resulting brine through onboard thermal baths before it is reintroduced to the Pacific Ocean. 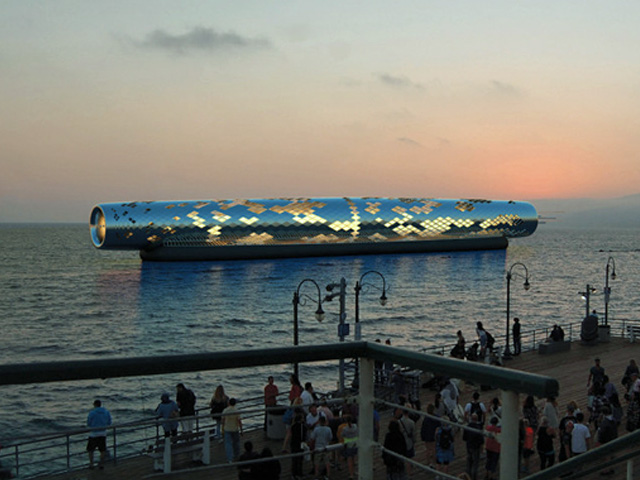 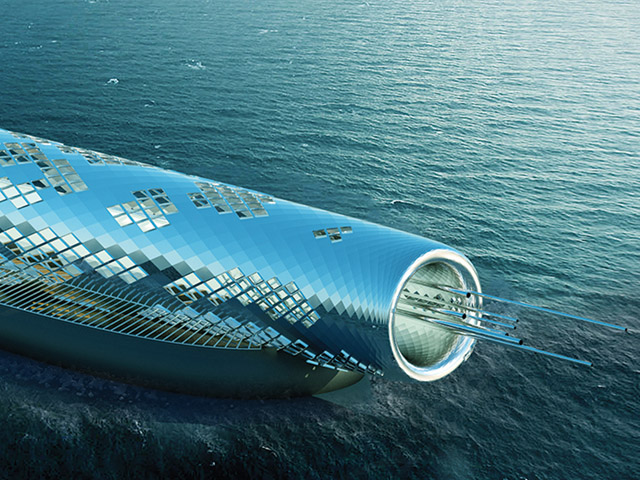 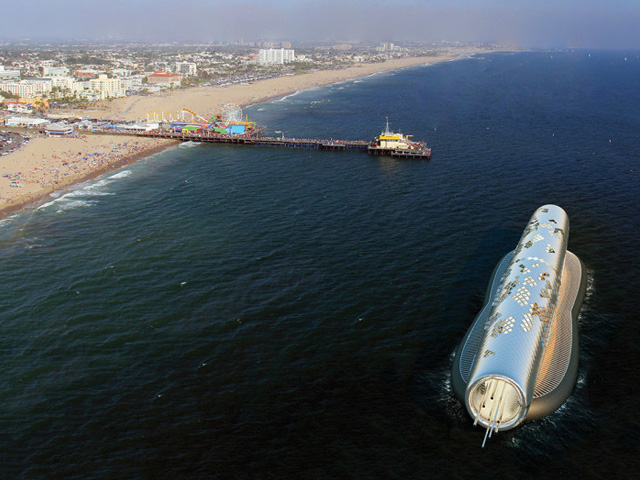 “LAGI 2016 comes to Southern California at an important time,” write Rob Ferry and Elizabeth Monoian, co-founders of the Land Art Generator Initiative. “The sustainable infrastructure that is required to meet California’s development goals and growing population will have a profound influence on the landscape. The Paris Climate Accord from COP 21has united the world around a goal of 1.5–2° C, which will require a massive investment in clean energy infrastructure.”

For this particular competition, LAGI asked designers to submit proposals that incorporate either an energy or drinking water component, since they are inextricably intertwined, or both. Khalili Engineers from Canada chose to power an electromagnetic desalination device using solar power. And – in keeping with the public art and educational aspect of LAGI’s overall environmental and social crusade – The Pipe is a beautiful design that allows people to seamlessly interact with their source of drinking water without any of the unpleasant side effects typically associated with energy generation.

“Above, solar panels provide power to pump seawater through an electromagnetic filtration process below the pool deck, quietly providing the salt bath with its healing water and the city with clean drinking water,” the design team writes in their brief. “The Pipe represents a change in the future of water.”

According to Khalili Engineers, their design, a long gleaming thing visible from Santa Monica Pier, is capable of generating 10,000 MWh each year, which will, in turn, produce 4.5 billion litres of drinking water. Given the current drought throughout California, and the dearth of water in general, a variety of urban micro generators such as this can complement utility-scale energy generation.

“What results are two products: pure drinkable water that is directed into the city’s primary water piping grid, and clear water with twelve percent salinity. The drinking water is piped to shore, while the salt water supplies the thermal baths before it is redirected back to the ocean through a smart release system, mitigating most of the usual problems associated with returning brine water to the sea.”