An urban space that combines art, education and recreation together in a futuristic Jenga-inspired design. 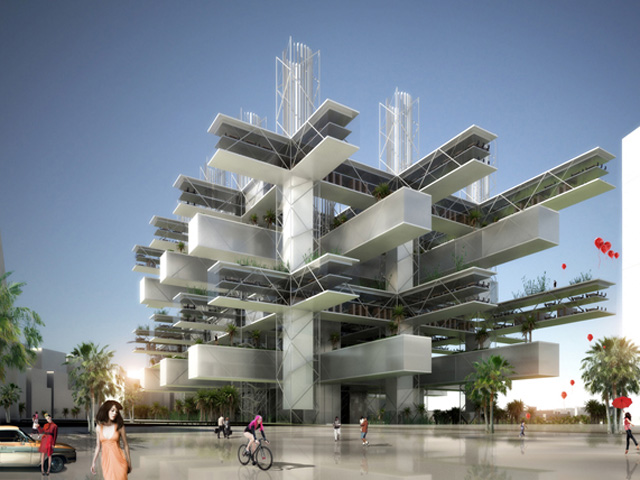 Paris-based studio Sane Architecture has been awarded highly commended in the cultural regeneration category for their proposal of the Taichung City Cultural Centre at the 2014 MIPIM architectural review future project awards. 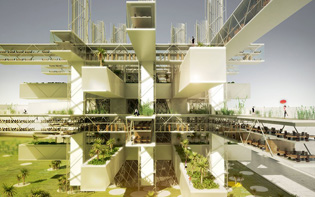 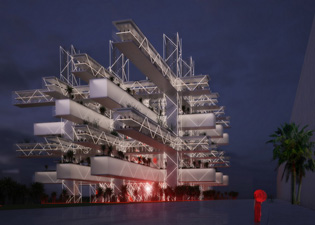 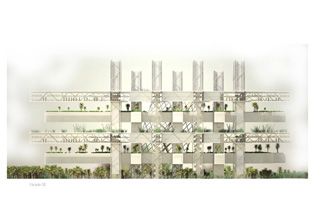 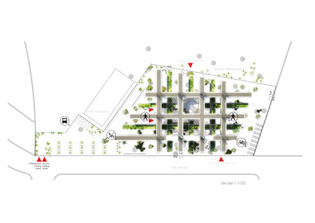 The brief called for an urban space that combined a public library and municipal fine arts museum into one area, bringing art, education and recreation together.

Sane Architecture proposed a lightweight structure on the northern end of Taichung Gateway Park, Taiwan. Each floor of the proposed building would jut out in a modern and futuristic design which has been likened to the popular game Jenga.

Offering a mix between the natural and built form, a sustainable approach has been adopted with the building able to produce electricity from wind power through the use of an Invelox system. Whereas conventional wind turbines use massive turbine generator systems mounted on top of a tower, the Invelox system by contrast, funnels wind energy to ground-based generators. Instead of snatching bits of energy from the wind as it passes through the blades of a rotor, wind is captured with a funnel and directed through a tapering passageway that naturally accelerates its flow. This stream of kinetic energy then drives a generator that is installed safely and economically at ground level.

The building is also constructed with glass facades which provides constant light streaming to illuminate the library and museum in an eco-friendly way.

The proposed Taichung City Cultural Center by SANE Architecture has received much praise at the 2014 MIPIM future awards.