The wetlands areas of Sydney Park will receive new names in honour of the area’s Aboriginal history. Submitted for public opinion in September, the final names will be revealed later in the year. 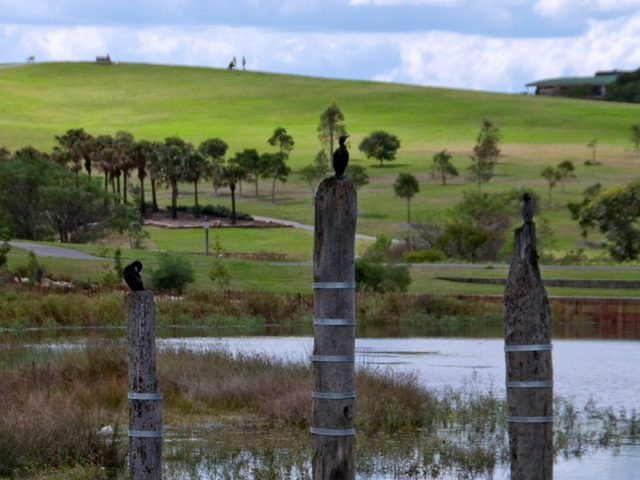 New names will be given to Sydney Park’s four wetlands to commemorate the area’s Aboriginal history.

The four names proposed by the City of Sydney – Wirrambi, Guwali, Bunmarra and Gilbanung – represent species of bats, birds, lizards and grasshoppers in different Aboriginal languages.

“The City’s historians have researched Sydney Park and have considered names of Aboriginal origin that reflect the biodiversity of the park and its wetlands,” the Lord Mayor said.

“The City has just completed a $10.5 million water re-use and wetlands upgrade project that be a real boost to the park’s ecology, including many native fauna and flora.

“Since 2004, we have invested over $23 million in transforming a derelict former brick-making site and rubbish tip into a much loved, attractive regional park, offering active and passive recreation for all ages.

“Sydney Park is a much-needed green lung for this heavily populated part of Sydney.

The proposed names for each of the upgraded wetlands are Aboriginal language words for fauna that are native to the Sydney region and are now disappearing from the urban environment.

The recommended names for the wetlands are:

Wirrambi Wetland – meaning ‘bat’, relates to the newly-created habitat for microbats at the park.

Guwali Wetland – meaning ‘shag’ or ‘cormorant’, recognises the waterbirds that were part of the local pre-industrial landscape;

Gilbanung Wetland – meaning ‘grasshoper’, is an insect prevalent in the park.

The City worked closely with the Aboriginal and Torres Strait Islander Advisory Panel and the Metropolitan Local Aboriginal Land Council to identify appropriate names for the wetlands.

The names were sourced from The Sydney Language by Jakelin Troy, the most comprehensive word list of the Sydney language published and accepted by the Aboriginal community.

Sydney Park was once a site of swamps, marshes and heath, where the Gadigal and Wangal people hunted kangaroo on the grasslands and fished and camped at the swamps. The area was known by the early European settlers as the District of Bullanaming, or the ‘Kangaroo Ground’.

The City of Sydney will present the proposed names for public feedback in September before taking the results to the Geographical Names Board of NSW for consideration later this year.