Britain is set to get its highest observation tower outside of London with the construction of the i360. 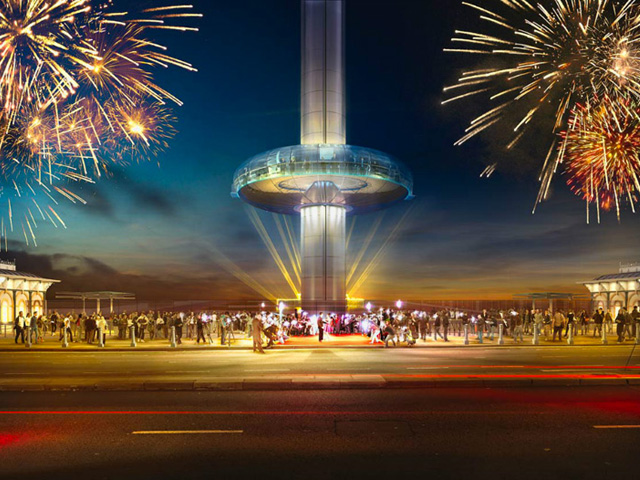 Construction is set to get underway on Brighton Beach at the site of ‘i360’ - an urban observation tower that presents expansive views along the British coastline. 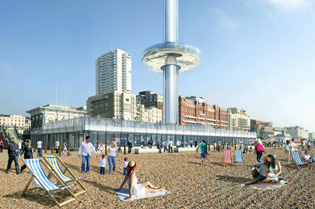 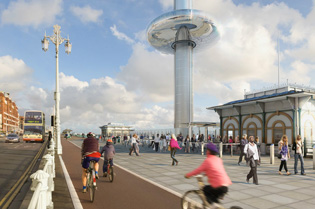 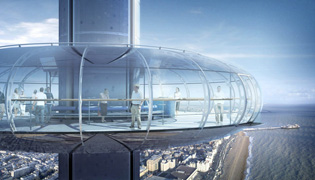 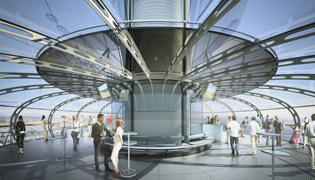 Marks Barfield Architects, best known for designing the London Eye, has developed an aerodynamic pod capable of accommodating up to 200 people which will rise to a maximum height of 138 metres in 10 minutes.

The structure will be built on land leased from the West Pier Trust, and is anticipated to attract 800,000 annual visitors, creating new jobs and serving as a catalyst for the region’s regeneration and development.

Topping out at 162 metres, the design will be Britain’s highest observation tower outside of London, sited on the axis of the historic west pier – destroyed by fire and storms in 2003.

The ‘i360′ restores aspects of the original pier, including the original Victorian tollbooths, while parts of the cast iron supporting structure will be reused in the new visitor centre.

The elevated pod incorporates a sound and entertainment system, meaning that the scheme can host a range of entertainment events. At the foot of the tower a beachside visitor centre comprises a 400-seat café, various retail outlets and an exhibition space displaying work by local artists.

“Ever since the completion of the London Eye, people have been asking us to replicate it elsewhere. We wanted to create a similar sort of visitor experience with a view that slowly unfolds as you gradually ascend, but with an enhanced more spacious pod enabling guests to walk around to enjoy the 360 degree views”, explained David Marks of Marks Barfield Architects.