The Green Square Library and Plaza development is an $8 billion dollar project that hopes to act as a catalyst for residential and commercial development in the precinct. 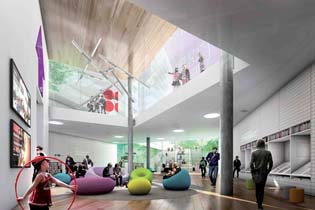 168 architects from over 29 countries entered the Green Square Library and Plaza design competition, which was judged by a panel of architects, designers and cultural experts. Expected to draw a patronage of between 1000 and 1500 people per day, the Green Square Library and Plaza development is an $8 billion dollar project that hopes to act as a catalyst for residential and commercial development in the precinct. 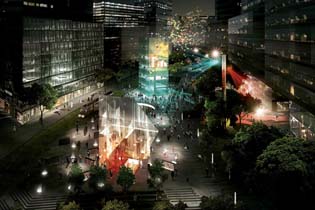 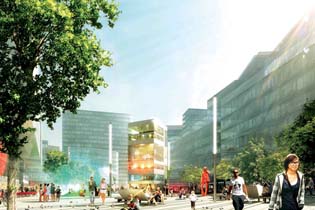 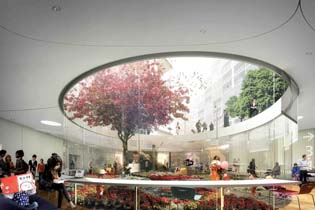 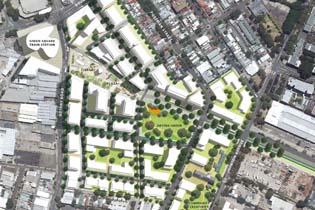 The winning design, by Stewart Hollenstein with Colin Stewart Architects, was announced on Tuesday 26 February 2013. Redefining the traditional idea of a library, the winning design fused a range of buildings with the outdoor plaza to create multiple sites for a number of uses. With part of the design below ground, the scheme includes an amphitheatre, a storytelling garden, a water play zone and wide open spaces for festivals and public usage.

Jury member and Brisbane City Council’s Manager of Library Services Sharan Harvey said that library design is changing radically around the world and the winning Green Square entry swung the jury because of the way the library and plaza are integrated to increase the range of activities offered. “It’s a fusion with the public space and will generate potential for a whole lot of activities that otherwise would not be available”.

Jury Chair John Denton said that the winners “made a very bold step, which was to put the library essentially beneath ground – not completely beneath ground, but at a low level so that the open space could flow up over the top of the space and create a large open space”.

Spread over 278 hectares, mainly in the suburbs of Zetland and Beaconsfield just four kilometres south of Central Sydney, Green Square has become home to 11,000 new residents since 2000 with another 30,000 people to move there as new homes, public space and offices are built in the next two decades.

The City of Sydney has allocated $25 million for the library works, and a further $15 million for the public domain and plaza. Refinement of the design will continue this year, with construction planned to finish in 2017.