Plans for a new transportation hub to be constructed in Kaohsiung, Taiwan, include a green canopy that shades a subterranean public plaza and offers a variety of programmes for the surrounding community. 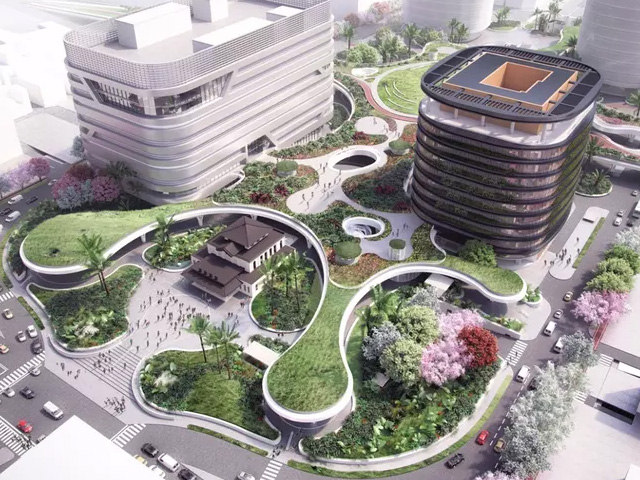 Designs for an organically shaped, multi-level transportation hub to be constructed in Taiwan’s second largest city, Kaohsiung have been released by Dutch architecture firm Mecanoo. The large green space features a landscaped canopy rising above a variety of public spaces that will serve not only as a transport interchange but also offer a host of public programmes that will unify the area. 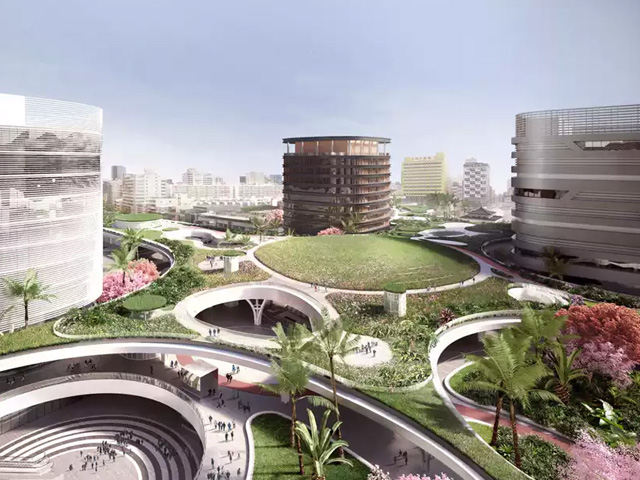 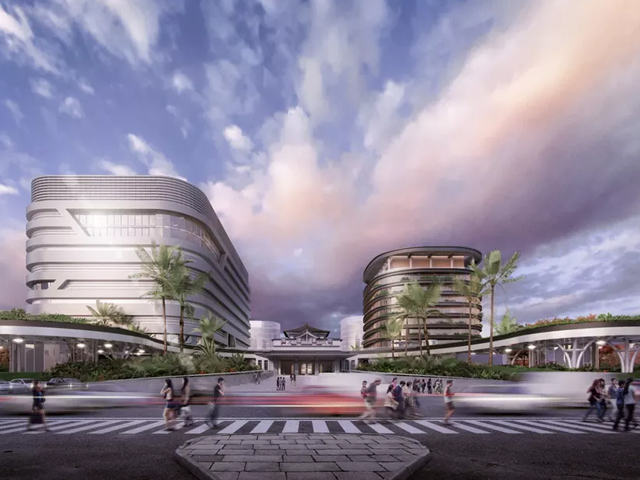 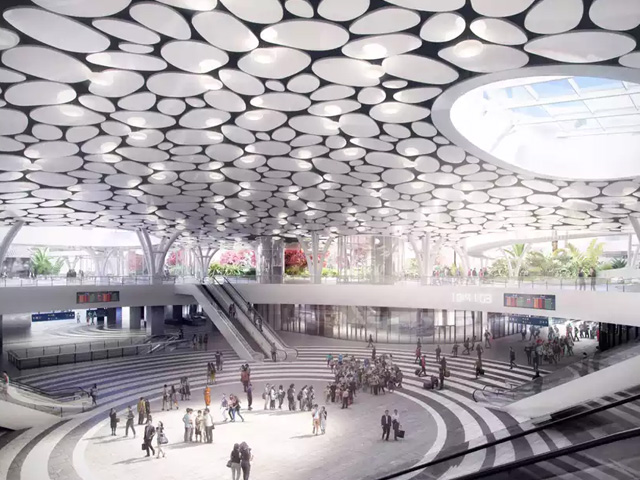 Designed as part of the Kaohsiung underground railway project, the new hub will integrate train, metro and bus services, together with taxis and bicycle infrastructure. The station itself will cover an area of 21 acres and support a 35, 000sqm green canopy. The entire railway project will include a total of seven underground stations, including Kaohsiung, and stretch from Zuoying to Fengshan along a 9.75km tunnel.

A blending of traditional elements and new features in the design is an important part of shaping Kaohsiung’s identity and representing its desire to be viewed as a sustainable city. The existing station building on the site will be reinstated to its original location and incorporated into the new construction in a blending of the old and new.

At ground level the green space of the development will offer attractive open public space that can be utilised by the local community and includes features such as a cycle path that will run across the top of the canopy. The overarching canopy not only provides ground level opportunities, it also serves to shade the subterranean programmes from the country’s high temperatures and humidity.

Beneath the verdant canopy will sit a sunken plaza that serves as the central space for arriving and departing passengers, which feeds into a hotel, various retail spaces, restaurants and other amenities for public use across the sprawling multi-level development.

Francine Houben, creative director of Mecanoo explains that the central hall of the station will act as a meeting place, much like the main square in Taiwanese villages which traditionally are where important events take place, and will provide a place for people to meet and participate in events such as farmers’ markets or open air opera.

While work on the Kaohsiung Metropolitan Area Underground Railway Project began in 2014, the Kaohsiung Station project is not expected to be completed until 2024.