Glow-in-the-dark trees could one day replace street lights thanks to a plan to imitate the bio-luminescent qualities of jellyfish. 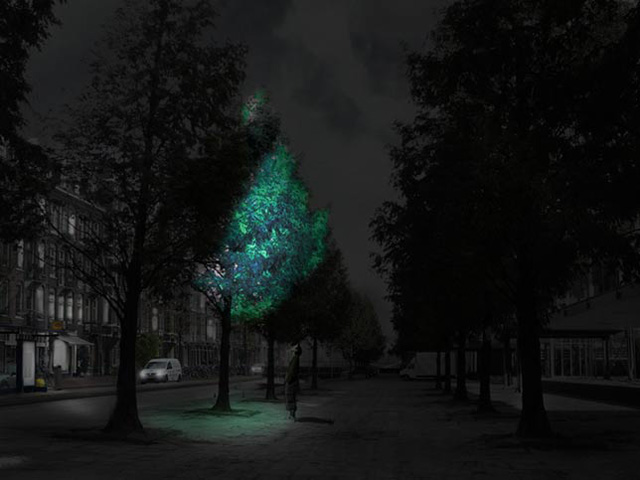 Dutch designer Daan Roosegaarde is exploring ways of using the bio-luminescent qualities of jellyfish and mushrooms to create glow-in-the-dark trees that could replace street lights. 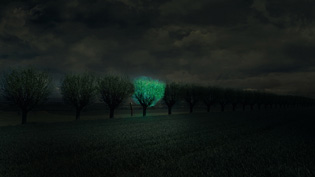 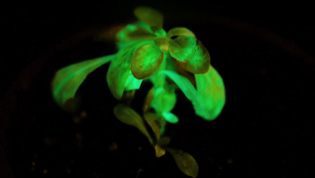 "In the last year I really became fond of biomimicry," says Roosegarde. "What can we learn from nature and apply to the built environment, to roads, to public spaces, to our urban landscape?" he asks.

Biomimicry is the method of imitating models and systems found in nature to solve complex design issues. One of the biological phenomena that fascinated Roosegaarde was how animals like jellyfish and fireflies generate their own light.

“When a jellyfish is deep, deep underwater it creates its own light," he says. "It does not have a battery or a solar panel or an energy bill. It does it completely autonomously. What can we learn from that?"

Roosegaarde's interest in biomimicry led him to collaborate with the State University of New York and Alexander Krichevsky, whose technology firm Bioglow unveiled genetically modified glow-in-the-dark plants earlier this year.

Krichevsky creates the glowing plants by splicing DNA from luminescent marine bacteria to the chloroplast genome of a common houseplant, so the stem and leaves emit a faint light similar to that produced by fireflies and jellyfish.

Roosegaarde is now working on a proposal to use a collection of these plants for a large-scale installation designed to look like a light-emitting tree.

The proposal is to use a very fine coating of "biological paint" that when applied to trees allows them to glow at night. The coating charges during the day and at night can glow for up to eight hours. Trials using the material will start at the end of this year.