Utopia Arkitekter proposes the creation of an indoor public park in Stockholm that will be shrouded in glass and create an area that all locals can enjoy year-round. 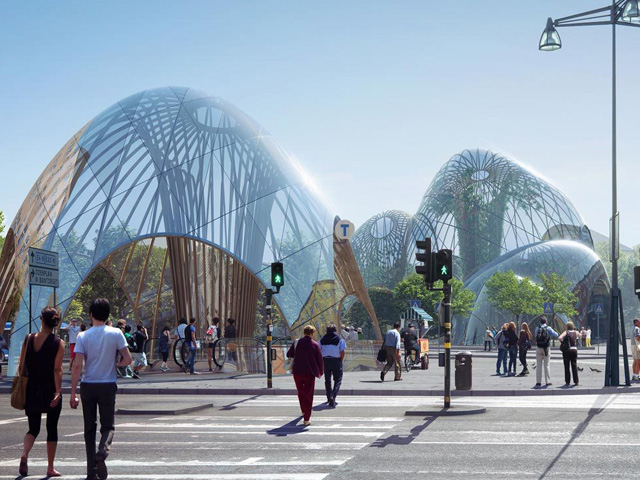 Utopia Arkitekter wants to start a discussion in Stockholm around how the industry is going to manage and develop future public spaces. Increasingly, as commercialism of limited space in urban centres continues to rise, the team at Utopia Arkitekter has begun to see a series of problems surrounding the applications of indoor “public” spaces. 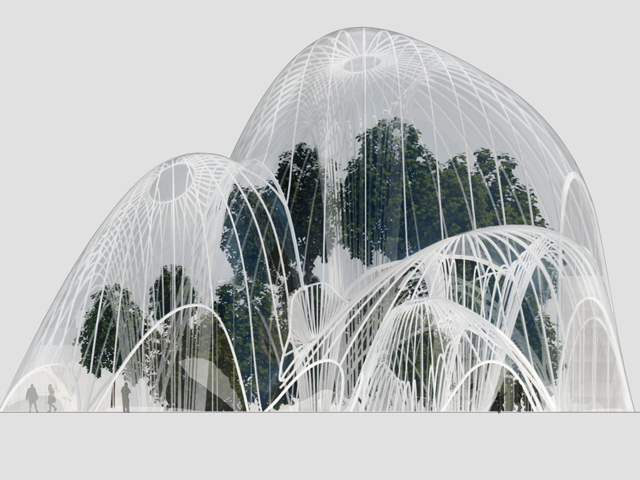 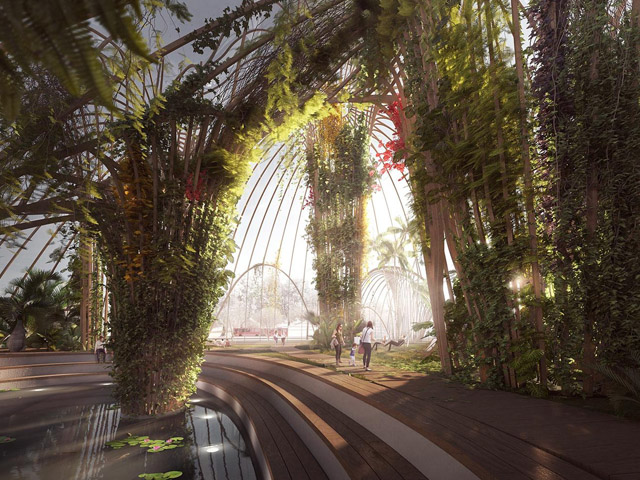 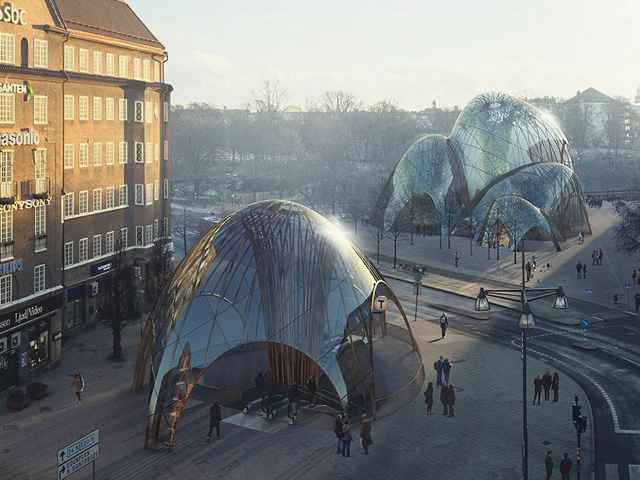 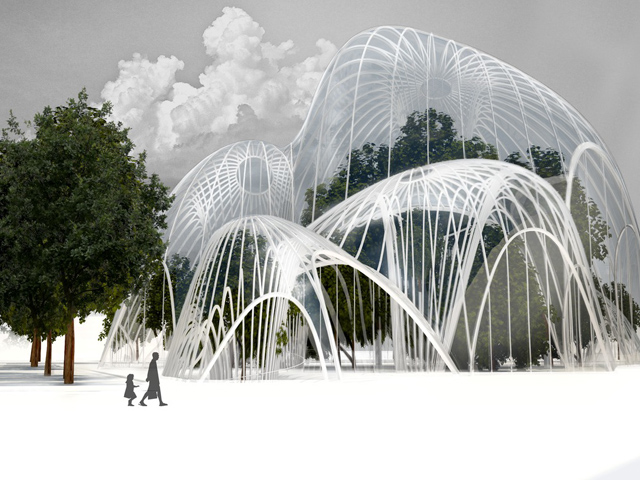 These problems or challenges arise from the fact that as our inner cities adopt more commercial indoor public spaces and our meeting spaces become shopping malls, cafés or restaurants, the “public” is no longer represented by “all the people of an area,” simply due to economic restrictions on who can afford to meet where.

This is a political question as much as an environmental question, for example, in a city like Stockholm, darkness and temperatures below 10 degrees celsius are experienced for half of the calendar year. This creates and sustains environmental and economic boundaries set up around indoor public spaces, meaning reduced opportunities for people to socialise outside of the home during winter weather. Utopia Arkitekter’s proposal in response to this is the design of a climate friendly indoor park.

The proposed indoor park would be constructed at a height of 23m, spanning an area of 1,500 square meters. The indoor park would feature support from a slender timber construction and be clad in glass vaults for maximum transparency and lighting. The vaulted glass construction will also reportedly be “climate smart,” with the construction utilising energy efficient heating and cooling systems. The details of which are yet to be released.

The chosen site for the indoor park would be the Sankt Eriksplan, a small place surrounded by densely populated retail, residential, dining and entertainment buildings. Despite being covered in grass and with another park close by, the Sankt Eriksplan is reportedly not an active public space. Should the project go ahead and revitalise the area, the site is well connected to a range of public transport systems, with a metro station and bus stop across the street.

The reality is that indoor gardens have proven to be very successful public places in a range of hot and cold weather environments. Some of these utopian public spaces, however, have given way to the power of tourism, and thus these public spaces rarely remain free from commerce in the face of huge maintenance costs.

Sankt Eriksplan’s proposed indoor park is founded upon the idea of being non-commercial and open to all, but in consideration of the realities of public space costs, Utopia Arkitekter also has plans in mind for “social enterprises” that could cover running management costs. These ideas so far include renting out performance spaces for theatre, art, outdoor cinema and or musical performances that partly fund the free aspect of the indoor park.

As a proposal, Utopia Arkitekter’s indoor park has joined the conversation surrounding designing public spaces for economic and environmental equality of access. If realised, this project could certainly have the potential to function as an icon of the area and the social values the Swedish stand for, and potentially spread outward to other cities who are beginning to consider the inclusive aspect of designing public spaces.