A mixed-use building that appears to hover over the ground is set to become Dubai's latest architectural landmark. 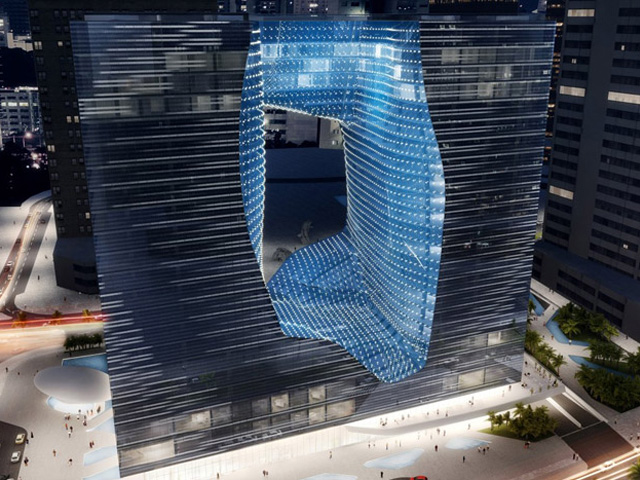 A mixed-use building that appears to hover over the ground is Zaha Hadid’s latest architectural project for Dubai. And while the tower may not boast the skyscraping heights to which Dubai is renowned, the 93-metre building is expected to become a landmark due to its distinctive aesthetic that sees a “fluid void” through the middle of the structure. 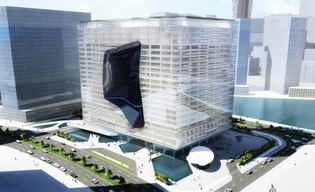 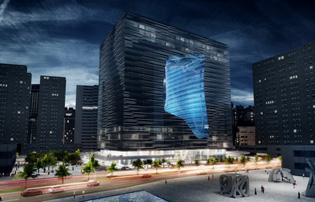 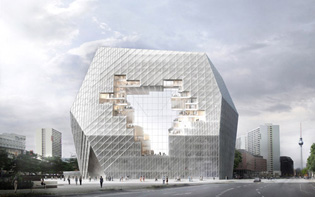 The two structures are supported by a conventional system of slabs stacked vertically, serviced by one concentrated core. This removes the need for columns across the floor plates, maximising views and the absorption of natural light. The structures are then connected through a hidden base that makes the building appear as if it is floating off the ground.

“A pixelated reflective façade renders the cube full by day: by night, it “dematerialises’ as light floods the void,” the firm said.

According to the Design Build Network, the “void” will be clad with a fully engineered tinted double-glazed curved glass curtain wall that will direct the different day and night views within the volume of the void.

“The idea was to create curves and openings with a view to the city and landmark building that are adjacent,” Hadid explained. “I wanted it to be a very large window to the city; this is where the idea of the void became a critical factor.”

The building will cover 84,435 square metres and will be the home of the first ME by Melià hotel in the Middle East.

The project marks the first time Zaha Hadid will be completing both the interior and exterior architecture work for a hotel.

The building’s exterior features wide pedestrian pathways. Of its 21 storeys, 17 will be dedicated to office space and four to retail with a top floor relaxation, pool and spa, and rooftop garden.

The distinctive building is part of a larger master plan for the city of Dubai and will be located in the city’s business bay, offering views of the Burj Khalifa, currently the tallest building in the world.

The project, which is expected to be completed in 2016, may reflect Hadid’s signature design elements of fluid and futuristic architecture, but the concept is fairly unconventional when it comes to creating a commercial office tower.

Many new buildings of late are exploring voids, holes and bridges that move through a building offering an exterior component. The buildings also work to offer new ways to navigate through spaces and visually connect cities.