Holland’s ‘Best Dutch Building of the Year’ for 2016 is an understated yet clever carpark. Subtly integrated into the surrounding landscape, the low-profile amenity also offers a bulwark against flooding. 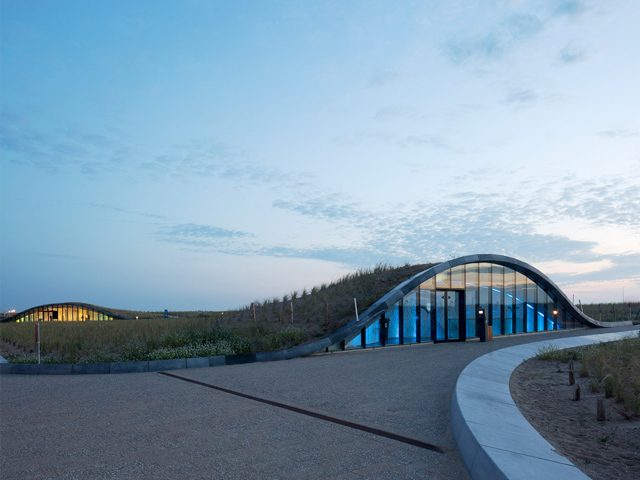 Curving windows peep above the ground to bring light into this underground car park in South Holland, which is covered in grassy hillocks to replicate a dune landscape. 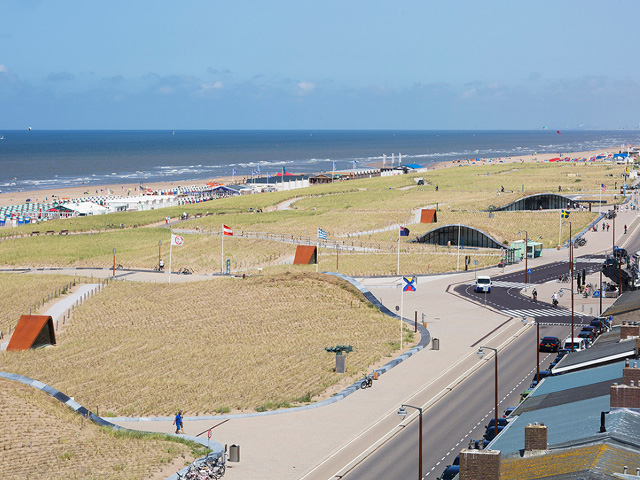 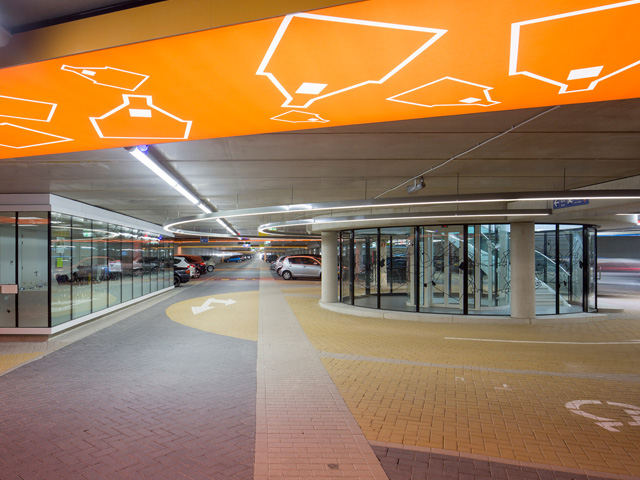 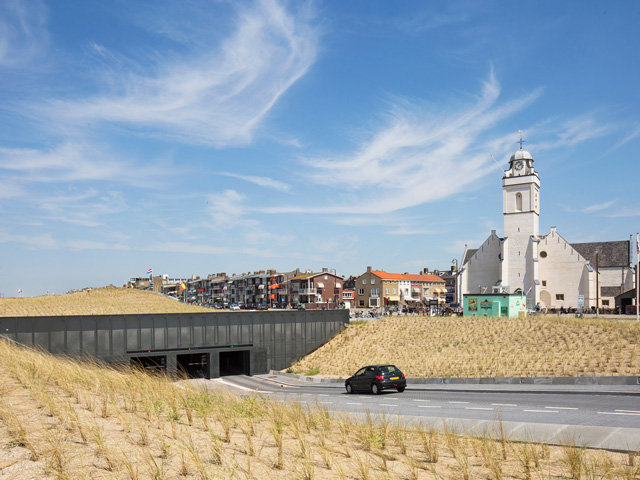 A team of architects and engineers from Dutch firm Royal HaskoningDHV designed Underground Parking Garage for Katwijk, a coastal town in South Holland. They integrated the building into the existing landscape, not only to disguise its bulk and give it an "understated elegance", but to contribute to the area's flood defenses. Situated between the town's shoreline boulevard and the sea, the carpark forms part of the Kustwerk Katwijk flood protection project.

"The underground parking is carefully embedded into its natural dune environment so as to respect its surrounding landscape," said architect Richard van den Brule.

Over a quarter of the Netherlands' land mass lies beneath sea level, spurring architects to pioneer new types of flood-resilient building, in addition to more traditional defensive structures such as dikes and dunes.

The garage was awarded the Best Dutch Building of the Year 2016 by a jury from the Royal Institute of Dutch Architects, who described the building as an "exceptionally beautiful object".

"The underground parking is groundbreaking, not only because it is an exceptional building, but it also illustrates how the Netherlands have to be innovative in its approach when it comes to protecting our coastline for the future," said jury chairman Hanneke Groenteman.

The submerged parking level is accessed via gently ramped roads. Internally, it is connected to the beach and boulevard by a cylindrical lift well wrapped by a curaveous staircase.

Brightly coloured signage is built into the ceiling to help drivers navigate the 500-metre-long building and locate their car among the 650 parking spots.