Take a look at two of the winning designs from the Floating Cities competition to find out more about how we design and construct our cities for the ocean frontier. 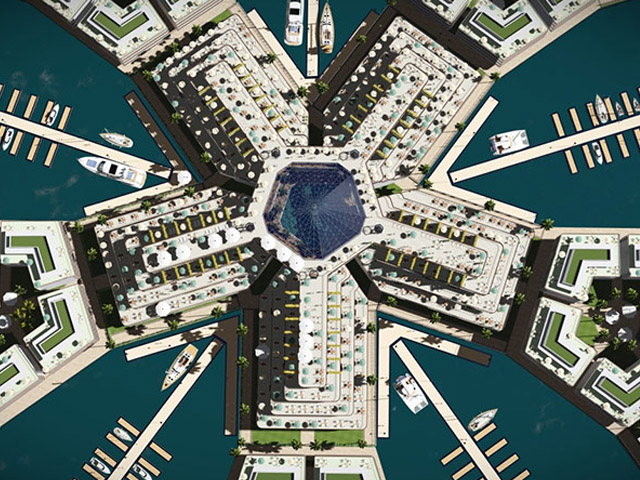 While many look to the distant planets beyond our own for future colonisation, Randolph Hencken, executive director of the Seasteading Institute, is looking to inhabit one of the earth’s local frontiers: the ocean. 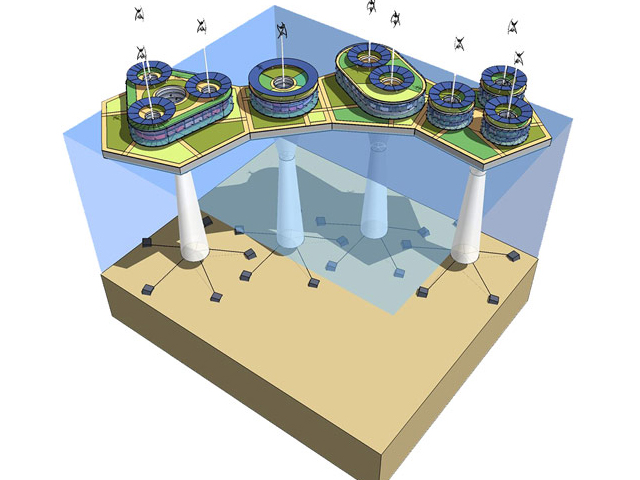 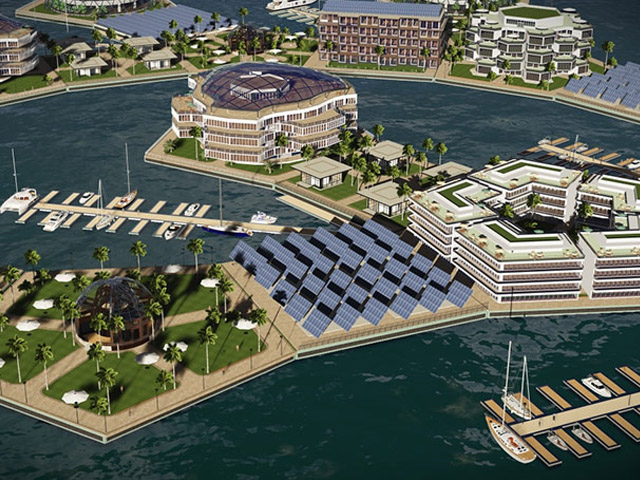 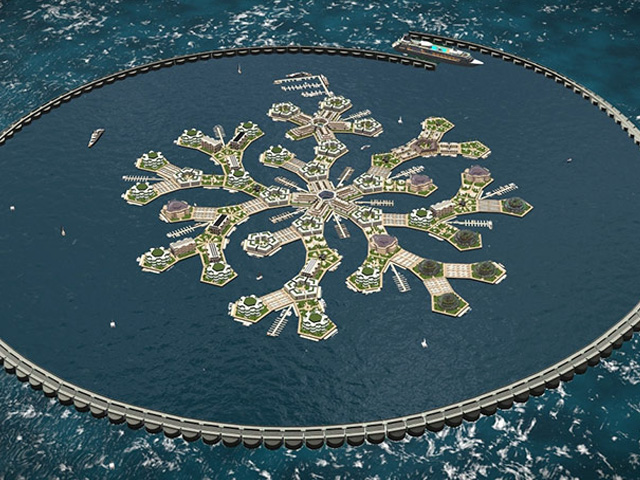 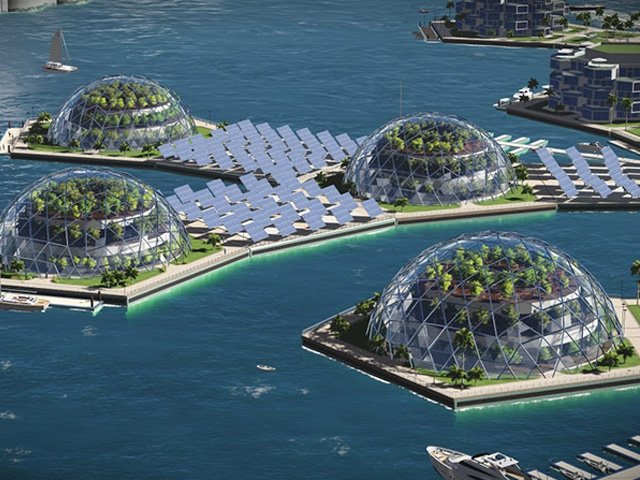 A frontier that is under close scrutiny already, it was only recently that the government of French Polynesia has agreed to sign a memorandum of understanding to allow one of the first floating cities to be constructed in the open waters near the South Pacific Islands. Their goal is to have a fully functioning and inhabited community by 2020.

This design concept still has a long way to go before it is considered operational. The floating islands are being imagined by many as more than a technological/engineering feat, they are being treated as an opportunity to experiment with new types of governments and societies.

This concept of engineering oceanic landmasses was recently featured in the ‘Floating Cities’ competition in which designers and thinkers from around the world were invited to envision how this new city may look and function. Two proposals took out first place and have shaped the way in which leaders around the world shall now be considering the architectural, technological, and sociological facets of the floating city-to-be.

One team comprised of Gabriel Scheare, Luke & Lourdes Crowley, and Patrick White developed the idea for Artisanopolis, a city comprised of geometrical bases that can be combined and disassembled to grow organically responding to the community’s needs.

Each section would be easily moved by a tugboat making each component fully interchangeable within the city and potentially among cities. Ballasts under each module can adjust the height while an interlocking mechanism connects each pavilion to create fractal-like networks for growth and stability.

Pentagonal platforms with larger surface areas can host a multitude of private and public structures designed as nodes from which other branches of the structure can expand. Around the entire complex, a circular wave-breaker helps control large waves and wind while energy is sustainably harvested from submerged wave-driven turbines and solar arrays; aquaponic greenhouses produce fresh food while desalination centres produce fresh water.

Artisanopolis’ focus on growth and sustainability make it a viable solution for civilisation on high waters while still providing the flexibility for architectural and social exploration.

The specific surface structure of the walls and ceiling was developed through extensive material research, design features include: highly dense and extremely heavy engineered gypsum fiberboard panels reflect sound, various circulation routes connect the multi-story scheme, escalators that lead visitors to the upper reaches of the building and much more.

Tied for first place with the Artisanopolis team is the comparable proposal by Simon Nunny titled ‘Storm Makes Sense of Shelter’. Whilst this design also makes use of geometrical modular design, the overall scheme of the two designs remains quite different. This project features a more homogenous architectural style, as the structures are derived to be self-sufficient and energy-producing mechanisms. All buildings are raised one story above the ground allowing for continuous public space and an extra component accounting for bad-weather conditions.

The external envelope of the structures defines the start of a spatial buffer between the exterior and interior facades helping to further insulate conditioned spaces against extreme weather. This buffer space, envisioned as a garden area, would produce food along with the various rooftop gardens, while solar halo’s above each building collect the sun’s energy.

The architectural nodes, functioning as independent units could also be combined to host larger programs. The platforms are not fully floating but are instead loosely anchored to the ocean floor by fabric ocean pipes that form aqua tunnels fostering the growth of sea life from the rich seabed to the barren surface, over time creating large flexible reefs promoting oceanic biodiversity.

With these two designs making waves around the world, it looks like these design concepts will soon be fast-tracking a path to construction and implementation.

For more information on the winning designs, read the original article HERE