A regeneration project of a 19th century railway embankment will see 36 mature British trees dotted 18m above ground along a pedestrian bridge. 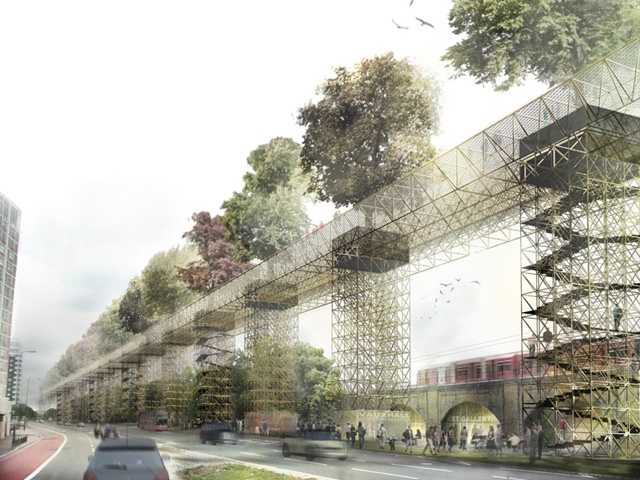 In the London suburb of Vauxhall, a development proposal called “Higher Line” aims to dot 36 mature British Trees 18m above ground every 30m along a pedestrian bridge stretching 2.4km. 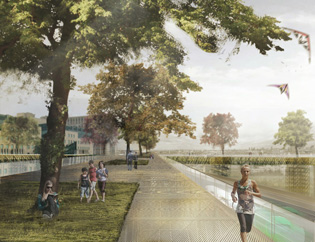 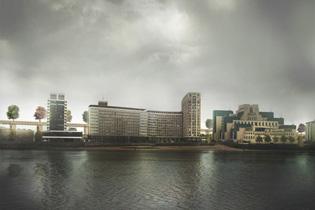 The development is in essence a regeneration project of the 19th century railway embankment. In an effort to bring innovation and allure to the area, the project has been referred to as the missing link of the city.

The structure runs perpendicular to the transportation roads beneath and has raised platforms, upon which the 12 metre wide pedestrian pathway will run, with perpendicular crossings along a cardo (north south) as well as decumanus (east-west).

The aim is to create an iconic, landmark structure as well as to improve the structure and thus the quality of life for the local residents. Such that one petrol station will be replaced with a piazza, behind which the brick arches can potentially host art exhibitions and musical performances, while the surrounding areas will be turned into small parks and small allotments.

Rather than a drastic overhaul, the architects and designers are planning slight restorations along the brick spine of arches to both the public thoroughfares and the parts owned privately. Reaffirming the notion of an original concept for a public space that is simultaneously green and innovative, the end result aims to be a ‘higher line’ archetypal of innovation, sustainability, and a green environment united in architecture.