Foster + Partners has revealed the first prototype of their droneport at the Venice Biennale. The structure is intended to become a new frontier in life-saving technology for remote areas in Africa. 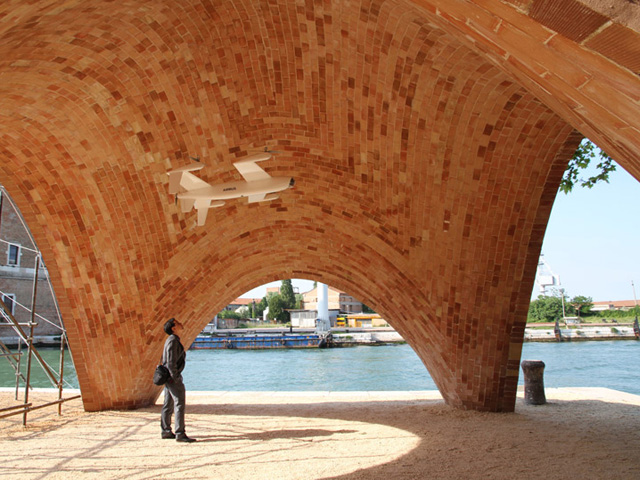 Foster + Partners has unveiled the first full-scale prototype for its droneport concept at the Venice Architecture Biennale 2016. The droneport is designed to transport medical supplies to remote regions in Africa via an organised collective that will coordinate the unmanned flying vehicles. 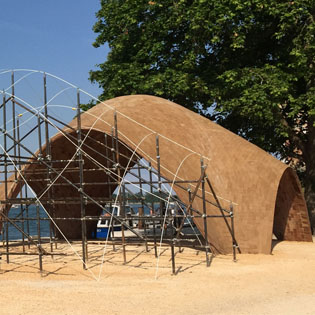 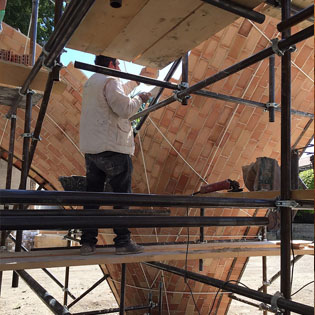 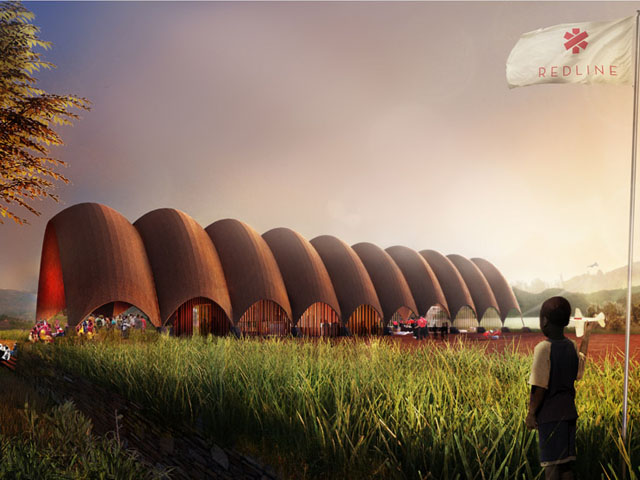 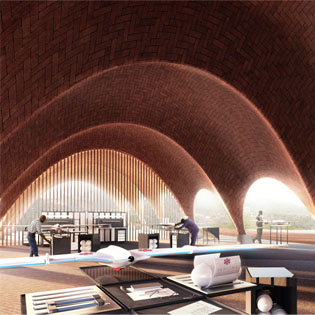 The prototype structure is the inaugural project from the Norman Foster Foundation, which has been set up by Foster + Partners to anticipate technological advances in the field, as well as responding to humanitarian needs and encouraging a more “holistic” view of architecture.

The pavilion currently serves as a symbolic gateway to the newly opened public park of Arsenale di Venezia and the possibility that it should remain as a permanent structure is being discussed.

The vaulted droneport prototype is constructed of two layers of a new type of compressed earth block called Durabric. Developed for use in sustainable construction, this stabilised earth material does not require the intensive use of fuel in its manufacture.

The Norman Foster Foundation is also exploring how SolarBrick - a solar-powered building material - could potentially be incorporated into the droneport design and 3D printed in the future. SolarBricks are designed with solar panels on the external layer of the brick that power an internal battery that in turn powers internal LED lights. This would enable the provision of artificial light, not only to the droneports but to buildings in the surrounding areas where electricity would be otherwise scarce.

With only an estimated third of Africa's population living within a mile of an accessible all-season road, transporting medical supplies to remote parts of the continent is a tough exercise. An effective and probably life-saving solution to this problem can be addressed with the use of drones.

Traditionally drones have been used for a wide range of activities including filming, surveillance, construction and war but Foster + Partners’ droneport offers the opportunity for using drones to transport life-saving medical supplies to remote regions at a fraction of the cost of traditional infrastructure. And, while the primary objective of these droneports is to transport medical supplies, there are also plans to establish a cargo network for less essential, though still much needed, supplies.

The grand ambition of Foster + Partners’ project is to create a network of droneports across Africa that will aid in the delivery of medical supplies and other necessities to areas that are difficult to access due to a lack of roads. It is their hope that every small town in Africa and other emerging regions will have its own droneport by 2030.

"Africa is a continent where the gap between the population and infrastructural growth is increasing exponentially," said Norman Foster. "The dearth of terrestrial infrastructure has a direct impact on the ability to deliver life-giving supplies, indeed where something as basic as blood is not always available for timely treatment."

"The Droneport project is about doing more with less, capitalising on the recent advancements in drone technology – something that is usually associated with war and hostilities – to make an immediate life-saving impact in Africa."

Work is set to begin on the Rwandan droneport scheme in 2016 and be completed by 2020. It is estimated that drones flying from the port will be able to cover 44 per cent of Rwanda.