Australian firm Elenberg Fraser has won planning approval for a 226m Melbourne skyscraper that will feature a curvaceous form inspired by Beyoncé. 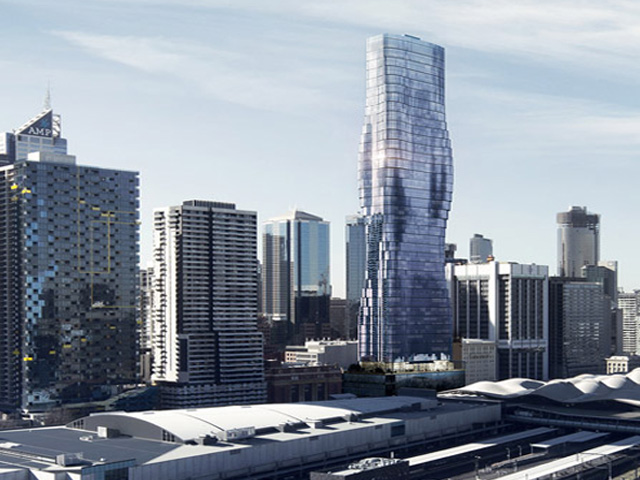 Hosting a series of curves and forms designed to make it structurally efficient, the new Premier Tower is an architectural reference to one of Beyoncé's music video. The shape is a homage to the undulating fabric-wrapped bodies of dancers in the singer's music video Ghost. 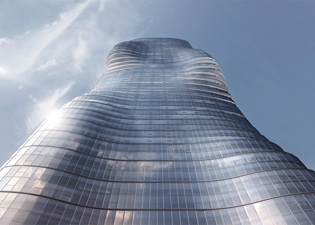 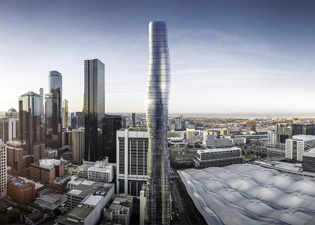 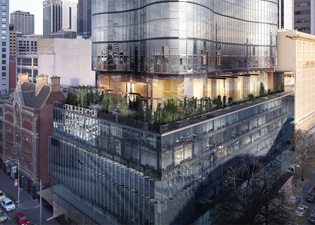 "For those more on the art than science side, we will reveal that the form does pay homage to something more aesthetic – we're going to trust you've seen the music video for Beyoncé's Ghost," said the Melbourne-based studio.

The 68-storey structure, which was approved by planning officials in May, will be located at the west end of the city's central business district. It will contain 660 apartments, as well as a 160-room hotel.

Parametric modeling - a type of computer-aided design that allows complex shapes to be created in response to data constraints - was used to develop the unique form, which will swell in and out at various points around the facade. According to Elenberg Fraser, the shape of the Premiere Tower also responds to climate, wind and the particular limitations of the site.

"This project is the culmination of our significant research," said the firm. "The complex form – a vertical cantilever – is actually the most effective way to redistribute the building's mass, giving the best results in terms of structural dispersion, frequency oscillation and wind requirements."

Public house the Savoy Tavern, which reopened in 2014 after laying derelict for nearly 20 years, will now be demolished to make way for the new tower. The aim is to eventually replan the entire precinct, whilst also respecting its heritage buildings. "The whole precinct is designed with a more long-term view to urban design, creating a self-sustaining development," added the architects.