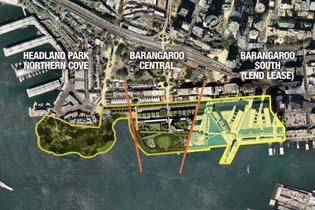 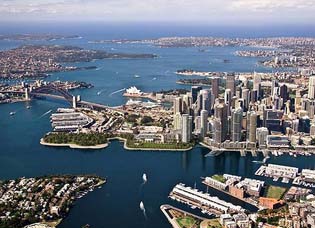 Green Star – Communities is an independent, national rating tool developed by the Green Building Council of Australia (GBCA) to support the design and delivery of more sustainable, productive and liveable communities.

According to the GBCA’s Chief Executive, Romilly Madew, Lend Lease has a long history as a market leader in sustainability, and was an early adopter of the Green Star rating tools for buildings.

“Just as, back in 2005, Lend Lease’s 30 The Bond demonstrated that green building was achievable, we expect Barangaroo South will become a new green icon of sustainability at the precinct scale,” Ms Madew says.

“Now we are proud to be a pilot project for the next generation of rating tools that examine the sustainability of whole communities. We look forward to testing our sustainability plans against the credit criteria, and assisting the GBCA to test the pilot tool on a live project,” Mr Wilson says.

He adds that the Barangaroo Delivery Authority is also a sponsor of the Green Star - Communities tool and is supportive of Lend Lease’s pilot process at Barangaroo South.

The GBCA will now work with Lend Lease to benchmark Barangaroo South against 38 credits in the Green Star – Communities categories of Liveability, Economic Prosperity, Environment, Design, Governance and Innovation.

With a mix of uses, including commercial, residential, retail and dining, along with a new landmark hotel, on completion Barangaroo South will be home to around 1,200 residents, 23,000 office workers and more than 2.9 hectares of public space.