An application to dramatically increase 1st and 2nd year apprentice wages reveals the increase would threaten up to 12,000 construction apprenticeship positions. 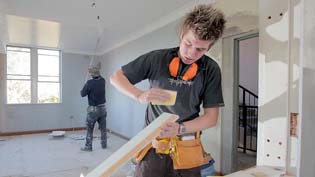 An economic study of an application by unions to dramatically increase first and second year apprentice wages reveals the increase would threaten between 5,850 and 12,000 construction apprenticeship positions. 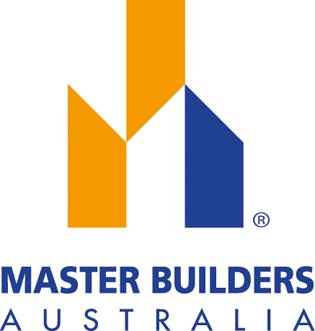 In a review of the Building and Construction On-Site Modern Award the CFMEU and the ACTU have applied to increase first year apprentice training base wage by 33 per cent and second year base wage by 18.3 per cent. The full bench of the Fair Work Commission is due to begin hearings into the review of wages and conditions for apprentices, trainees and juniors at the start of March.

A Centre for International Economics study commissioned by Master Builders Australia and the Housing Industry Association revealed the union's application would make it more attractive to employ fully qualified tradespeople and reduce demand for apprentices.

Wilhelm Harnisch, Chief Executive of Master Builders Australia said the union's proposal is a significant threat to the apprenticeship system and jobs for young Australians.

"It comes at a time when the Government is putting in place measures to create jobs for young Australians, such as the Kickstart apprenticeship bonus for the building and construction industry and National Jobs and Skills Expos announced on Friday by the Hon Kate Ellis MP and Senator Kim Carr.

"As the largest trainer of apprentices, the building and construction industry wants to continue its proud tradition of creating jobs for young Australians.

"The union's claim will add an additional $390 million in costs to the industry, mostly born by small businesses that employ up to 70 per cent of all construction apprentices. At a time when the industry is really doing it tough, it puts a real strain on the viability of the apprenticeship system.

"If the base wage for first and second year apprentices is dramatically increased, employers must choose between employing a young apprentice or a more productive fully qualified tradesperson. If you were a business owner, which one would you chose?

"Increasing the cost of training will reduce demand for apprentices. If introduced, the unions proposal will do irreversible damage to the industry's future skills pool. It will undo all the good work of the Government's Kickstart scheme which attracted tens of thousands of apprentices into the industry.

"The union needs to understand an apprenticeship is a period of training, it is all about learning a trade that will lead to a very rewarding career. Apprentices get paid while they learn. In comparison, a university student can pay tens of thousands of dollars to obtain their qualification," Mr Harnisch said.