A bold design for a concert hall in Perth that echoes the structural form of the Sydney Opera House hopes to put the city on the international stage. 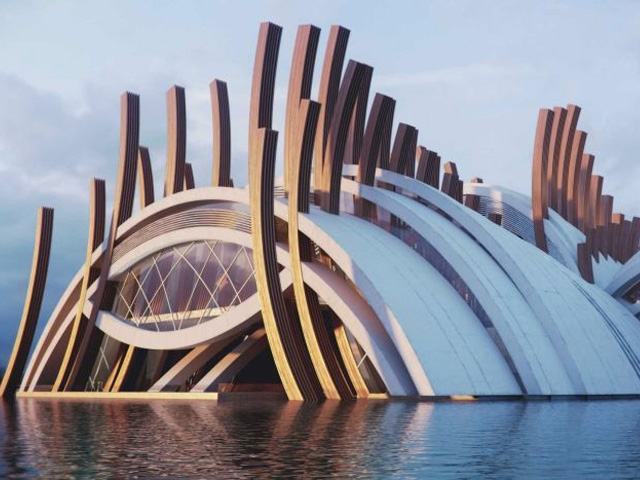 An ambitious design for a concert hall in Perth has been unveiled by Designer Shane O’Riley of Visionary Vanguard, who has spent five years designing the structure and believes it will place the city on the international stage. 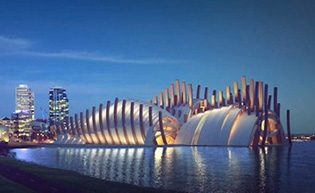 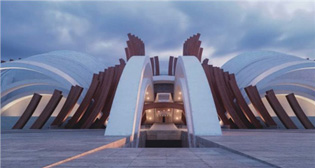 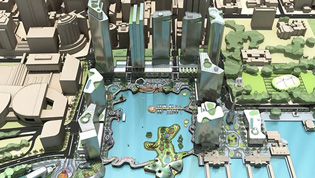 Designed as an iconic structure that will rise out of the Swan River, the concert hall will feature a form that echoes the structural design of the Sydney Opera House.

According to O’Riley, “jaws have dropped” when people see the bold design, which he hopes will be realised as part of the Elizabeth Quay waterfront development in Perth.

Elizabeth Quay is a $2.6 billion urban development project which spans almost 10 hectares and is designed to reconnect Perth to the iconic Swan River. There is a currently a space reserved for a cultural precinct, which is precisely where O’Riley hopes the hall will be located if realised.

The proposal calls for a full cultural venue with the ability to seat 1,200 people and house an opera house, art gallery and outdoor amphitheatres.

Aesthetically, the design has drawn mixed responses from critics and the public. It has already been compared to a lamb rack, an echidna and a crustacean rising out of the water. These descriptions are reflected by the venue’s arc-like structure, which is reminiscent of the “shells” of the Sydney Opera House but also features a wooden skeletal structure rising vertically and weaving through the white façade.

O’Riley described the structure as a a metaphor for “what it feels like to be sculpturally inside music, without the experience of the sound.”

“The living embodiment is you being inside a musical instrument, a sculpture, something that is dynamic and inspirational,” he said.

O’Riley’s vision has already secured a national conceptual design/unbuilt projects award from the Building Designers Association of WA and has attracted international interest.

“Shayne’s conceptual design for an amazing new Regional Arts Centre on the Perth foreshore is truly exciting and adventurous,” the Building Designers Association jury said. “It is skilfully designed to collect natural light from the north, distribute it into the core, transfer heat gains and maximise natural cooling through mass construction, at the same time combining function, quality and stunning aesthetics.”

With a projected cost of $1.2 billion many are doubtful O’Riley’s ambitious project will be realised. He said, however, that people need to look past the cost and think about what an iconic building could do for the city.

“If you look at Sydney for example, it is the architectural and urban landmarks that have located it on the map,” he said. “We need to think about things in Perth in terms of what we need iconically and then have everything else revolve around that centrepiece”.