The pavilion that will host Milan Expo 2015 is an innovative building that will serve as an icon of sustainable design. 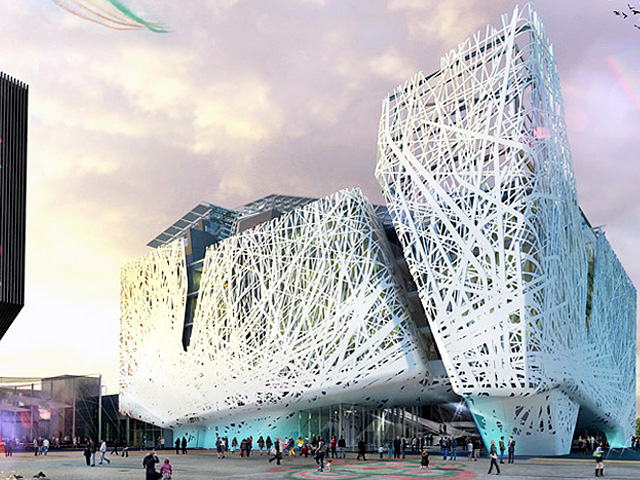 The external facade of the six-storey structure will feature over 900 panels made from a special type of air-cleaning cement. 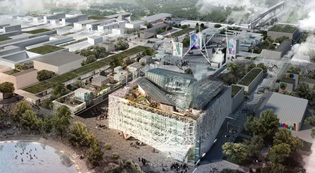 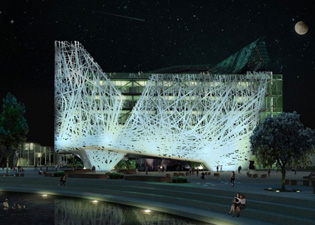 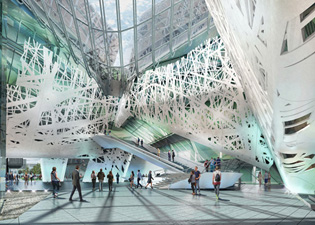 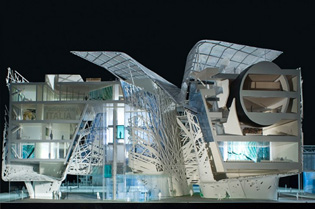 “In direct sunlight, the active principle contained in the material ‘captures’ certain pollutants present in the air and converts them into inert salts, helping to purify the atmosphere from smog,” the architects explained.

While the facade creates a unique geometric texture of shadow and light within the building, the internal structure of the Palazzo Italia was inspired by traditional Italian villages, featuring a central square surrounded by four blocks that will provide additional spaces for social events, offices, meeting rooms and temporary restaurants for Expo attendees.

Last year, Nemesi & Partners won an international competition held to decide who would design the pavilion. Since then, they have been working with a group of engineering firms and sustainability consultants to ensure the 9,000 square metre building will be complete in time for the Expo 2015.

The smog-filtering facade will require the use of an estimated 2,000 tonnes of cement. Around 80 per cent of this air-purifying cement is made from recycled materials, such as scraps from Carrara marble. In addition, the Palazzo Italia will be fitted with a photovoltaic glass rooftop to generate solar energy during the day.

Inspired by nature, the facade’s design resembles large tree branches which wrap themselves around the modern building. According to the architects, this design will act like an ‘urban forest,’ not only by providing an aesthetic look but also by mimicking the role of trees, which naturally help to clean the ambient air.

“The overall concept of the architectural design of the Italian Pavilion is that of an urban forest in which the building, through its skin and its volumetric arrangement, takes on the features of an architectural landscape. The branching pattern of the external cladding of Palazzo Italia coherently interprets the theme of the tree of life, inserting it in the form of a petrified forest,” the architects said.

Palazzo Italia will be one of the central features of Milan Expo 2015, which will take place in Milan, Italy, from May through October of next year. According to the city plans, the pavilion will remain in place after the Expo finishes, preserved as an icon of sustainable design.