Plans for a triangle-shaped tower – and the first new skyscraper in over 40 years - have been unveiled for Paris. 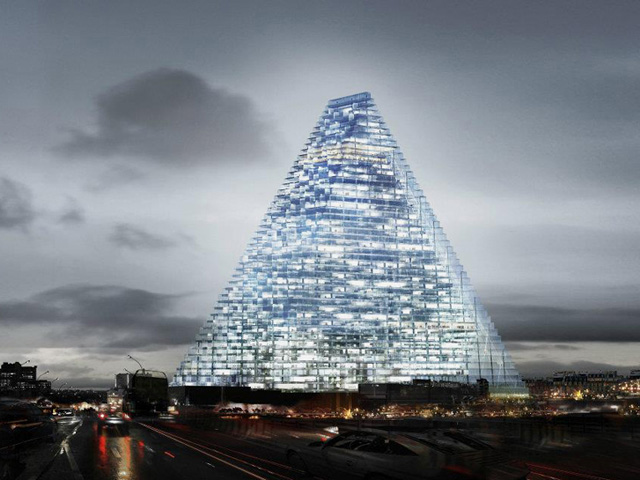 If built, a 180-metre tall Triangle Tower will become the third highest tower in Paris, after the 324-metre Eiffel Tower and the 209-metre Montparnasse Tower. 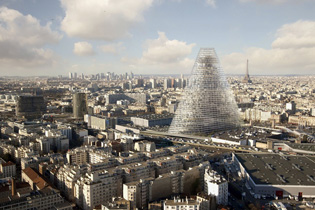 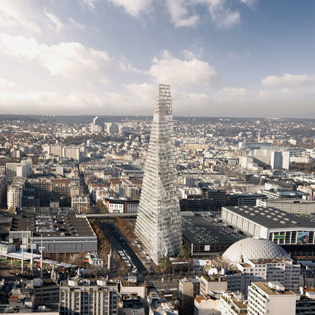 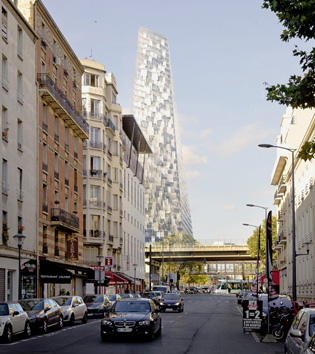 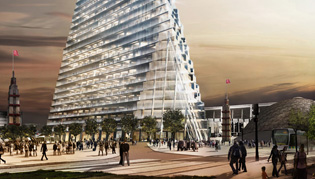 "It will not only be a landmark from which the urban panorama can be experienced, but also an outstanding silhouette in the system of axes and monuments of the city," commented the project architects Herzog & de Meuron.

Anticipated to create 5,000 jobs according to local officials, the mixed-use Triangle Tower will be the first new skyscraper in Paris in over 40 years. It will combine street level shopping with offices, a conference hall, and panoramic restaurant above.

The project plans on utilising both wind and solar power to generate energy, and its shape would limit the shadow on neighbours.

The Triangle Tower revives collective trauma over the controversial Montparnasse Tower, still criticised as a modern architectural blight by many Parisians more than 40 years after its construction. In 1972, the Montparnasse Tower provoked a heated dispute, resulting in the introduction of a 37-metre height limit for all new buildings within the city's arrondissements – the 20 districts that form central Paris. Polls repeatedly show that Parisians have a strong reluctance to skyscrapers, wary that they will permanently damage the look and feel of a city famous for its preserved architecture.

The former Mayor of Paris, Bertrand Delanoë strongly backed the project, which was in his opinion “emblematic of Paris’ aura and dynamism”.  Despite being rejected by Paris’ city council last week, the Triangle Tower could still be built, after the new Mayor Anne Hidalgo declared the original vote invalid.