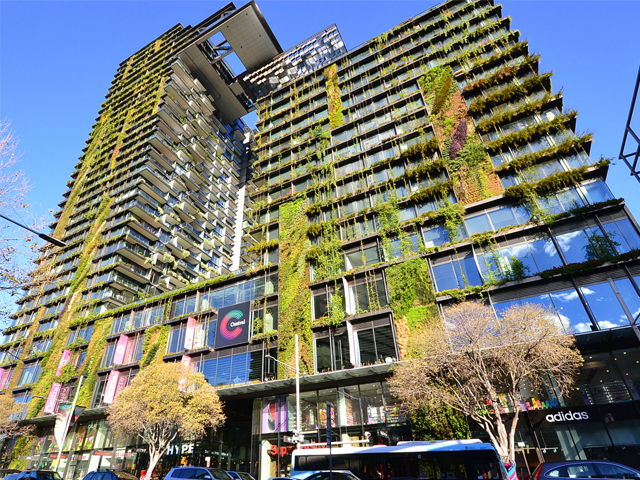 The way our cities and towns are planned, designed and built has a vast impact on the economy, the environment and our wellbeing.

Sustainability and liveability have become popular buzzwords over the past decade, but developing truly sustainable communities that can thrive in Australia’s most populated regions requires far more than a focus on their environmental impact.

The City of Sydney’s Green Square development is a modern, commercial and residential precinct that demonstrates sustainable high density living in practice.

Key to the goals set out in the council’s Sustainable Sydney 2030 plan, 278 hectares of the city’s industrial heartland are being transformed into a vibrant, sustainable and connected neighbourhood that utilises innovative design to create a community for the future.

The council’s vision to build a cohesive and self-sustaining community in Green Square has been enabled through best-practice design principles, combined with sustainability innovations – creating the framework for a thriving community in the heart of Australia’s busiest city.

City of Sydney chief operating officer Kim Woodbury says Green Square’s success has come down to planning and cooperation with the local landowners, government agencies and developers as well as continued engagement with existing and incoming communities.

“The process is that you have to plan well for a future community and you have to have a vision for what you are trying to achieve,” Woodbury said. “If you look at the scoring system for the Green Star – Communities rating, it talks about governance, it talks about planning; it’s not just about the environment.

“Although there is a big environment component it [also] talks about bringing the community along with you.”

An example of this is the Green Square community and cultural precinct, which opened in May 2018. This precinct is home to a new green infrastructure system with a water treatment facility that supplies recycled storm water to the town centre for flushing toilets, green space irrigation and cooling towers.

Beyond its green infrastructure centre, Green Square’s layout fosters a pedestrian-friendly environment with low speeds and high visibility. The geographical placement of the town centre links residential and commercial areas with the station interchange and prevents existing through traffic from penetrating the core of the town centre.

These thoughtful design additions ensure local business owners and residents are connected to their community and environment – while remaining well-serviced and accessible through public transport.

As an urban community with over 60,000 future residents (half of whom have already moved in), the concept of social cohesion is also at the core of Green Square’s vision.

Creating a diverse, equitable and connected community is the key to success of any urban renewal project, and City of Sydney have featured this heavily in what they are trying to achieve at Green Square – integrating it at all levels within the development.

For example, Green Square utilises well-designed public spaces, which act like communal living rooms, to encourage locals and visitors to interact and get to know one another. These spaces and initiatives work to aid quality of life in the high-density urban area and to ensure the wellbeing of residents.

A significant public art investment will also support the social and cultural growth of Green Square and tell the story of the area’s history through interactive public artworks.

A significant public art investment will also support the social and cultural growth of Green Square and tell the story of the area’s history through interactive public artworks. City of Sydney

Green spaces, in particular, are intended to help the community instinctively come together and develop bonds with one another. A significant public art investment will also support the social and cultural growth of Green Square and tell the story of the area’s history through interactive public artworks.

Over a 10-year period, the City of Sydney is investing $540 million to develop landmark facilities to underpin the emerging community – including a new library and plaza, aquatic and recreation facilities, a childcare centre and a community and cultural precinct.

These facilities have all been carefully thought-out to ensure they become places for residents to be with each other as a community, and are the product of extensive community engagement that featured heavily in the development phase.

The council also undertakes a survey every two years through the University of NSW to study the social cohesion and community aspects within the Green Square urban renewal area.

The survey gauges the community’s views and concerns, their wellbeing, any plans for the future and their sense of attachment to the area – with their feedback guiding future decisions for the area to ensure an ongoing sense of community and cohesion within development.

“We also utilise pop-up events to engage the community, whether it’s to do with new infrastructure and new developments coming up or to see what residents would like,” Woodbury said. “From a placemaking viewpoint I think it’s important to know that governments and developers can build certain things but they can’t make a community.

“You can provide a framework and encouragement for the community but it has to build itself up naturally.”

When fully developed, Green Square will accommodate close to 61,000 people living in 30,500 new homes and provide around 21,000 permanent jobs.

Previous postRECYCLED IS THE NEW BLACK Next postHow Will Cycling Shape the Future of Our Cities?