Australia’s Mansfield’s Propagation Nursery has received the Silver Rose in the prestigious International Grower of the Year Award. 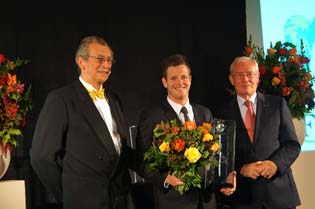 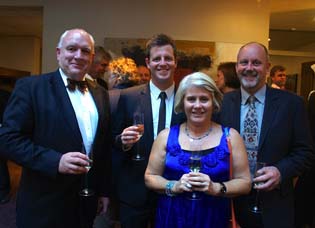 Mansfield’s Nursery from Victoria was awarded the honour of second best in the world from among six finalists of leading nurseries from Canada, England, Italy, Netherlands and Belgium. The winner of the Gold Rose was a 400 hectare nursery from Canada.

“Just being in the six world finalists is an achievement in its own right for us and this award is a wonderful recognition not only for our business but also for all the people who are committed to excellence in everything we do,” said Mansfield’s Business Development Manager, and third generation of the family in the business, Mr Daniel Mansfield, who travelled to The Netherlands for the award announcement presentations last night.

“Our nursery was one of the smaller nurseries among the finalists so it shows to the nursery industry in Australia that a commitment to world’s best practice is achievable and profitable, no matter what size your business is,” Mr Mansfield said.

An international panel of judges acknowledged Mansfield’s outstanding presentation for the award at the AIPH Congress where the winners were announced. Nursery & Garden Industry Australia (NGIA) nominated Mansfield’s after it had won two national awards for three years running.

The International Grower of the Year Award is not just awarded for growing excellence but for business strategy and performance, innovation, professional marketing, environmental standards and social responsibility.

“This is great result for an Australian nursery and Australian business because it demonstrates that we can compete with the best in the world,” the CEO of NGIA, Mr Robert Prince said today.

“The world-class standard of Mansfield’s operation was reflected in their entry, so it is only fitting they were voted as one of the top two nurseries for 2012 and awarded the Silver Rose,” Mr Prince added.

It was the first time an Australian nursery has been selected as a finalist for the Award, which is presented each year by the International Association of Horticultural Producers (AIPH).

The NIASA accredited and EcoHort certified nursery, located in the outer Melbourne suburb of Skye, produces 2.5 million plants a year and employs up to 45 staff.

“It is a phenomenal result. Our selection is a tribute to all the great work our staff and management team do,” Mr Mansfield added.