Britain’s Garden Designer of the Year Andrew Fisher Tomlin returns to the Ellerslie International Flower Show in 2013 as the Convenor of Judges. 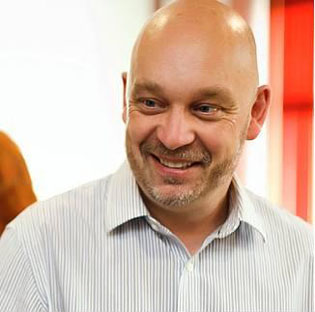 Britain’s Garden Designer of the Year Andrew Fisher Tomlin returns to the Ellerslie International Flower Show in 2013 as the Convenor of Judges. 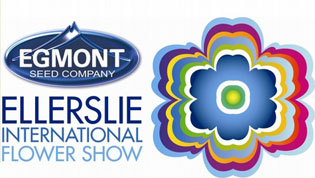 Fisher Tomlin, who judged at the first Show in Christchurch in 2009, says he is excited about returning to New Zealand and judging again at what he believes is “one of the best flower shows in the world”.

He says judging at the first Ellerslie International Flower Show in Christchurch was “like a breath of fresh air because there was a feeling that anything was possible, regardless of budget, experience or ingenuity”.

“In fact, I saw a lot of ingenuity proving that you don’t need big bucks to make a huge impression.”

Fisher Tomlin, who has just been named Garden Designer of the Year at Britain’s New Homes Gardens Awards, has impeccable credentials. He sits on the selection panel for the Royal Horticultural Society’s Chelsea Flower Show and other RHS shows, as well as being an assessor and judge for the events.

He is a director of the London College of Garden Design, which has launched the careers of many well-known designers and mentored the likes of Jo Thompson, who won Best in Show at Chelsea in 2010.

His company, Fisher Tomlin & Bowyer, works throughout the world. He is currently working on private residences and public parks in the United Kingdom, France, Sweden, the Caribbean and Russia, and consulted on the wetlands development for the London 2012 Olympic Athletes’ Village.

Fisher Tomlin is a firm believer in new designers leading the way and is hoping to see new ideas and new designers, and an unexpected take on what a garden should be at next year’s Ellerslie International Flower Show.

“What I want to see is the things where visitors say: ‘I never expected that, but I could do it at home’. Garden shows should be about inspiring visitors and the next generation of garden professionals,” he says.

“What I will be looking for in good design is the big idea. What is the exhibitor trying to tell me here? Simplicity of message and an understanding of core design values, such as balance, continuity and focus is important, but so is quality of material finish and horticultural excellence.”

Fisher Tomlin says he is looking forward to returning to New Zealand, renewing friendships and sharing his passion for the international language of plants: “I have seriously never felt so welcome to a place as I did to Christchurch.”

The 2013 Ellerslie International Flower Show will be held in North Hagley Park from 6 to 10 March.

What a coup!
Universal Magazines