The 2012 Urban Design Conference will be held in September and will look at mapping urban residual space and the re-use of existing buildings. 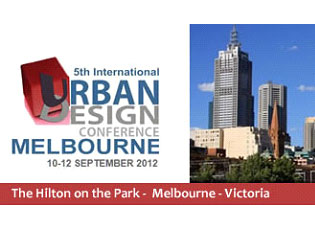 The need to realise a higher density of houses within Australian cities has shown a preoccupation with the demolition of existing buildings, the consolidation of sites and the construction of multi storey residential buildings.

As these buildings interact with the street they are often more concerned with the pragmatics of exclusivity, security, garaging vehicles, and building services, rather than responding to the social, cultural and economic potential of the street.

While adapting urban form for higher densities is a necessary process in ‘living sustainably’ (Blair et al., 2004), new residential developments should respond to the formal structures that have made successful streets in the past (Alexander et al., 1977; Jacobs, 1961), and realise the opportunities that exist for the re-use of existing buildings and structures.

Chris Tucker, Lecturer, University of Newcastle, School of Architecture and Built Environment, will speak at the 5th International Urban Design Conference, to be held at The Hilton on the Park in Melbourne from September 10 – 12, 2012. He will outline a longitudinal study being undertaken to map the residual or ‘left over’ space around existing buildings within urban streets and investigate the potential to occupy this space with new housing, retail and commercial spaces.

A case study is developed within Newcastle that shows how the volume of residual space within urban streets can be accurately mapped based on of the visual and physical permeability of existing buildings; the allowable built volume outlined within planning controls; and in relation to the National Construction Code of Australia.

Within Newcastle the space on the outside of buildings above the pedestrian pathway space is available for development because many of the original buildings that occupied these streets were built out to the edge of the road with awnings, private decks and enclosed spaces; this historic precedence allows for this space to again be occupied. The paper concludes with opportunistic design projects that respond to the findings of the study, showing how compact highly serviced ‘rooms’ might attach to urban ‘free space’, activating urban space that would otherwise be lost.

The full program for the upcoming conference is now available on the website: www.urbandesignaustralia.com.au

The 2012 Platinum Sponsor for the Urban Design Conference is the Department of Planning and Community Development, Victorian Government.