THE CIRCULAR LOGIC OF GERMANY’S RHEINRING


A free floating ring in Germany offers a new experience for pedestrians and cyclists, and creates a new urban space for the city of Cologne. 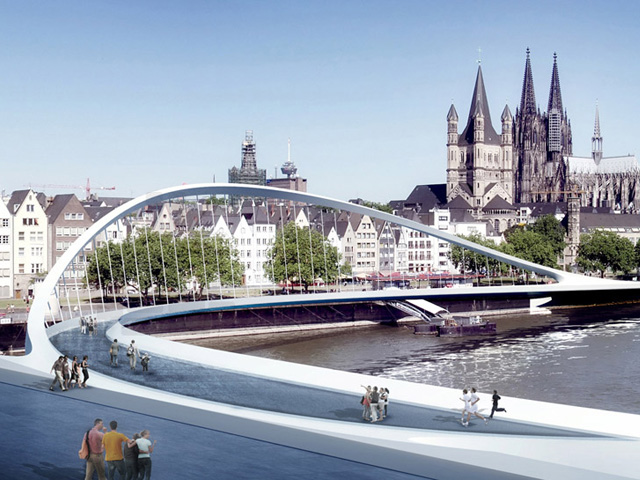 The RheinRing is a free floating ring located at the Rhine Carée, one of the most significant public spaces of Cologne, between the two major bridges, the Hohenzollernbrücke and the Deutzer Brücke. It serves to represent the new centre as well as the link between the two halves of Cologne’s inner city. 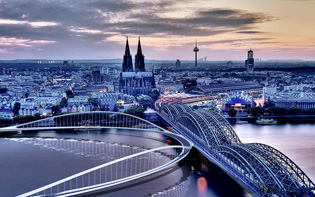 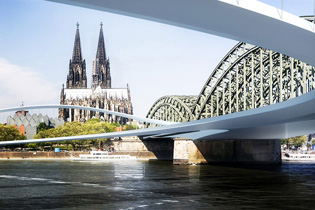 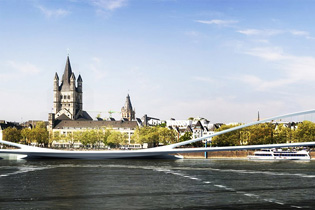 The free floating ring is based on the geometrical model known as the super ellipse introduced in 1959 by the Danish writer and inventor Piet Hein. He describes the beautiful shape as having “the same convincing unity as the circle and ellipse, but it is less obvious and less banal, it is a relief from the straitjacket of the simpler curves of first and second powers, the straight line and the conic sections."

The cantilever arch bridge forms barrier-free and inviting access with its generously rounded passages to the water’s edge and to the existing Rhine bridges. Here the new pedestrian promenade joins the existing route forming a multi-layered road network.

Since the support-free suspension requires no additional bridge piers in the Rhine Carrée, river traffic moving along the north-south axis remains unaffected.

The RheinRing offers a new experience for pedestrians and cyclists, who can now experience the river Rhine on their transport trajectory. The additional urban space which has been gained also presents great potential for cultural events, sports and leisure activities.

The RheinRing as an urban space creates multiple synergies. The characteristic ring structure of the city gains a more identity-boosting centre, which serves both the needs of traffic and those for recreation; and it forms a new stage for public life in the centre of Cologne.