Three cycleways and a neighbourhood park are among 10 small projects that are slated to revitalise the public spaces along the Parramatta Road corridor. 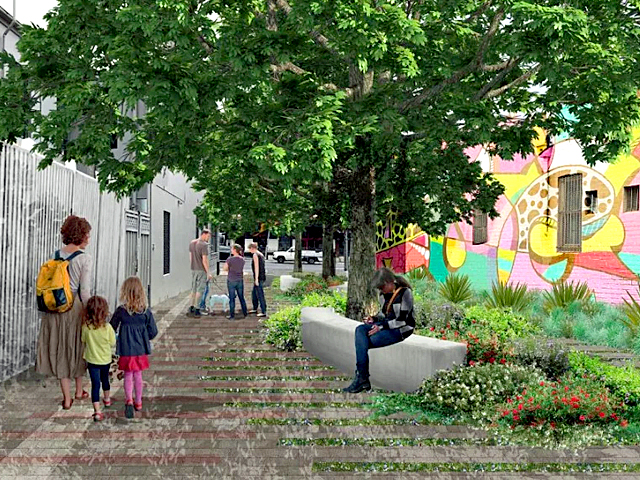 An artist's impression of a 300-square-metre park to be built on Petersham Street between Parramatta Road and Queen Street.

The projects will begin in the next few months in Sydney's inner west after the state government doled out $20 million for the rejuvenation.

The funding awarded to Inner West Council comes from a $198 million program aimed at revitalising open spaces and pedestrian and bike links along the 20-kilometre stretch.

The latest round of funding will go towards 10 projects, including a new cycleway along Dot Lane between Norton Street, Balmain Road and through to Hay Street in Leichhardt.

Petersham Street, between Parramatta Road and Queen Street, will be converted into a 300 square metre park with newly planted trees plus new benches and bike racks.

Upgrades will also be made to six streets that intersect Parramatta Road in Leichhardt and Petersham, including new trees, benches, lighting and cycleway markings.

Planning Minister Rob Stokes said the coronavirus crisis had highlighted the role public spaces and green links played in bolstering wellbeing and local businesses. "We will continue to support councils to deliver attractive, usable public spaces for their communities to enjoy now and once this crisis is behind us," he said. 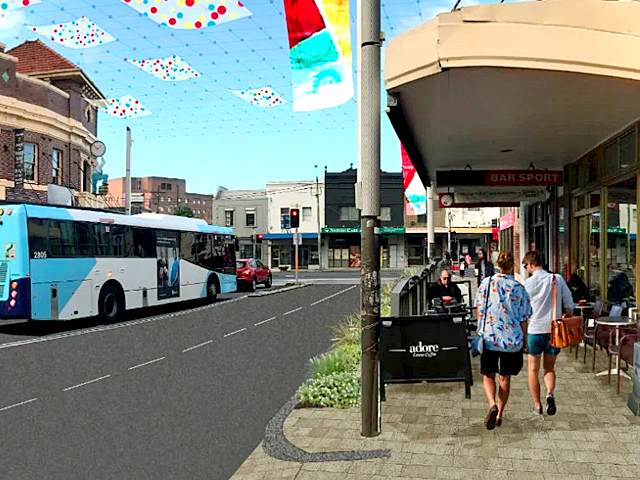 An artist's impression of improvements to Norton Street in Leichhardt.

The public has flocked to parks for exercise during the shutdown of businesses, schools and community facilities such as libraries and pools.

Inner West Council's Labor mayor, Darcy Byrne, said the projects were ideal for improving public domains, leaving a long-term legacy and a quick means of stimulating the local economy and creating jobs. "We want to see more of these. We could have a big pool of capital to invest within weeks or months, improving local facilities and creating jobs," he said.

But he conceded that changing Parramatta Road from an eyesore into an attractive urban corridor was a long-term project. "There is a very long list of government ministers who have promised over the years to turn it into a tree-lined boulevard. We have to be circumspect in what we think can be achieved on Parramatta Road, but this is an important first step," Byrne said.

The latest projects for Annandale, Leichhardt and Petersham are in their final stages of planning and design, and construction is due to begin as early as September.

They take to $152 million the government has distributed to councils from the program, including $42 million recently to Canada Bay Council for a redevelopment of Concord Oval.