Teams have built 19 sun-powered homes in Spain for a contest that shows off futuristic designs, including one house that swivels 180 degrees. 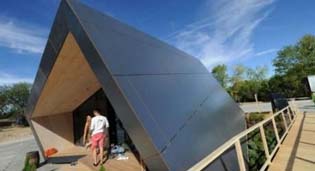 International teams have built 19 sun-powered homes in Spain’s capital, Madrid, for a contest that shows off futuristic designs, including one house that swivels 180 degrees. 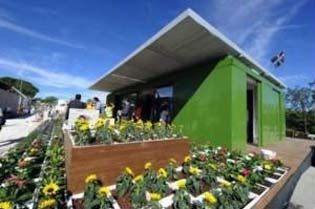 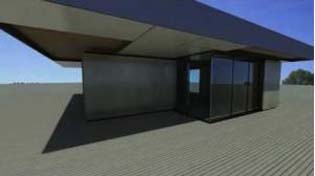 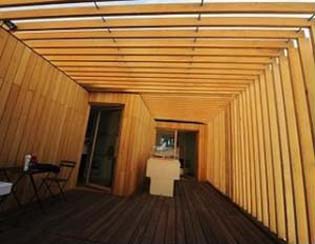 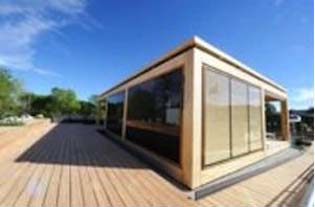 In western Madrid’s huge Casa de Campo park, the sun glints off the solar panels of a futuristic mini-village erected in 10 days by university teams from China, Japan, Brazil, Egypt and across Europe. One home built by a Portuguese team can turn to track the sun’s rays, a French-designed house has walls that move electronically, and a Japanese abode has its own rice paddy.

The homes competing in the Solar Decathlon Europe 2012, which is now open, face a 15-day marathon of 10 trials to measure their merits, including energy efficiency, design and comfort. The winner will be the home that consumes the least natural resources and produces minimal waste during its brief lifetime producing electricity.

The contest is sponsored by private enterprise and by the Spanish government, which subsidises entrants with up to €50,000 ($A62,000).

One of the most striking entrants is by Portugal’s Universidade de Porto, a cork and timber home with by a sloping roof of voltaic solar panels. “The house can turn by 180 degrees,” explains 23-year-old engineering student Joao Agostinho.

It is not just a swivelling home, however. In fact, the house moves electronically according to variations in the sun and light to make best use of the sun’s energy and to reduce the need for heat and interior lighting. The rotation of the entire home uses the equivalent of six light bulbs’ energy and the building produces 2.5 times more energy than it consumes.

A French team from the Grenoble Ecole Nationale Superieure d’Architecture built a model apartment for a tower block that takes the greatest advantage of restricted space. The idea is to have a block with a top floor hosting a communal laundry, “summer kitchen”, and leisure space, bathed in light beneath solar-powered glass panels. Residents share a common staircase and lifts with passages linking to three towers and large elevated platform gardens, all equipped with a recycling system. Inside, a novel way to create space: the walls can be moved electronically to expand a kitchen or create an extra bedroom.

From Japan, the Chiba University team created a traditional Japanese look with tatami mats inside. However, it is actually put together with precise, robot-constructed units and with tiles that are efficient solar panels. The home comes with its own rice paddy, fruit trees and climbing plants.

Not far away, a Chinese entry from Tongji University has walls of criss-cross timbers resembling a giant wine rack, and the roof is sprinkled with giant solar panels.

The competition, first held in 1999 under the sponsorship of the US Department of Energy, lured 200,000 visitors when last held in Madrid in 2010. China is to host the next edition in 2013.