SHELTER BY THE TRACKS


A vibrant red transit shelter installation in Amsterdam offers an intimate space for travellers to rest and reflect on the city from a unique perspective. 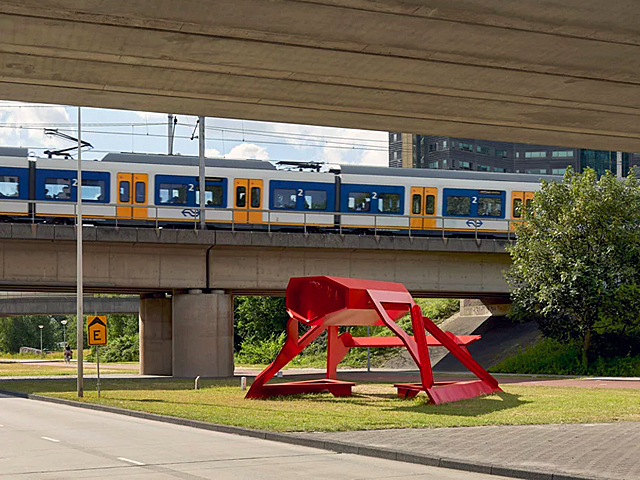 Appearing as an alien-commanded vehicle that just landed on earth, Studio Frank Havermans created a vivid red transit shelter inspired by the former SFB Head Office in Sloterdijk, Amsterdam. The sculptural piece is heavily influenced by the neighbouring robust and enclosed building that dates back to the early 1970s. Seen in plain view, the building’s ring-shaped floor plans allude to a modernist style that encouraged the designer to reinterpret it in his installation. 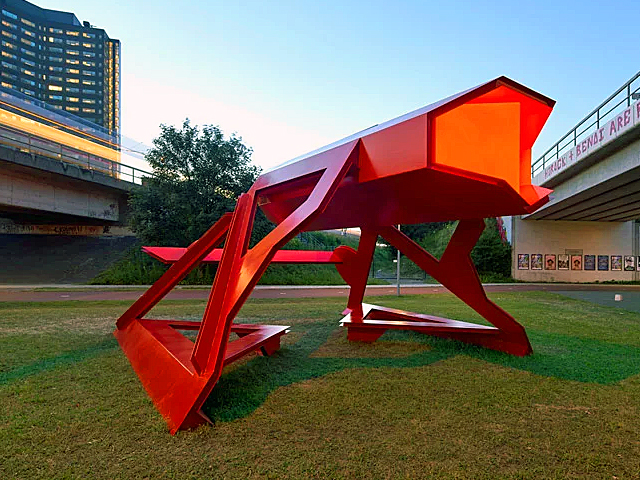 The project, named Kapkar/GTO-B10 was conceived by isolating and folding fragments of the building’s floor plan and transforming them into the angular transit shelter. The designer also used the ambiguous nature of Sloterdijk as a guideline because of its charming yet unusual infrastructural landscape, informing the shelter’s geometry and position within the site. 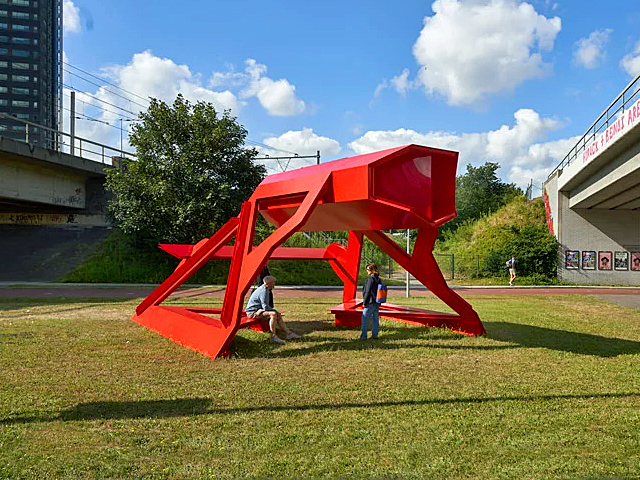 Kapkar/GTO-B10 is strategically placed on a residual area between the exit roads, elevated train lanes and cycle paths opposite Sloterdijk train station, the second-largest international hub in Amsterdam. The shape evolves by unfolding from a planar dimension to the volumetric, with angled elements jutting out in different directions. 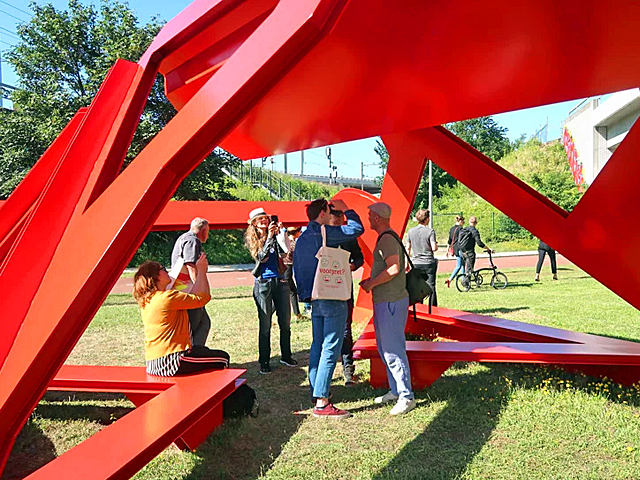 The installation nestles amid the train tracks to provide a more intimate space to reflect on the city and experience the urban dynamics from another perspective. It emphasises and embraces the urban fabric and transportation, allowing visitors to experience these conditions consciously. Reviving the desolate site, Studio Frank Havermans’ piece aims to bring people to the area and use it as a shelter, while at the same time stepping out of it to become fully immersed in the surrounding rough infrastructure of the city.

Shelter by the Tracks
Universal Magazines 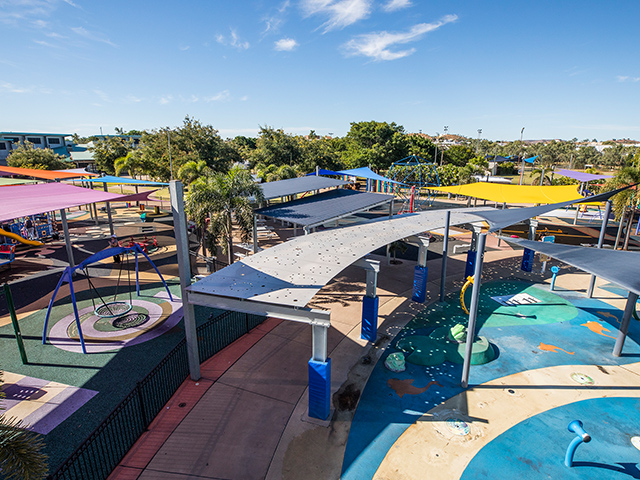 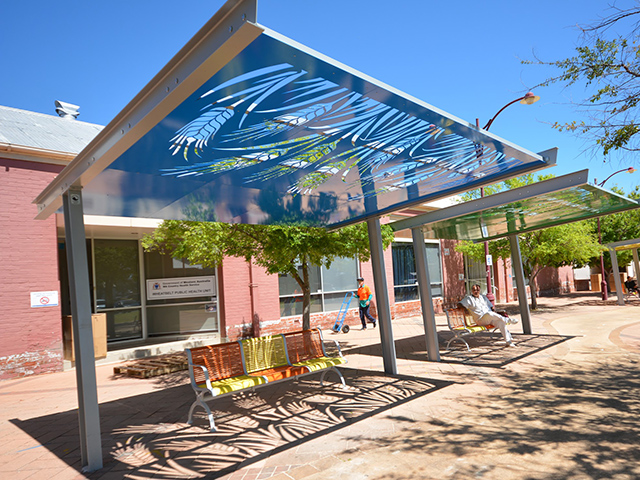 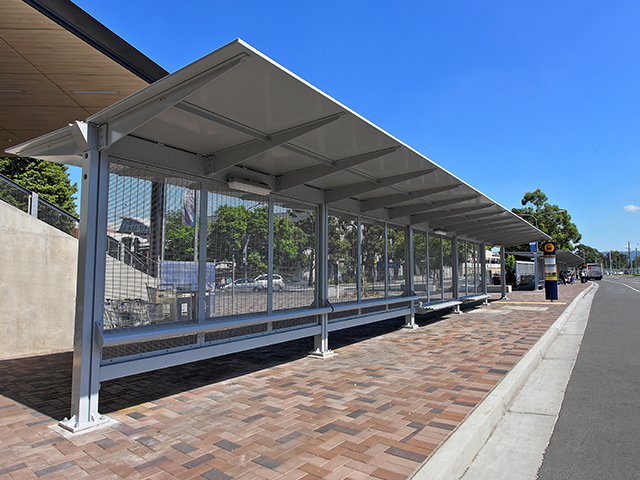