The newest potential player in the renewable energy industry can be found all around us. In breakthrough research, the CSIRO have deduced it is possible to produce oil in various aspects of plant leaves, stems and seeds. 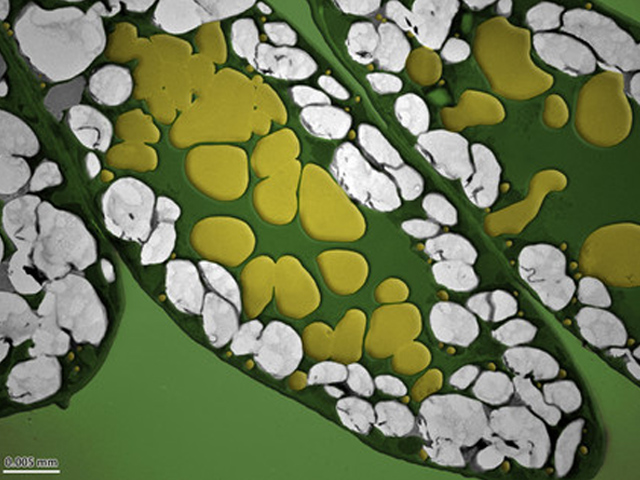 CSIRO researchers have discovered a way to produce oil in the leaves, stems and seeds of plants, in a breakthrough which could mark a significant milestone for the renewable oils industry.

“Previously it has only been possible to extract oil from the oil-rich seeds and fruits of some specialised plants, such as canola, soybean, sunflower, coconut and oil palm,” said Dr Allan Green, innovation leader with CSIRO Agriculture and Food.

“What we have been able to do is switch on this high-level oil production in vegetative tissue, such as in stems and leaves, as well.”

Dr Green explained that the researchers are using solar energy captured by plants to convert their leaves’ starch reserves into more energy-dense oil molecules. This, in turn, increases the energy value of the vegetative tissue where the oil accumulates. In some instances, the research team has been able to get around 35% oil content into vegetative tissue — the same amount as in many oilseed crops.

CSIRO recently signed an agreement with US-based company Amfora, which will see the start-up advance development and commercialisation of the technology to produce energy-rich feed for livestock. This technology will reportedly be used to develop oil content in the vegetative tissue of corn and sorghum. If successful, this will allow the company to market a feed for dairy farmers that does not require them to purchase additional oils to supplement said feeds.

Future applications, such as the use of this technology to produce industrial oils and bio-based diesel, will require further research and industrial supply chain developments.