An overseas recruitment mission is a key part of an ambitious Property Council plan to revive South Australia's flagging population and support initiatives to restore the state's economy to health. 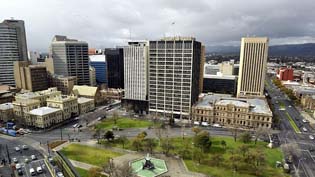 An overseas recruitment mission is a key part of an ambitious Property Council plan to revive South Australia's flagging population and support initiatives to restore the state's economy to health. 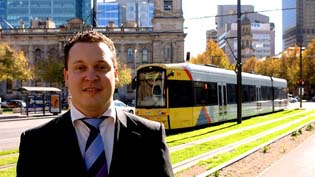 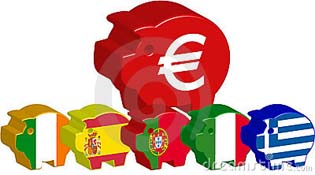 "At sub one per cent population growth, our population growth rate is the lowest on the Australian mainland. This not only contributes to economic stagnation, but it also allows a sense of rot to creep in; it's preventing the vibrancy we all want.

"We have only recently shaken off the 'rust bucket' moniker, and quite frankly I don't know anyone who wants it back."

The Property Council has presented the State Government with a series of policies aimed at boosting the state's growth rate to drive economic prosperity. This will in turn drive growth in key economic sectors such as building construction and redevelopment, retail and hospitality, in turn stimulating other sectors.

"The built environment makes up more than 10 per cent of all employment and all economic activity in this state, so when it slows, the whole economy slows," Mr Paine said.

"And it's not just about jobs and the economy. Without development, innovation and progress towards more sustainable communities stops in its tracks. Tax revenues dry up so governments can't pay for the community's social needs. Our communities simply cannot evolve and improve without it."

The Property Council's proposals centre on a heavy migration push into European countries ravaged by economic turmoil. The P.I.I.G.S nations (Portugal, Italy, Ireland, Greece and Spain) represent ideal targets as they each suffer heart-breaking unemployment levels, especially youth unemployment; there is also some symmetry between the skills base in each country and each enjoys cultural linkages with Australia.

The migration push would target those unemployed people with skills likely to ensure employment in South Australia. It would offer assistance with the costs of moving and rehousing, on the basis of a five-year commitment to remain in Australia. This would require a special visa class, meaning extensive negotiation between Federal and State Governments. It is hoped the program could attract an additional 12,000 migrants to the state each year.

Nathan Paine says this project will no doubt cause controversy, but it has already been tried and tested in South Australia, during the state's heyday.

"This proposal is much like the hailed 'Ten-Pound Pom' scheme that helped build our state," he said.

"That program is remembered fondly for its success in driving local industry, and it formed the demographic base of modern South Australia. If implemented, it's now going to be a key driver for the renaissance of our great state."