A recent public spaces development program in the Russian Republic of Tatarstan has created over 350 parks in five years by choosing to nurture a local design community. 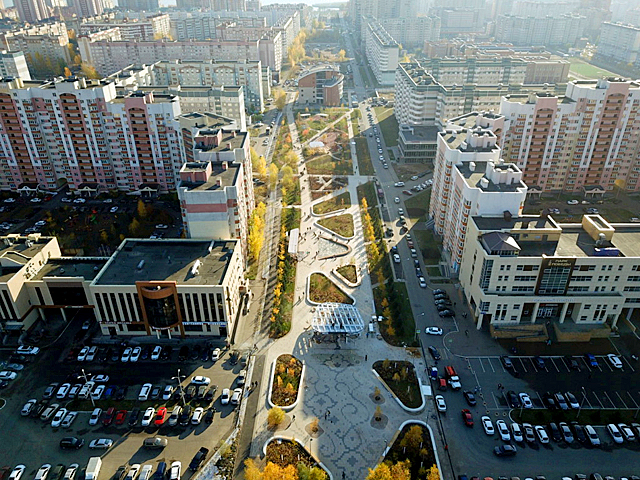 In places without an established design force, there have historically been two opposing approaches: hire experts from abroad or nurture a local design community. In the Russian republic of Tatarstan, located at the intersection between Europe and Asia, a recent Public Spaces Development Program has created over 350 parks in five years—by choosing the latter approach.

The program, located at the intersection between Europe and Asia, is led by 29-year-old Natalia Fishman-Bekmambetova, whose experience as an advisor in Moscow’s Gorky Park rehabilitation caught the attention of the President of Tatarstan in 2015. Almost five years later, the program has set a new standard for design processes in the country with its endeavour to involve not only local architects but also the local community. The project is one of six recipients of the 2019 Aga Khan Award for Architecture. 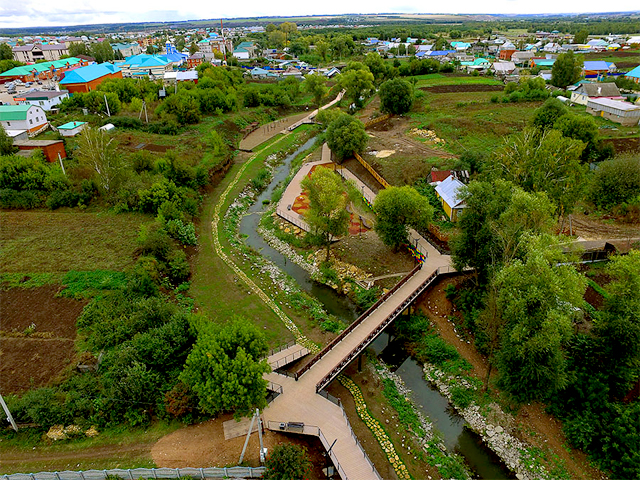 “What we’ve managed to achieve is a totally new model of the relationship between the state and the people because we managed to make our people the actual client,” says Fishman-Bekmambetova. “With participation, you minimize the probability of failure.”

Ironically, the program began with a failure, when a century-old weeping willow was cut down in the capital city of Kazan’s Uritsky Park. This was in 2015, and Fishman-Bekmambetova’s team had unknowingly ripped off a beloved landmark tree, leaving locals in dismay. But the team learned from their mistakes. The local community has since been involved in the design process through consultations and workshops. It is now mandatory to involve citizens in the development of public space that receives federal funding in all Russian cities.

About 28 public spaces have been created in Kazan with over 300 more constructed in cities, town and villages spread around the republic. This initiative came at half the cost of DS+R’s Zaryadye Park in Moscow (the park’s final budget reportedly reached $433.3 million). “It is very expensive and it is very inefficient to invite professionals from outside,” notes Fishman-Bekmambetova. 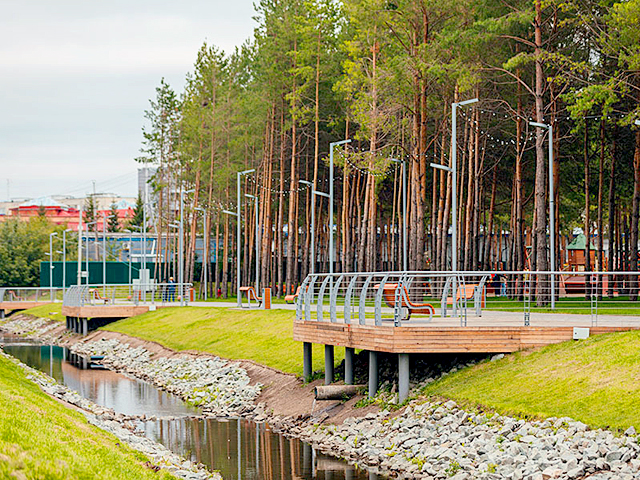 To train local creatives, she set up ArchDesant, an architectural bureau that was incorporated into the public space program. From this office, ten independent practices emerged, with architects averaging 25 years old. With a specific knowhow in designing public spaces and parks, some of these practices took the lead on parks across the Republic, like Kazan’s White Flowers park, designed by Project Group 8.

But “choosing local” didn’t stop with selecting architects. The approach also helped grow the local manufacturing industry from a handful of manufacturers to almost 40 today, and using locally sourced materials helped cut down on import costs, not to mention carbon emissions. 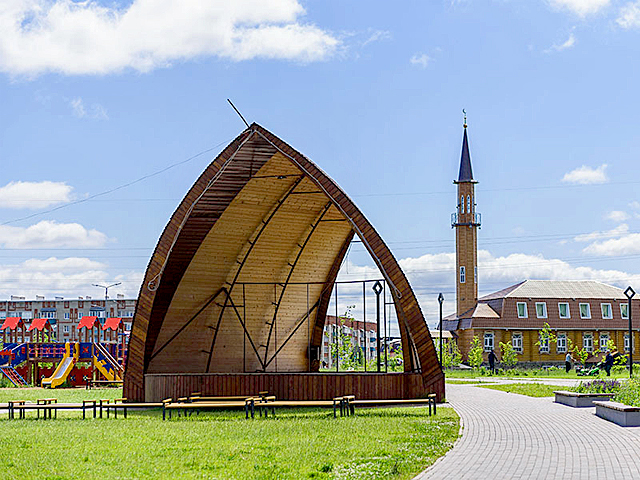 The impact is more than environmental. In the town of Laishevo, ArchDesant designed a nine-hectare landscaped beach that is one of only four ADA-accessible beaches in Russia (two of which are in Tatarstan). In the town of Tyulyachi, a wooden pedestrian bridge was built to provide a safe route for schoolchildren in high-tide season.

After Kazan’s Gorkinskо-Ometyevsky forest renovation was complete, the price of real estate nearby went up by 17 percent, says Fishman-Bekmambetova. “This is an economic stimulus for private developers to invest in public spaces.” 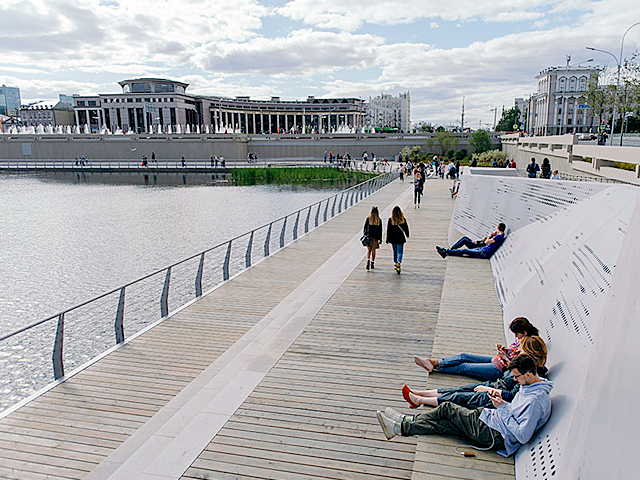 This program was largely funded by the Tatarstan government, along with support from oil and petrochemical companies, smaller businesses and, as of 2017, the Russian Federation.

All throughout the parks, the approach remains consistent: landscaped embankments, public art commissions, contemporary playgrounds, and cultural pavilions. But most of all, the Public Space Development Program shows a long-overdue ambition that counters the earlier, Soviet-Union trend toward private ownership and refocuses priorities on humble yet quality public spaces. 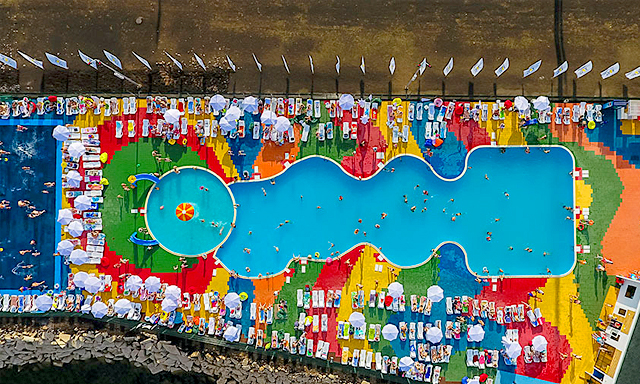