Sustainability and good environmental outcomes are at the core of the Yeerongpilly Green development in Brisbane’s inner-south. 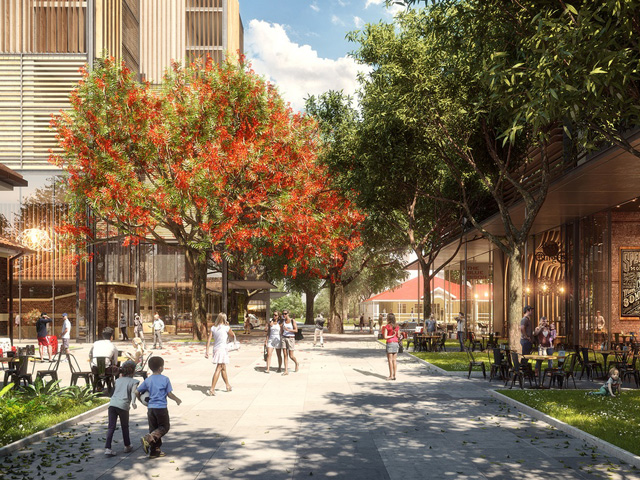 The $850m Yeerongpilly Green development in Brisbane’s inner-South is one step closer to breaking ground after the state government selected a developer for the project. 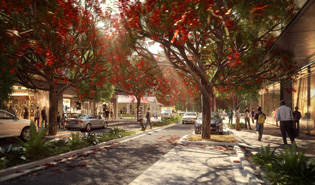 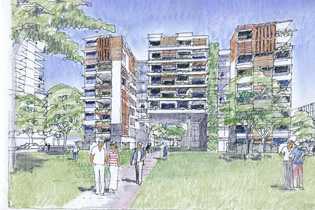 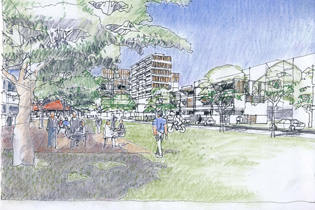 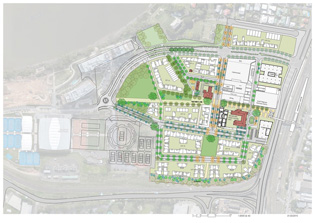 Consolidated Properties and LJCB Investments will now develop the 140,000 square metre site, meaning the project can move on to the next stage of approval with the Brisbane City Council.

Clare Design and Hill Thalis Architecture + Urban Projects were behind the master plan for renewal of the inner city area, which includes plans for over 1100 sustainably built apartments, a number of restaurants and shops, as well as the incorporation of existing heritage-listed buildings.

Easy access to public transport is a strong feature of the project, with Yeerongpilly Train Station right next to the area that will be developed.

Lindsay Clare from Clare Design said that he hopes Yeerongpilly will become an urban exemplar for subtropical community design, with environmental considerations crucial to the master plan. Some of the sustainability features of the design include renewable energy production via solar energy panels on all residential buildings, a commitment to commercial offices with a 6 Green Star rating and a recycled water plant.

“We always try to look at issues of sustainability and good environmental outcomes as being essential to a good social outcome,” he said. ”They go hand in hand, and you can’t have one without the other.”

Several heritage-listed buildings will be retained and incorporated into the design, including a timber station built for testing cattle stock in 1909, and a brick building that served as part of the University of Queensland’s veterinary science faculty from around 1930s.

Clare said that in the master plan, the designers made a concerted effort to successfully incorporate the heritage buildings into the centre of the community, establishing a “spine” connecting the Yeerongpilly train station to the Queensland Tennis Centre.

“The buildings have been used to help define and create a strong heart, or focus, in the centre of the village,” he said. ”Those buildings aren’t just there for diversity of character, they also have a diverse range of uses.”

The heritage listed buildings will act as an activity centre, serving as hotel accommodation and hosting the Queensland Music Festival.

The area around Yeerongpilly flooded in January 2011 when the Brisbane River overflowed, and the design for the site incorporates measures to protect against flood damage, including adherence to council-mandated residential flood level regulations.

Queensland deputy premier Jackie Trad said that the project will be completed in two phases, beginning in early 2016, and will have a positive impact on the region.

“This is about providing strong economic benefits to South East Queensland and transforming Brisbane’s inner-south,” she said. “The nine year project will deliver an economic injection to the area and is expected to support around 250 jobs during construction, and hundreds of ongoing retail and hospitality jobs once the development is completed.”

The cost of the project is estimated to be around $850m, with the state government contributing around $30m through the provision of community facilities and the establishment of parkland within the development.

The project is estimated to be completed in 2024.