A 60,000-seat stadium for the 2022 World Cup will employ the latest construction techniques and materials and will target both LEED and GSAS ratings. 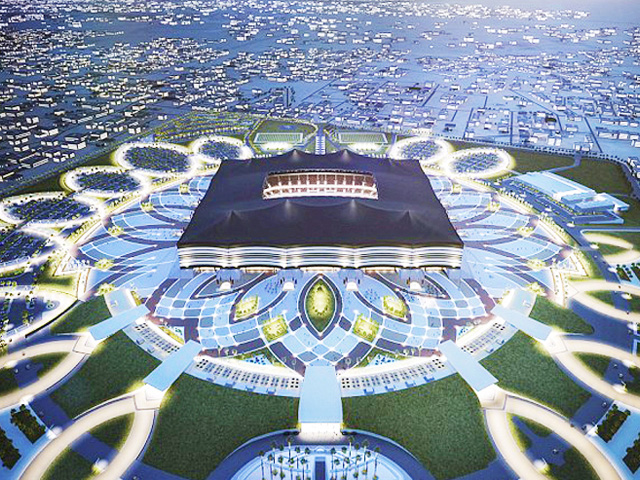 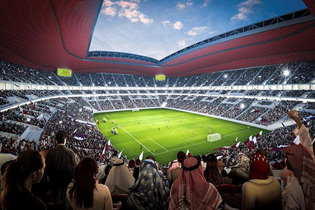 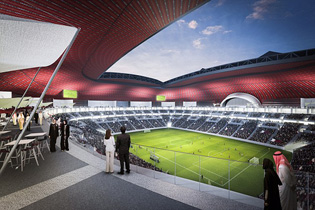 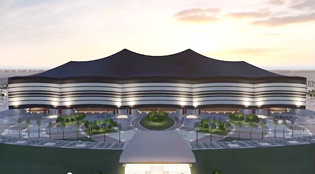 The 60,000-seater Al Bayt Stadium is modelled after black and white tents traditionally used by nomadic people in Qatar, and is expected to be complete by 2018 - in time for the 2022 World Cup.

Employing the latest construction techniques and materials, the stadium will target both the Leadership in Energy and Environmental Design (LEED) and Global Sustainability Assessment System (GSAS) ratings.

It has a detachable upper tier that allows it to downsize in capacity, and after removing the tier, the stadium turns into a 32,000-seater stadium to be used after the World Cup. The removed seats will be donated to other countries.

Al Bayt Stadium will be located close to the coast, but the hope is that the venue will also introduce fans and visitors to the culture of the desert.

The Al Bayt Stadium follows the 40,000-seater Al Wakrah Stadium as the second World Cup arena to be unveiled. The area surrounding the venue will feature space for local businesses and restaurants, as well as landscaped paths to be used for exercise.

Hassan Al Thawadi, Secretary General of Qatar's Supreme Committee for Delivery & Legacy, said “the launch of Al Bayt Stadium & Precinct, the second proposed stadium for the 2022 FIFA World Cup, is another milestone of progress. By the end of 2014 we will have five stadiums under construction, demonstrating our deep commitment to delivering an amazing experience in 2022 and beyond”.

Al Bayt Stadium will be used as a venue for the semi-finals while three more stadiums are expected to break ground by the end of this year.

FIFA requires a minimum of eight stadiums for World Cup host countries, but Qatar plans to build a total of 10.