MULTI-TASKING ON THE QLD COAST


A multi-purpose facility designed and built by Landmark Products is part of a major redevelopment serving Queensland’s most northern Surf Life Saving Club. 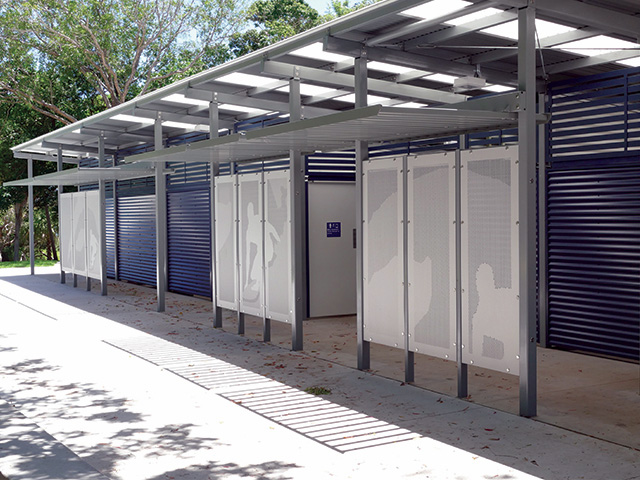 Part of the redevelopment of the popular Agnes Water recreation area, the 157m2 building is only metres from the beach in Tom Jeffery Memory Park; named after one of the town’s founders who established a cattle farm in the region during the 1950s.

The redevelopment undertaken by the Gladstone Regional Council included new pathways and enhanced shower facilities for the park provided by Landmark Products. The previous ageing restroom was demolished, but the park remains well covered in greenery, providing ample shade for park goers. 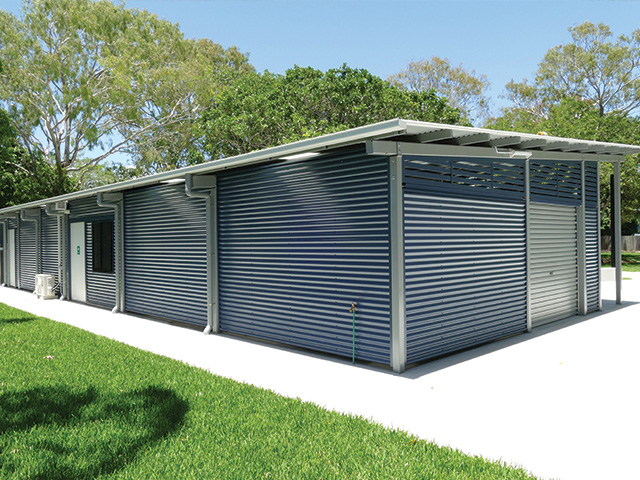 A standout feature of the new amenities facility is the perforated metal screens, finished with surfing imagery and providing privacy for users. These are complemented by powdercoated aluminium awnings over each screen.

On the beach side, a 50m2 storage room with roller doors was constructed for the Agnes Water Surf Living Saving Club, together with an air-conditioned first aid room/office, and an access door between the two. There is also a unisex accessible cubicle, including shower and baby change table, male amenities (two showers, two toilet cubicles, two urinals) and female amenities (two showers and four toilet cubicles). The cubicle doors are finished in attractive laminate (Tawny Linewood). 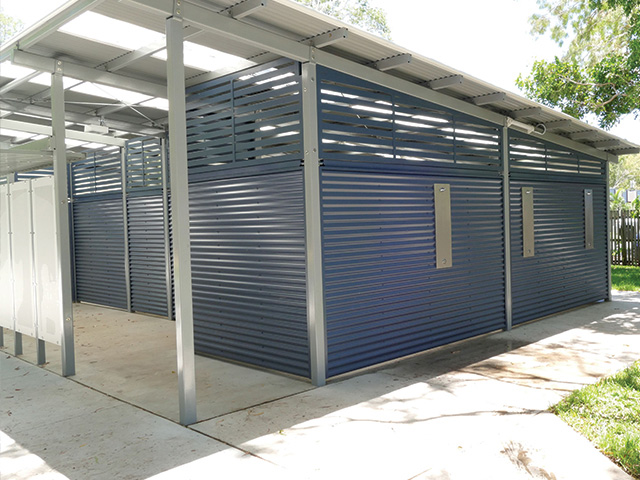 A service duct allows all toilet facilities to be concealed and protected, and Wonderglass roof sheeting provides natural lighting throughout. Three external shower heads, each with stainless steel backing plates and 30-second wall valve line one side of the building. 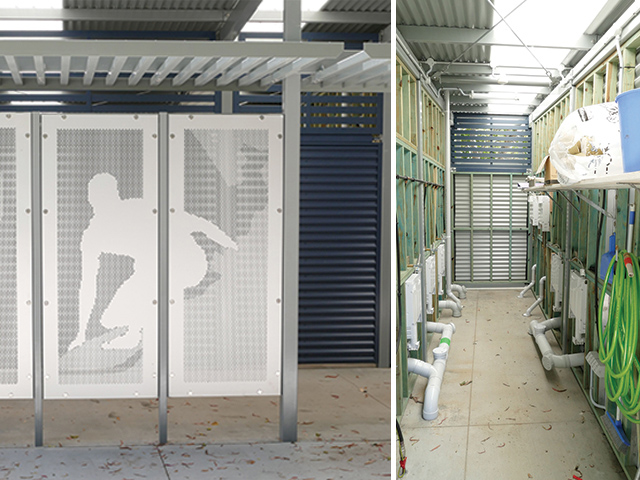 Mr Holden claims the first aid room is vitally important. "We do treat a lot of first aid cases there, so it's good to have a good facility that's going to be close to the beach," he said.

The storage facility was something Mr Holden was particularly excited about. "The local club used to have a patrol shed/hut at that location but unfortunately it was going past its expiry date, we've always had plans to build a new one ... but with what's happening now ... we really can't thank the council enough for including us in the project, as it's saving us a lot of money," claims Mr Holden.* 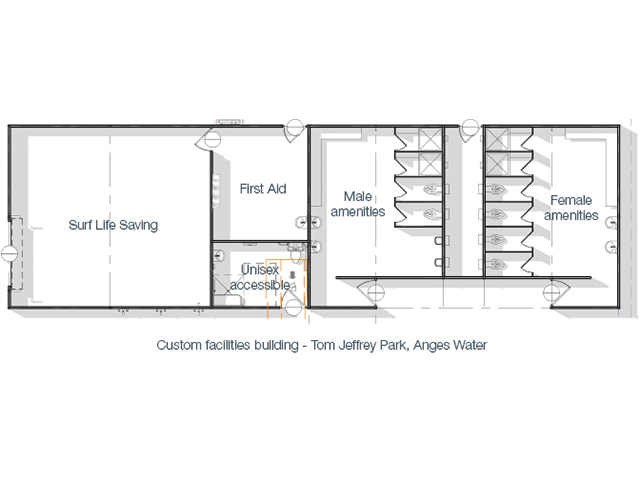 * Comments courtesy of The Observer 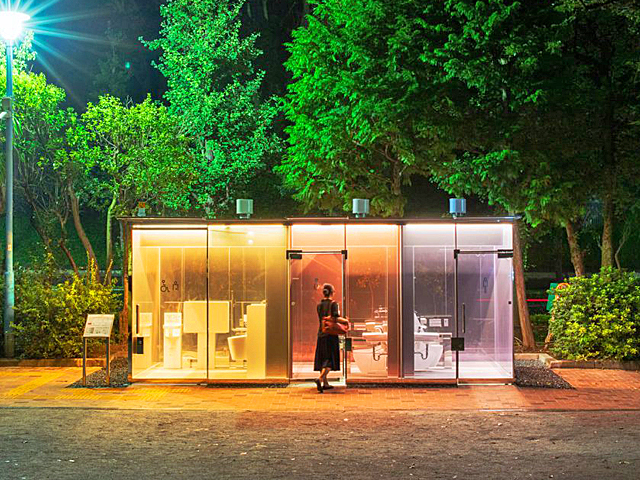 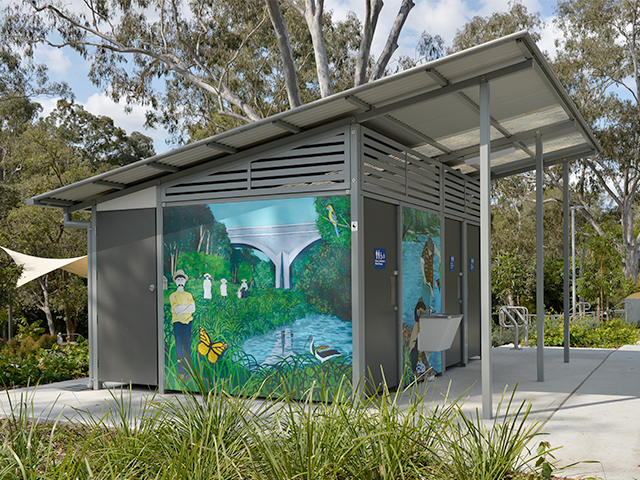 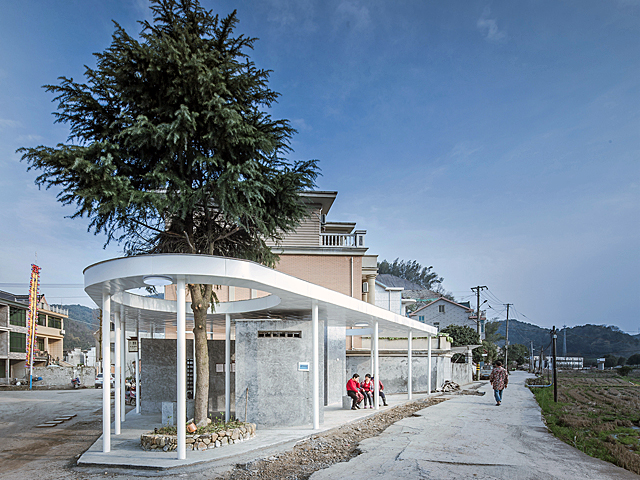 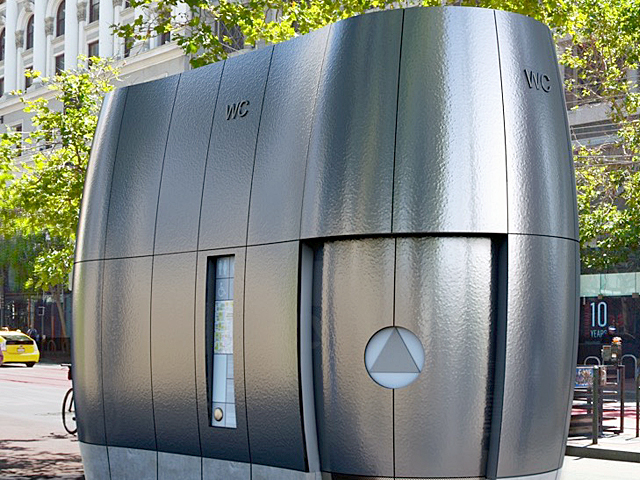 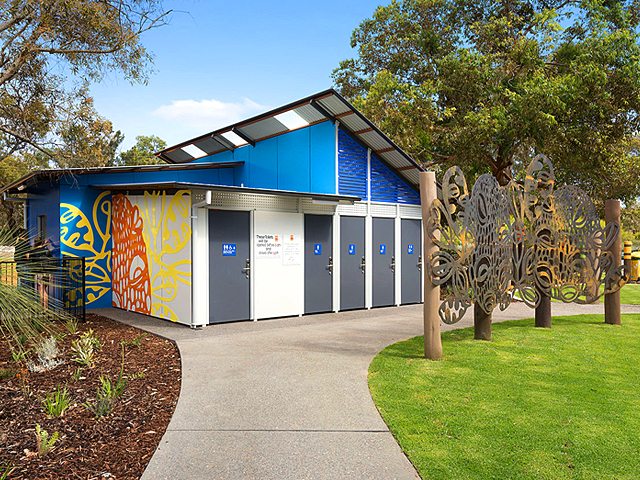 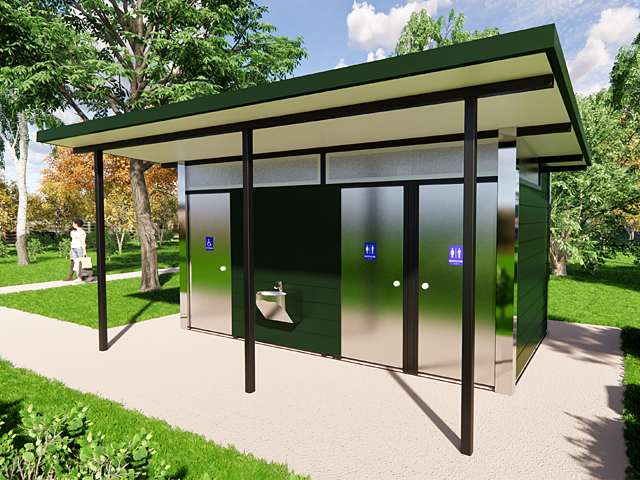