An extraordinary and meticulous method of architecture, Baubotanik, is allowing architects to create large living breathing buildings from trees that are part architecture, part sculpture. 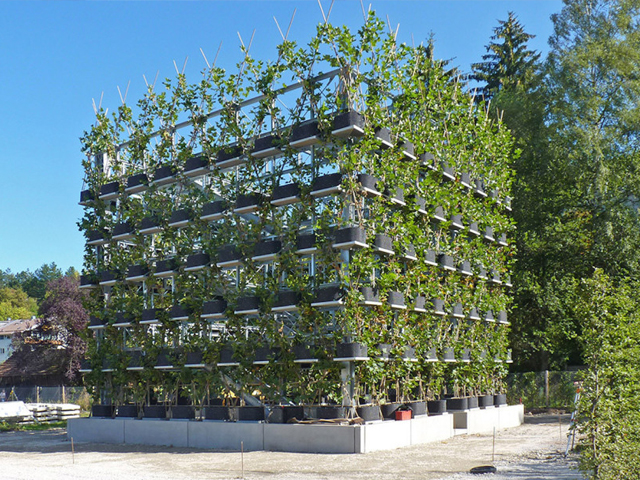 Timber is often regarded as a tree’s most valuable asset, but what if there was a way to harness the living plant for construction without cutting it down? That's the guiding principle behind Baubotanik, a fusion between tree shaping and modern materials that give rise to a living, breathing building. This extraordinary and meticulous method of architecture allows the trees to continue their growth, while locking in carbon, producing oxygen, and providing shade and habitat. 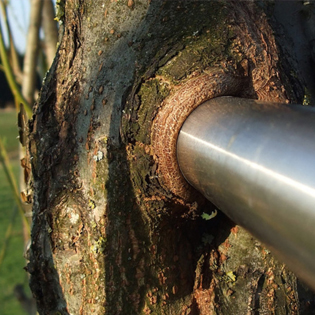 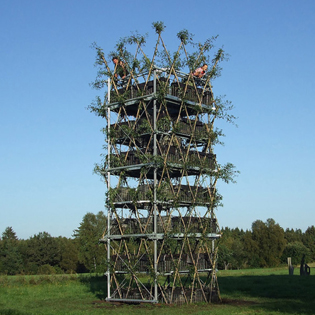 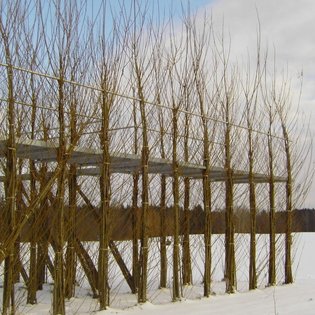 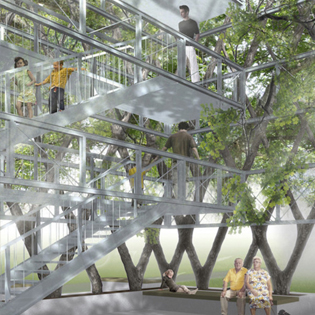 Baubotanik, or Living Plant Constructions, is the brainchild of architect Dr. Ferdinand Ludwig who found inspiration in the ancient art of tree shaping that’s spanned cultures worldwide, from medieval European topiary to Japanese bonsai. Baubotanik puts a modern spin on the natural process of grafting by adding metal scaffolding and other construction materials to transform the trees into a load-bearing structure. Over time, the exposed tree tissue grows around and bonds with the man-made materials.

After years of research, Ludwig found that the most suitable tree species were those that are flexible and fast growing, such as sycamore/plane tree, poplar, birch, and hornbeam. While willow, a favourite material among tree sculptors like Patrick Dougherty, initially met Ludwig’s standards, he now avoids them citing problems with rot and durability.

Ludwig and the Baubotanik Research Group have completed three seminal works over the last decade that test these botanically inspired building methods. In 2005, Ludwig collaborated with architect Oliver Storz and sculptor Cornelius Hackenbracht to grow and construct a footbridge made from willow trees and metal scaffolding. Stainless steel tubes were inserted between young willow saplings that eventually grew around the material until the tube was fully embedded. The tubes are used as handrails for the 2.5-meter-tall elevated walking surface made from steel grates that’s supported by the tree “columns.”

Another early Baubotanik creation is the three-story-tall willow tower with a height of nearly nine meters and an eight-square-meter footprint. Unlike the footbridge, the tower design began with temporary steel tube scaffolding anchored into the ground. Containers of willow were inserted in the structure and watered constantly to encourage fast growth. The architects shaped the willow saplings into crisscrossing formations and drilled them in place with screws to preserve the contorted shapes. The metal scaffolding will be removed once the living structure is stable enough to support itself.

The Plane-Tree-Cube Nagold is the biggest Baubotanik building to date and the first of its kind to be developed for an urban environment. Created for a 2012 regional horticultural show in Nagold, the award-winning building is constructed from live sycamore and a massive metal scaffolding structure that serves as a temporary base. The sycamore is shaped over time using pipes, regulators, sensors, and valves. The public was invited to enter the treehouse and climb its three levels. Like the tower, the Plane-Tree-Cube was developed so that the metal scaffolding can be removed once the shaped sycamores have achieved a stable state.

Part sculpture and part architecture, these beautiful Baubotanik buildings are no replacement for conventional construction practices. Not only are they time and labor intensive, but they also demand ongoing maintenance as living, breathing structures. However, these thought provoking buildings aren’t for naught. They encourage us to embrace biodesign, harness nature’s existing benefits, and design with nature to create a more sustainable future.