A new retail and leisure hub under construction in Jordan is the first to be built to strict ‘green’ standards, marking a trail for development in a country hampered by limited water and energy resources. 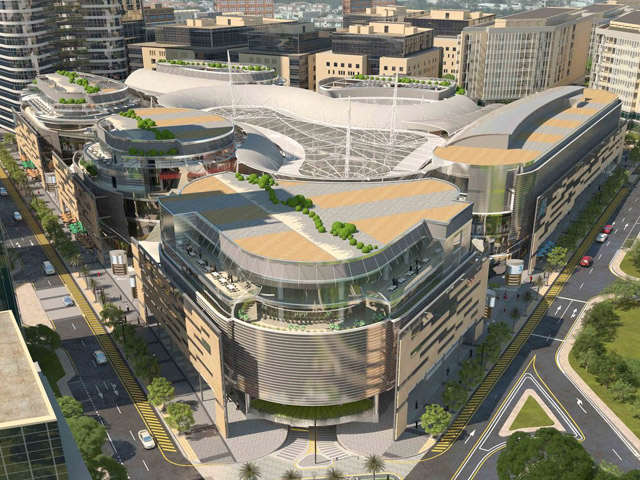 In Jordan’s newest retail and leisure hub, the typical high-end boutiques, cinemas and gourmet coffee shops are tucked into an intricate ecosystem of natural heating and cooling, water recycling and hundreds of solar panels soaking up the sun’s rays. 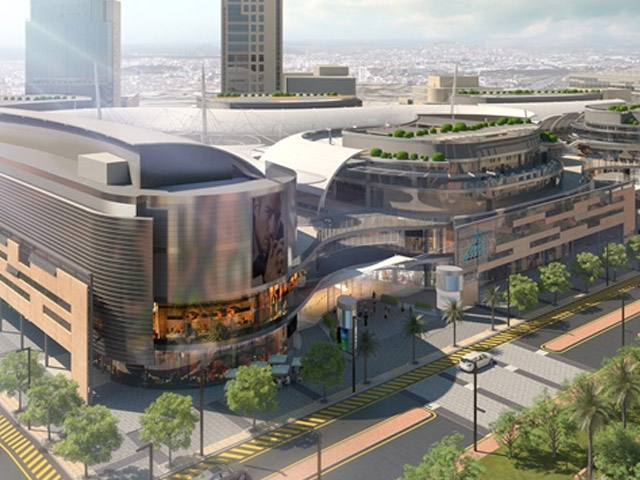 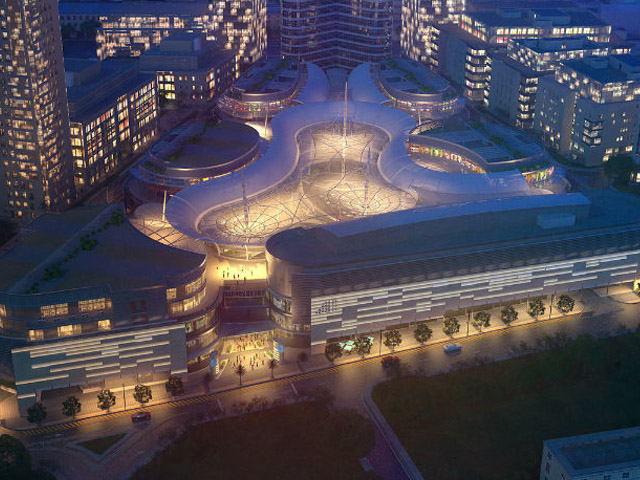 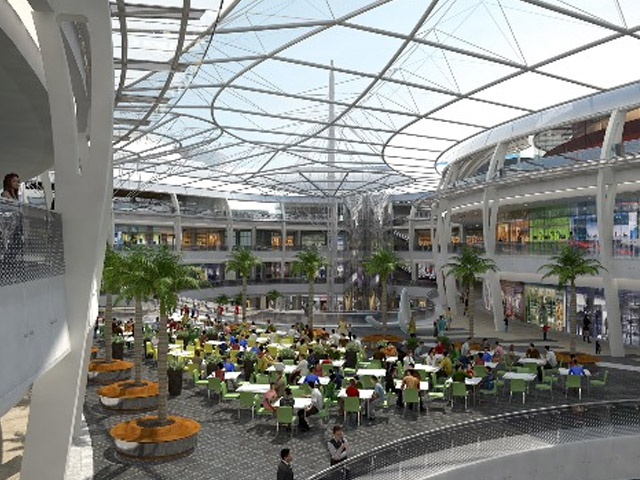 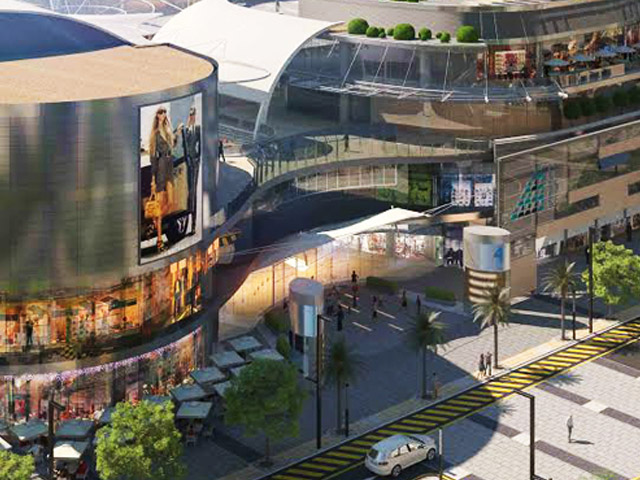 The three-storey Abdali Mall is the first large-scale commercial complex in Jordan to be built to strict “green” standards. It is seen as a trailblazer in conserving what resource-poor Jordan lacks most – water and energy. It’s also part of a growing movement to build with local materials.

Going green is vital for Jordan, which spends up to one-fifth of its budget on importing energy and is one of the driest countries in the world.

“This topic is not a luxury for us,” said Ruba Al-Zubi, who heads EDAMA, Arabic for sustainability, a group that promotes environmental practices in Jordan’s private sector.

“For us, this is real development. If we want sustainable development, it has to be built on the standards of a green economy.”

The 227,000sqm Abdali Mall is a centrepiece of a new business area in the centre of the capital, Amman. The mall currently houses 25 stores, including Zara and Converse. By the time of the grand opening in October, the complex will also feature nine cinema screens, a food court, a dining plaza and a supermarket, mall management says.

The roof of the mall is a transparent tent measuring 11,000sqm. It is divided into 16 sections supported by steel frames and cables. It is open in some areas, which allows for less electricity use throughout the year and natural ventilation.

Shoppers can enjoy coffee and sweets under palm trees while natural sunlight and a cool breeze welcomes them in every corner of the building. The sound of a waterfall cascading from the first to the ground floor echoes throughout the stores and helps naturally cool the air in the mall.

The complex also features 12 tunnels for natural heating and cooling, with air circulating from the atmosphere underneath the building foundations and back into public spaces in the mall. An irrigation system waters small bushes and palm trees, helping to conserve water.

Hundreds of solar panels circle the perimeter of the roof tent, generating electricity for the building year round. Breakage from 50,000sqm of tile used in the construction was recycled to insulate the roof and serve as plant mulch.

“A lot of big projects in the city use foreign contractors and use a lot of materials not found locally,” she said. “Jordan is a place with very little resources, but we wanted to use material from our environment.”

Stone, aluminium and steel come from local companies and Jordanians make up 90 percent of the mall’s labour force, including construction, management says.

The project received an $US80 million ($A106.93 million) long-term loan from the European Bank for Reconstruction and Development (ERBD), which said the mall sets a precedent for environmentally friendly large-scale development.

“We see this as the beginning of showing that even commercial sites that have all these other requirements, accessibility, entertainment, hospitality, that they can be environmentally sustainable,” said Heike Harmgart, the bank’s director in Jordan.

The mall is built to green standards set by the international Leadership in Energy and Environmental Design (LEED). Mall officials said they plan to apply for the LEED certificate after construction is complete.

Jordan must focus more on green building at the grassroots level, said Al-Zubi of EDAMA.

“What we want is to change the whole value chain,” said Al-Zubi. “You actually want green material companies to open up in Jordan to introduce a new sector which will create jobs for Jordanians.”

Investment in environmental conservation could generate up to 50,000 new jobs, according to Jordan’s Environment Ministry.