HOW THE CARBON TAX AFFECTS YOU


How will the Australian Government’s decision to introduce carbon pricing from July 1, 2012 affect local governments and communities? 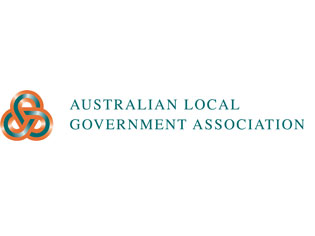 The Australian Government’s decision to introduce carbon pricing from 1 July 2012 will have flow on effects for local governments and communities.

The Australian Local Government Association (ALGA) welcomes the Federal Government's willingness to discuss and clarify the effects of carbon pricing on councils and ratepayers.

ALGA President, Genia McCaffery said that the Association supports the concept of a market-based approach to carbon pricing but for the full impact of carbron price to be determined further market modelling and negotiations are required before the full impact of the carbon price mechanism on councils, and ultimately ratepayers.

Ms McCaffrey voiced her concerns about the scheme."It is clear that waste management will cost more. Waste is covered by the scheme but legacy waste is excluded. Determining how to measure carbon pollution from waste, such as emissions from landfills, is not so clear," Ms McCaffery said.

"There appears to be no standard method for measuring emissions from landfills and estimation methods are unreliable. Also, the costs of waste-related pollution will have to be met by landfill operators including many local councils, which will then ultimately need to be passed on to ratepayers."

ALGA will work with the Government to resolve technical issues surrounding waste-related pollution and provide local councils with a better understanding of their obligations and how best to manage carbon pricing and energy efficiency.

The starting price of a carbon price will be $23 for each tonne of pollution, rising annually for three years until 1 July 2015, when the carbon price mechanism will then transition to an emissions trading scheme where the price will be determined by the market. The rationale for a carbon price is that it will create economic incentives for the biggest polluters to reduce their emissions of greenhouse gases.

From the measures announced as part of the Carbon Price Package, it is clear that waste is covered by the scheme but legacy waste is excluded, as negotiated at the time of the Carbon Pollution Reduction Scheme. Determining how to measure carbon pollution from waste, such as emissions from landfills, is not so clear.

The lack of standard method for measuring emissions from landfills and estimation methods are unreliable. Costs of waste-related pollution will have to be met by landfill operators including local councils, which will then need to be passed to ratepayers.

To reduce costs, councils can abate some emissions by recycling more. Examples could include the flaring of methane gas from landfill and the removal of organic products from landfill.

It is clear that waste management will cost more, just how much more is uncertain until further modelling is done.

The cost of fuel inputs for local governments will also increase as a result of the new measures. Light commercial vehicles and household vehicles will not attract a carbon price, but other business transport will be subject to an equivalent carbon price, generally applied by reducing fuel tax credits. The Productivity Commission will review fuel excise arrangements including an examination of the merits of a scheme based on a carbon price and the energy content of fuels. It is not known how much that price increase will be.

The Government proposes to use more than 50 per cent of the revenue derived from carbon pricing to provide household assistance.

For details of the programs announced visit http://www.cleanenergyfuture.gov.au/

How the Carbon Tax affects you
Universal Magazines