Utilising perforated metal formwork and bold colour, the exterior of this French cultural Centre makes an industrial statement in a pastoral setting. 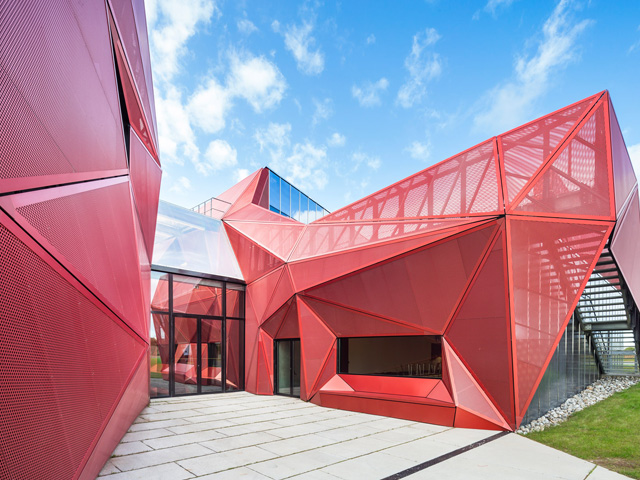 Triangular facets of perforated red metal frame the entrance to this cultural centre, completed by Paris studio Périphériques for a town in north-west France. 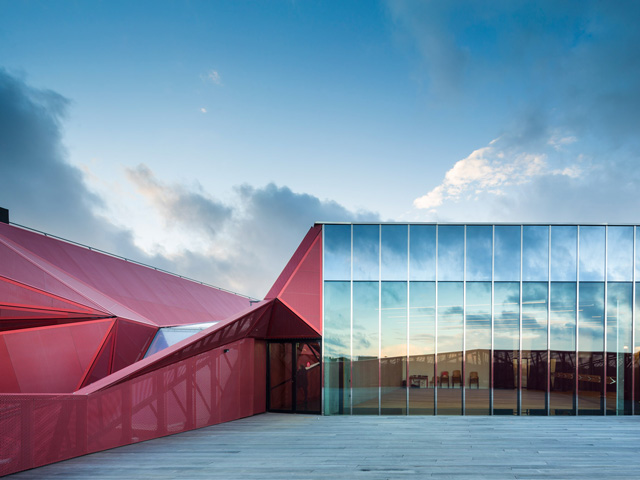 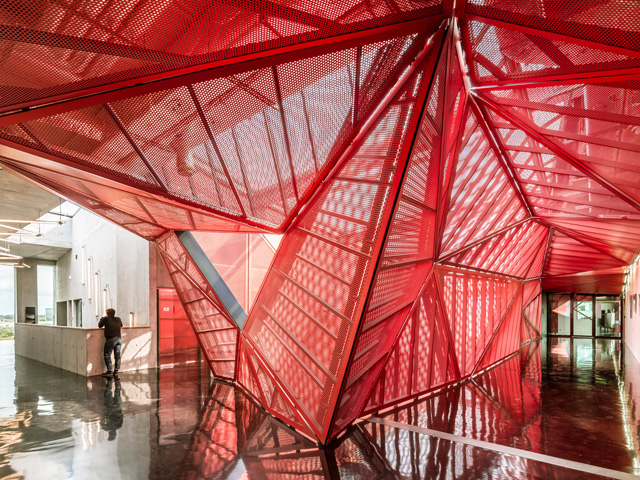 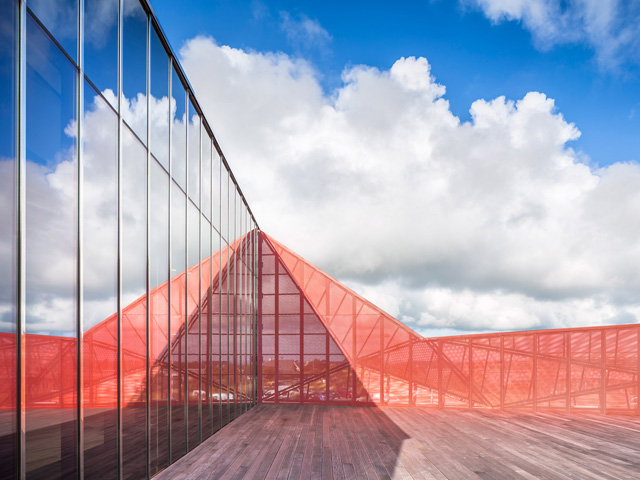 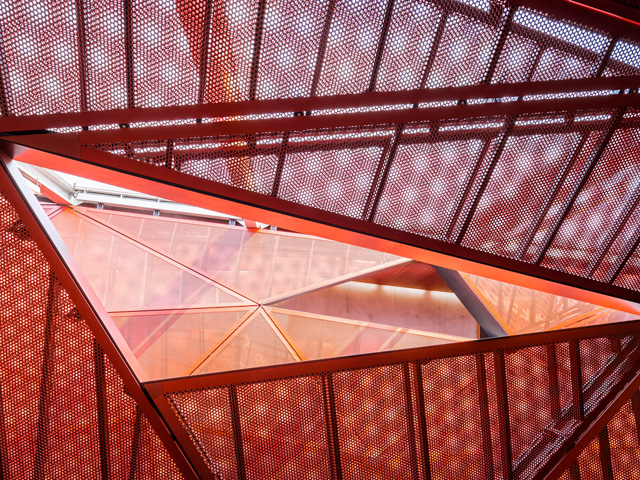 The partially see-through panels give an angular form to Espace Culturel de La Hague, a new 2500sqm centre for music, dance and theatre in Beaumont-Hague, located on the Cotentin Peninsula.

According to Périphériques directors Emmanuelle Marin and David Trottin, the aim was to reinterpret the forms of the surrounding landscape, which include hidden roads, dense hedge thickets and rolling topography.

"Building a cultural space in Beaumont-Hague, in Cotentin, means to integrate an architectural project that takes benefit from the landscape qualities of this piece of peninsula," they said.

"Sunken roads are planted with wooded hedges that protect from the wind, and become vegetal vaults to filter the light over time," they added. "These landscape elements are inspiring spaces that can be employed for the design."

The building comprises two storeys and is divided into two sections. One side provides a concert and theatre venue, along with all the necessary changing rooms and storage facilities, while the other side accommodates an academy of music and creative arts.

The red metal frames one of the building's two entrances, as well as a terrace on the first floor. Formed entirely of triangular facets, this three-dimensional surface is made from colourfully anodised steel beams and mesh.

The red continues through the interior, where the architects have created an access route conceived as an internal street. It also emerges at the other end of the building, as the underside of a canopy at the second entrance.

"This alley is like a street, a real public space," said Marin and Trottin. "Volumes receives sculptural feature due to the colourful anodised metal panels."

"By day, the alley is bathed in light, then it lights up as a display by night," they added. "A specific perforation makes the panels play a role of acoustic baffle to absorb the noise of the lobby."

A skylight made from ETFE plastic helps to ensure this space is filled with as much daylight as possible.

The rest of the building's exterior is made up of both mirrored panels and windows, intended to reflect both the surrounding greenery and the sky.

Other visible materials include bare concrete and timber, which both feature inside the building, depending on the varying acoustic requirements of each space. 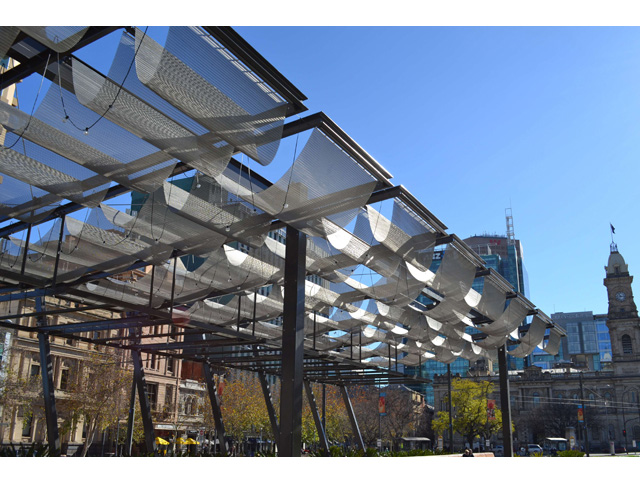 ARTWORK THAT STRENGTHENS THE PUBLIC REALM 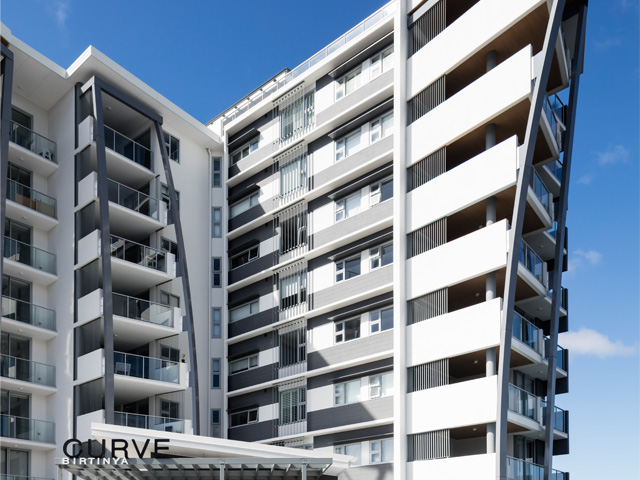 RESIDENTIAL ARCHITECTURE WITH A TWIST 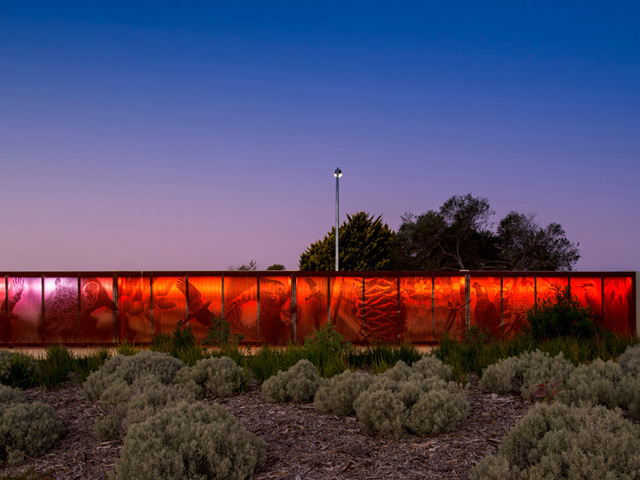 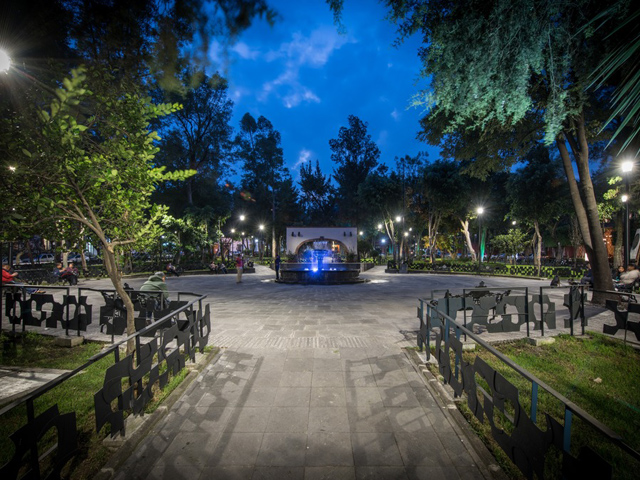 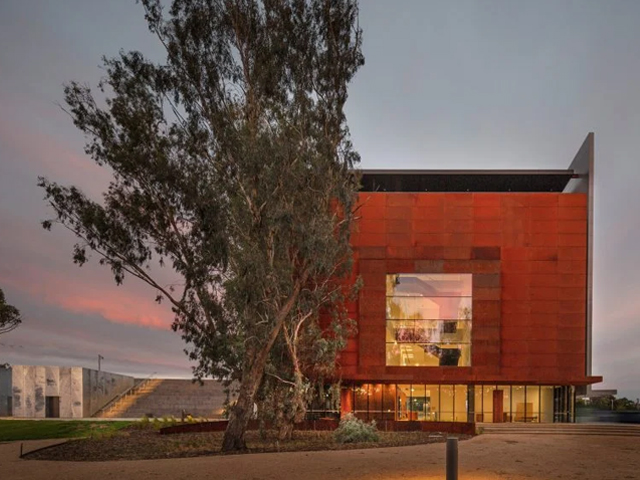 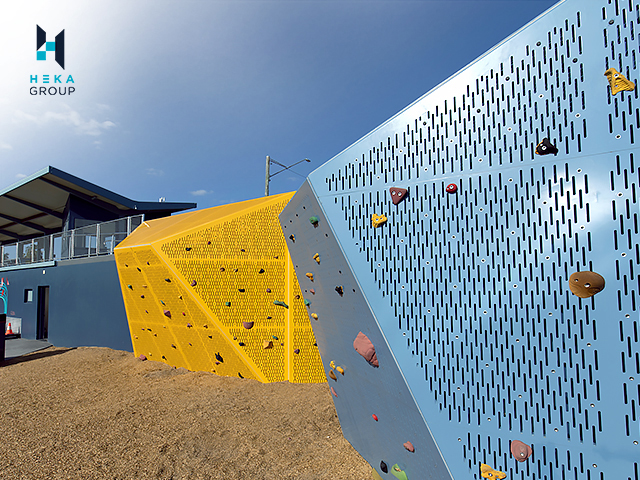