The design renders have been revealed for Zaha Hadid Architects’ multimodal Ülemiste terminal in Tallinn, Estonia, which will form part of the Rail Baltica high-speed rail network. 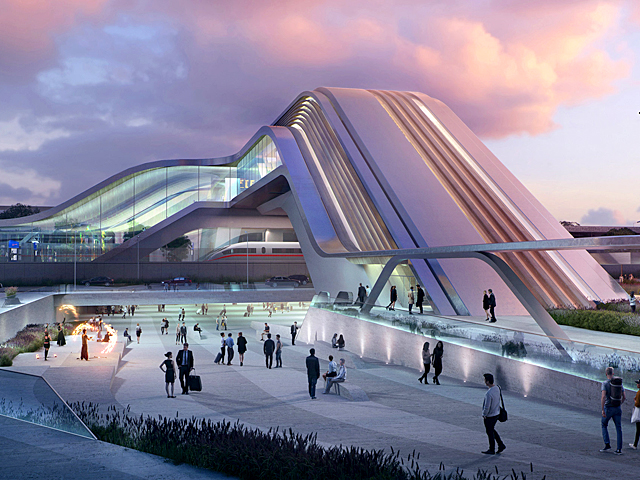 Designed by Zaha Hadid Architects in collaboration with local studio Esplan, the Ülemiste terminal will be the starting point for Rail Baltica – an electrified 869-km-long railway that will connect the Baltic states with Poland. 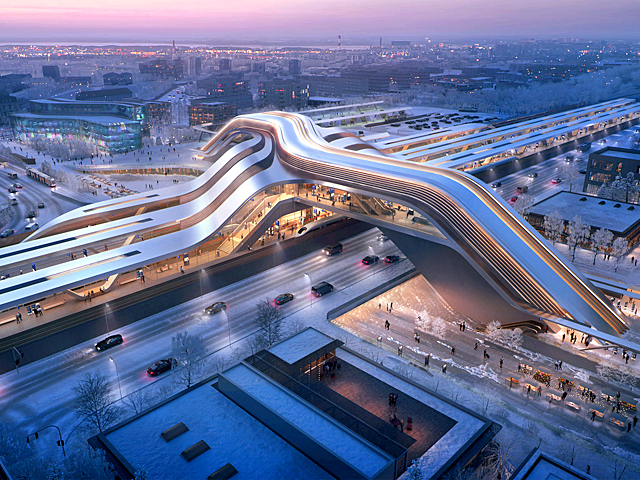 Once complete, it will include a pedestrian bridge and create links between the city's bus, tram and rail routes, and adjacent airport.

Zaha Hadid Architects' design for the Ülemiste terminal was the winning entry for an international competition held by Rail Baltica in May, which called for a sustainable and pedestrian-friendly station. 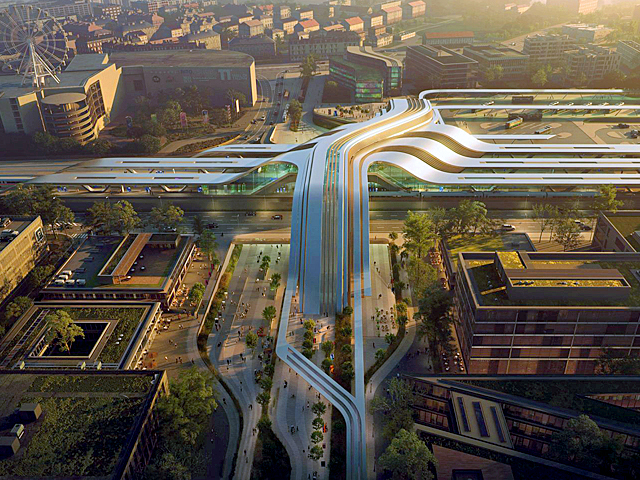 The proposal imagines the station as a giant sinuous bridge, snaking perpendicularly to the railway tracks and gradually twisting 45 degrees at its centre. This form was dictated by the layout of the station's circulation routes, which will include a public pedestrian bridge, and the intersection of bus, tram and rail lines. 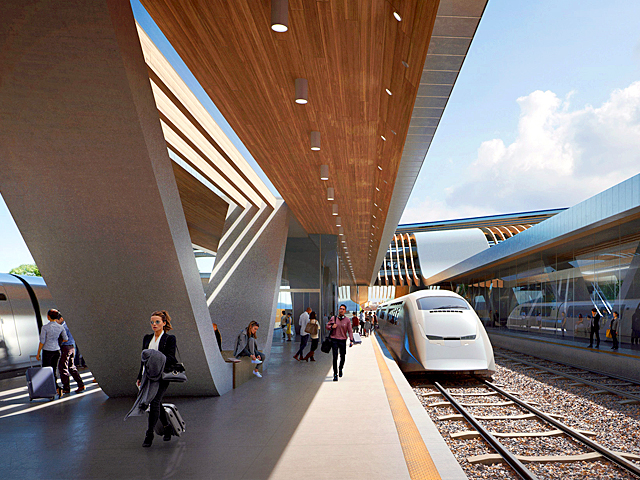 "I am more than convinced that the area is becoming one of the most attractive and, in terms of infrastructure, synergistic in Tallinn," said Taavi Aas, Estonia's Minister of Economic Affairs and Infrastructure. "A true multi-modal transport hub is emerging, with rail, bus and air traffic coming together there in the future." 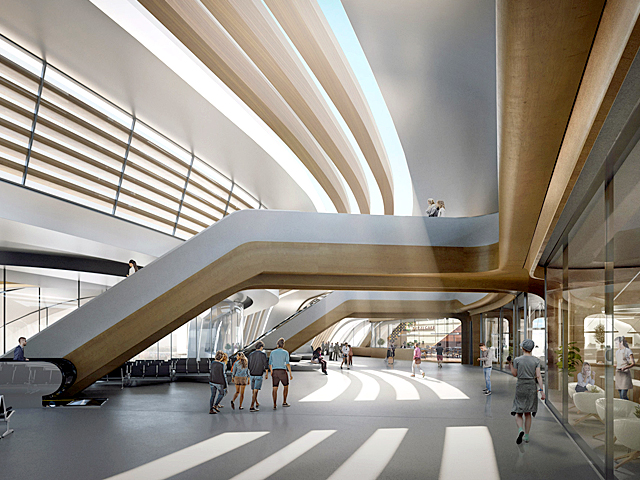 While the project's expected completion is undisclosed, Zaha Hadid Architects has proposed a modular structural system so the terminal can be built in phases – preventing disruption to the existing rail lines.

Rail Baltica is projected to reach completion by 2026. In 2016, Danish practices PLH Arkitekter and COWI also won a competition to overhaul and expand the main railway station in Riga, Latvia to host its services. 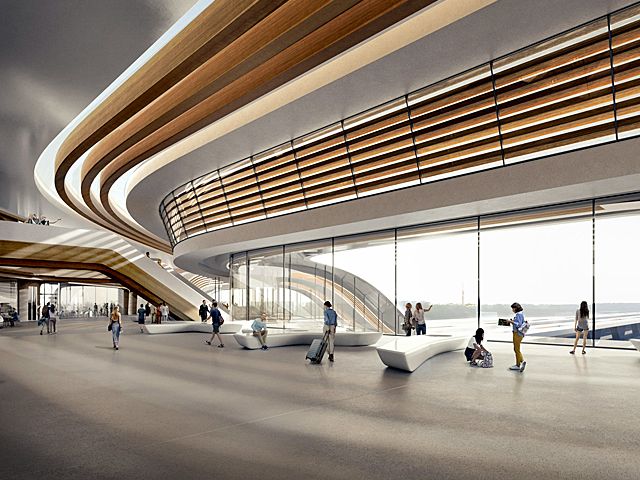