The City of Sydney’s new walking strategy aims to put people first and will see an upgrade of footpaths and street lighting in a bid to create a more accessible city. 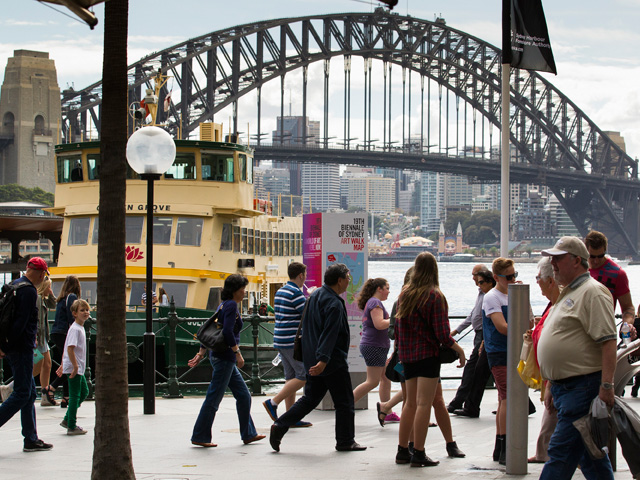 The City of Sydney’s first-ever walking strategy will create a more accessible city that is easier for people to move around, while boosting the health of the local economy. 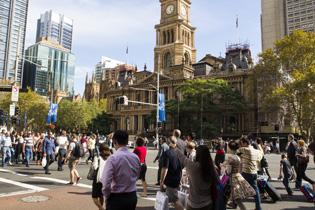 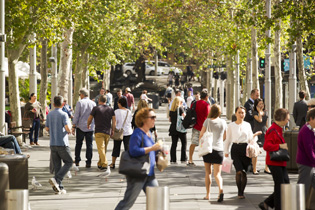 The draft Walking Strategy and Action Plan details a series of projects and targets to make walking easier and more attractive for residents, workers and tourists.

According to Lord Mayor Clover Moore, the walking strategy is about building a city with a safe and convenient walking environment, backed up with clear way-finding and engaging public art.

“We are continually upgrading our walking infrastructure, because when you create a better environment for walking, you improve people’s health, reduce road congestion and help local business,” the Lord Mayor said.

“The City is investing $50 million to improve the appearance and safety of the most popular walking routes in central Sydney with upgraded footpaths and improved lighting. A further $10 million is being invested in a way-finding network that will clearly direct people to landmarks and other places of interest.

“Walking already accounts for 92 per cent of trips in the city centre and plays a major role in the economy and transport network.

“With the number of people living in the city set to reach 280,000 by 2036, and the number of city workers to top 570,000, it’s vital we work to better accommodate them on our footpaths and promote transport choices that are easy and reliable.

“It’s also important that we prepare for the upcoming construction of the new light rail network and pedestrianisation of George Street by improving options for people to walk around our city and assisting them in finding alternative ways of getting where they need to go.”

Actions in the strategy designed to make walking quick, convenient and easy include:

“We also know that walking delivers incredible health benefits. Inactivity costs the Australian economy $13.8 billion a year, and at least 60 per cent of the population is either overweight or obese.

“Our new walking strategy aims to make the city centre and surrounding villages easier to navigate, more interesting and better connected, while building a happier and healthier community.”

The City of Sydney has a number of walking targets, including:

The draft Walking Strategy and Action Plan will be put on public exhibition to coincide with the world’s leading conference on walking, Walk 21, which the City of Sydney is co-hosting from October 21-23.

Images courtesy of City of Sydney.