A golden steel bridge in the Netherlands, serves as the ‘gate’ between the city’s public spaces, facilitating greater functionality and connection for citizens - and makes a very shiny statement. 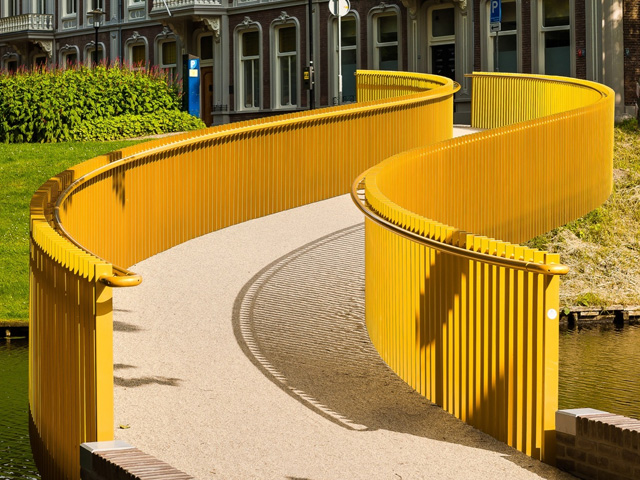 The "Golden Garland" (K.G. Zochernrug) is a bridge in Tiel that strengthens the route from the shopping area to the city center. The bridge crosses the water diagonally and forms the best possible visual and functional connection between the embankments. By defining the entrance to the city the Garland plays the role of a "city gate". In an elegant gesture the bridge invites people into the city. 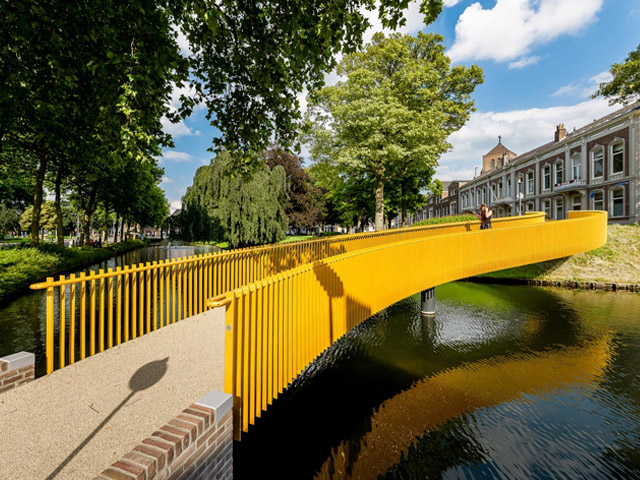 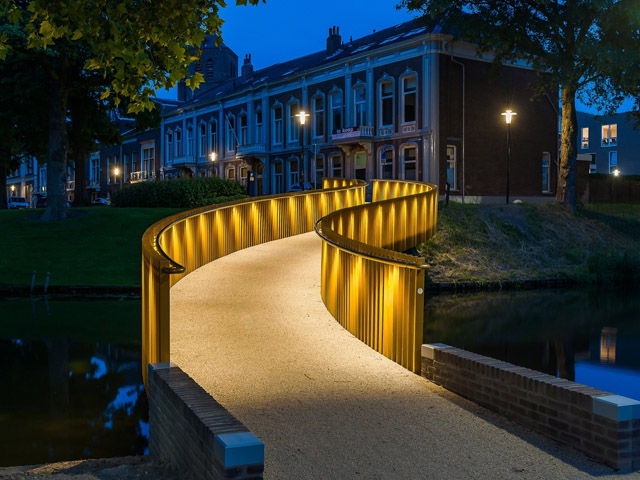 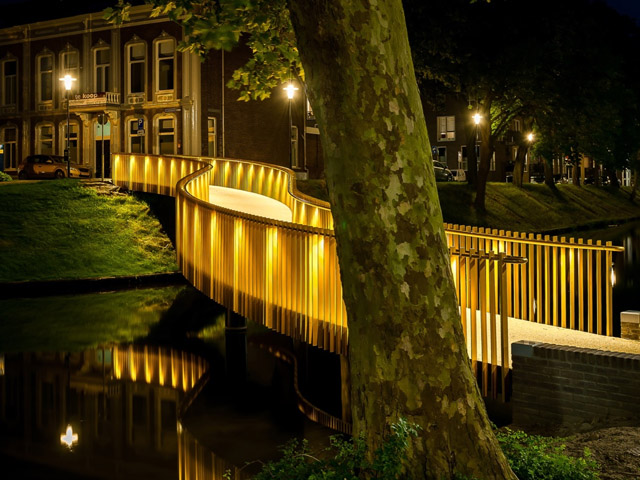 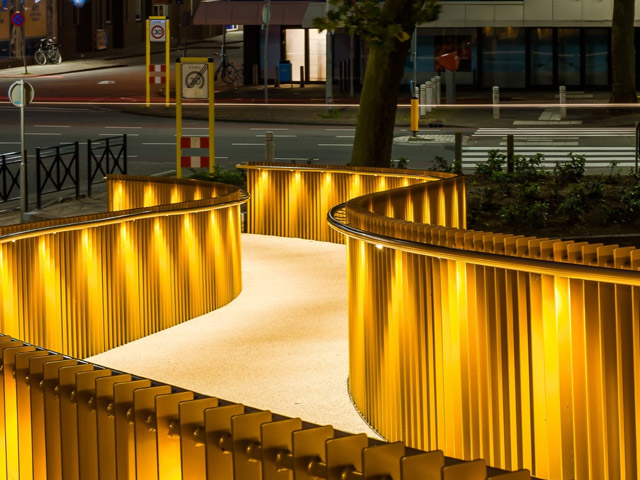 The bridge relates to the canal environment and its design expresses fluidity and flow. It embeds itself into a network of pedestrian paths. The bridge negotiates the difference in the ground levels between the inner city and the station quarter, accentuating the continuity of the route with a graceful curve. A gentle double arc resolves the difference of height between both shores. The bridge doesn't interfere with the monumental continuity of the canal and therefore appears open and transparent, modestly adding itself to the historic district.

The Golden Garland is an icon of the Burensepoort. Its golden coating, the city color of Tiel, reinforces the gate symbolism and links the bridge to the other two city gates. By night, the bridge looks like a golden curtain hanging above the city canal.

The steel bridge has asymmetrical longitudinal profile with the deck and girder welded into one slender closed form. The guardrails and supports are made of steel too. The concrete foundation at the inner city side disappears in the grass slope. On the other side the concrete foundation is wrapped by brick similar to the embankment. The different treatment of bridgeheads emphasises the contrast between the inner city and the station quarter. 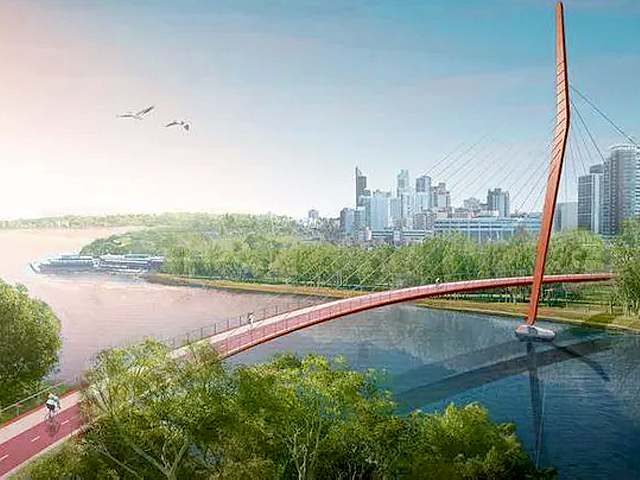 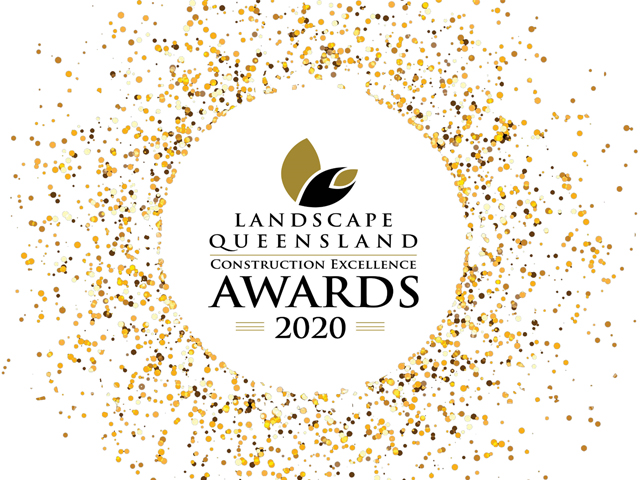