A former rail yard in Denmark has been converted into an urban park in an effort to bring together the surrounding communities. 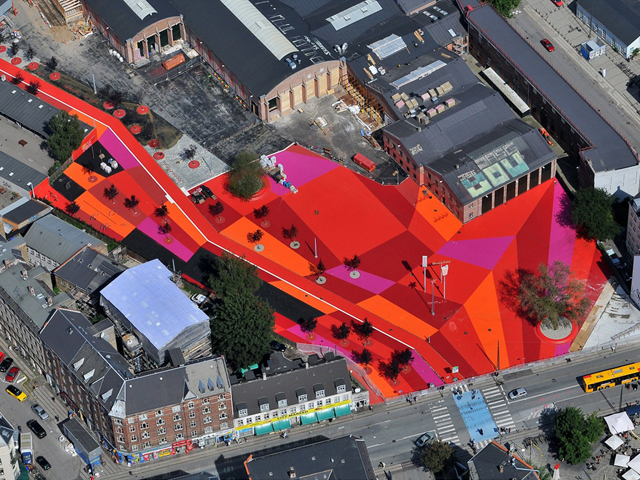 In one of the most ethnically diverse and socially challenged neighbourhoods in Denmark, a former rail yard in Nørrebro has been converted into an urban park in an effort to bring together the surrounding communities. 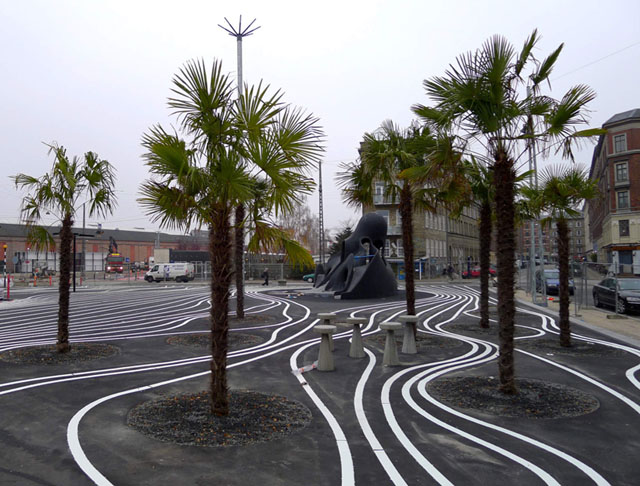 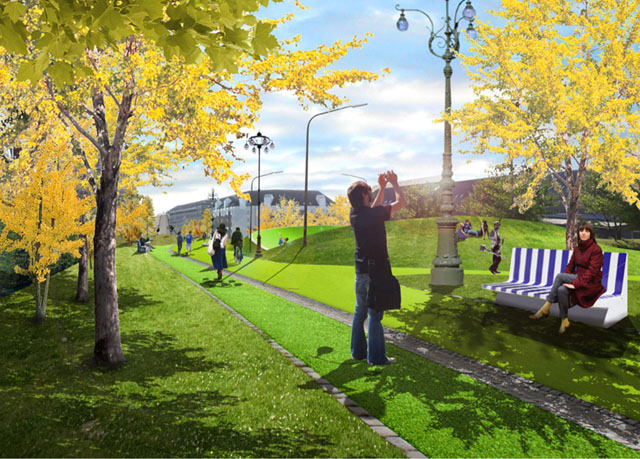 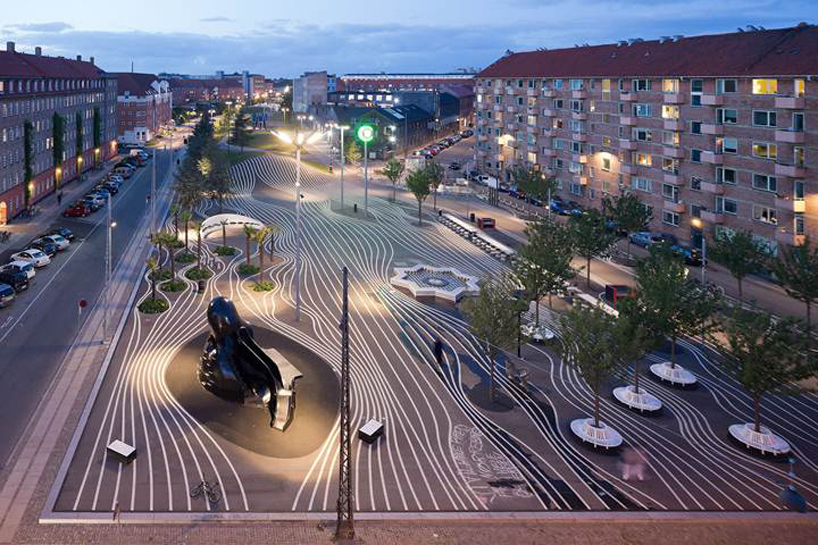 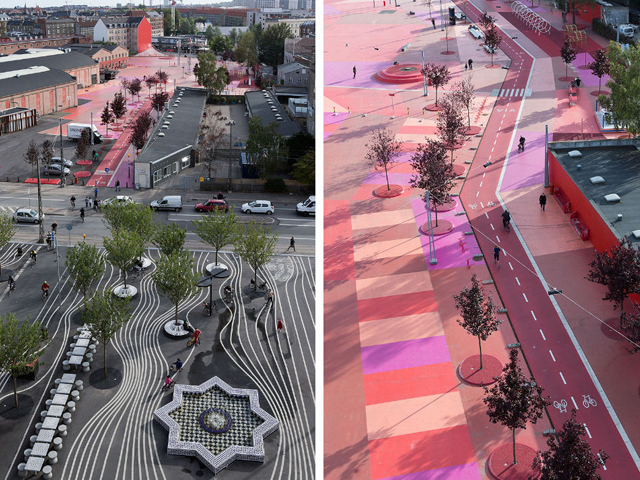 This large-scale project resulted from a competition initiated by the City of Copenhagen and the Realdania Foundation as a means of creating an urban space with a strong identity on a local and global scale that upgrades the local area and inspires other cities and districts.

The 1km long park “Superkilen” or Super Park was designed by BIG architects, landscape architecture studio Topotek1 and artist collective Superflex. The park is delineated by three colour-coded areas, each offering distinctive functions and atmospheres. The zones include a Black Market for al fresco dining, BBQs and social gathering; a Red Square for sport, outdoor and recreational activities and a Green Park of lawn and turf for sporting playing fields, picnics and general family relaxation. The end product is an exaggerated urban garden, with bright colours splashed on every surface that bring liveliness and activity into the public park. Red maples, Japanese cherry trees, larix, palm trees and Lebanese cedar trees have been planted to provide shade during warmer summer months, as well as visual interest with the range of different vegetation represented. This diversity in tree and plant life complements the diversity of the site's furniture.

Topotek1 believe that “while the romantic gardens of the 19th century attempted to give visitors an exotic experience of the world that was still big and hard to travel around – the Super Park (Superkilen) in Copenhagen does the opposite. Rather than perpetuating a perception of Denmark as mono-ethnic, the Super Park portrays a true sample of the cultural diversity of contemporary Copenhagen.”

As such, local participation was crucial to the design process and inhabitants were encouraged to submit their ideas through public meetings and a suggestions box. The recreation equipment and street furniture were carefully selected in close collaboration with the public, and include bollards from Ghana, a boxing ring from Thailand, sewage drains from Israel, soil from Palastine, an art sculpture from Spain, a sound system from Jamaica, palm trees from China and neon signs from Qatar and Russia, each one accompanied by a small plate describing what it is and its origin and significance.

Bjarke Ingels the founding partner of BIG stated that “Rather than a public outreach process towards the lowest common denominator or a politically correct post rationalisation of preconceived ideas navigated around any potential public resistance – we proposed public participation as the driving force of the design leading towards the maximum freedom of expression. By transforming public procedure into proactive proposition we curated a park for the people by the people – peer to peer design – literally implemented.”

While the park provides a beautiful recreational space, more importantly it presents a truly contemporary urban garden that adequately caters to and represents the local community.