AILA’s recent decision to declare a climate emergency was a hot topic at the sixth annual International Festival of Landscape Architecture in Melbourne last week. 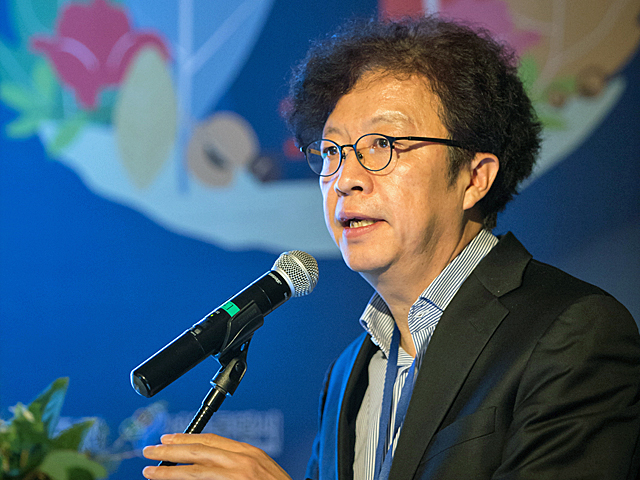 The Festival hosted by the Australian Institute of Landscape Designers (AILA) welcomed Professor of Landscape Architecture at Seoul National University and Chief Advisor of Parks and Green Space in Seoul Metropolitan Government, Kyung-Jin Zoh, as a keynote speaker.

Professor Zoh said South Korea is working tirelessly to combat the CO2 emission emergency the country is facing. “Major industrial factories in East Asia have created a CO2 crisis that has spread across to South Korea and beyond. The Seoul Metropolitan Government has announced it will plant 15 million trees over the next three years, in addition to 15 million trees that have been planted between 2014-2018, to fight the worsening air pollution and urban heat.”

The addition of 30 million trees produces oxygen equivalent to the amount of 21 million adults inhale per year. “The CO2 emission crisis South Korea is facing is among the worst in the world, although that’s not to say Australia should rest easy,” Zoh continued. “Prevention measures are a crucial part of creating a pollution-free environment.”

Professor Zoh warned Australia of the CO2 emissions risk it faces and encouraged Landscape Architects and the Federal Government to implement tree-planting initiatives in order to get on the front foot. “South Korea is now having to manage an extremely complex climate issue, which certainly could have been prevented if we had implemented these measures sooner.”

AILA’s declaration of Australia’s climate emergency precedes a similar declaration by the International Federation of Landscape Architects (IFLA), who declared a climate and biodiversity loss emergency in September.

AILA Chief Executive Officer Tim Arnold said the festival was an important opportunity for landscape architects from across the world to discuss an issue central to their practice. “Climate change is an issue which will have a substantial effect on the way we design, build and inhabit spaces in our cities and communities.

“Given our central role in the design and delivery of public and private spaces, we have identified the need to contribute our voice to the growing number of organisations that acknowledge the crisis of climate change. The range of perspectives and discussions such as those had at the Festival on mitigating and managing the effects of climate change through design can’t be underestimated.

“Professionals need to be having these conversations, and contributing to community debate, so that we can find practical solutions to avert a climate disaster.”

As part of its commitment to responding to the climate emergency, AILA put a pause on its International Festival of Landscape Architecture to host a biodiversity die-in activation with around 500 attendees.

Australia is home to up to 700,000 species and of these species, 84 percent of plants, 83 percent of mammals and 45 percent of birds are only found in Australia.

Arnold said these findings highlight and reinforce the global significance of planning, designing, procuring and managing urban landscapes to conserve and enhance biodiversity. “Urban development and human activity have resulted in changes to the landscape and these species’ natural habitat, putting many of these unique species at huge risk of extinction. Extinction of many of these animals and plants is the sad reality we are facing today, but for the species whose survival is threatened, management and conservation measures need to be set in place to avoid further loss.”

AILA issued a position paper on Green Infrastructure in July, which highlights the central importance of retaining and managing natural and semi-natural areas in cities to manage the effects of climate change.

“Greenspaces are a key ingredient in helping cities to manage the effects of climate change –sustaining ecosystems in urban contexts, improving the sustainability of the built environment and improving amenity for urban residents,” Arnold said. “We need to urge government at all levels to implement Green Infrastructure strategies, to support local ecosystems and develop climate resilience into urban and suburban spaces.

“Preserving and expanding green spaces as well as a range of other urban and landscape design measures will be necessary if Melburnians, Australians and citizens in cities all over the world are to cope with the reality of climate change.”