Giant 'arc' casino set to dominate Queens Wharf. A winning proposal for a new multi-million dollar casino and integrated resort for Brisbane has just been approved. 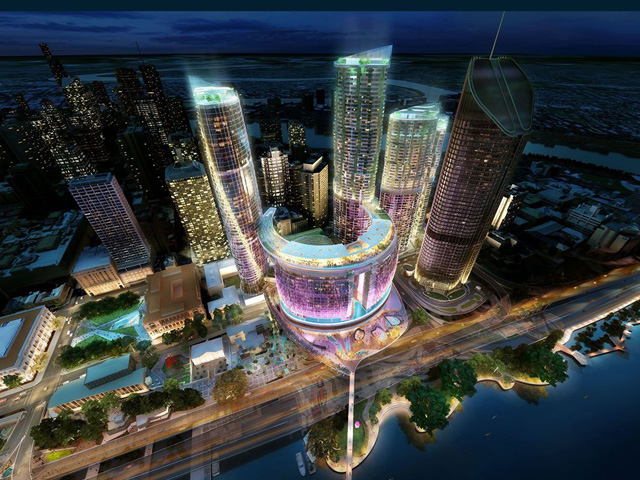 Cottee Parker Architects have won the Queens Wharf Brisbane design battle. Renders of a giant arc-shaped casino, five new hotels and an infinity pool overlooking the Brisbane River are just a teaser of what's to come for the Queen’s Wharf Brisbane precinct after the Queensland Government announced its preferred tenderer for the site's development. 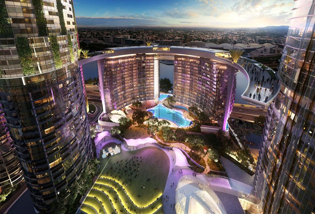 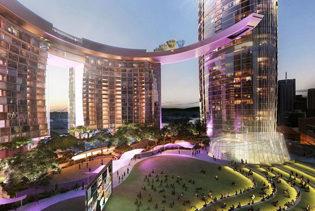 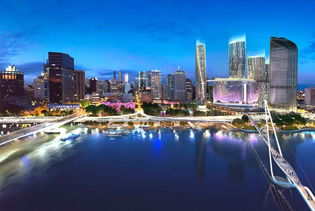 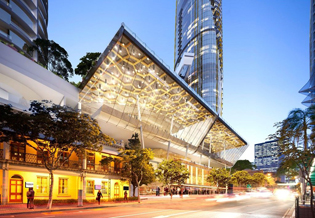 A proposal for a six star integrated resort from Destination Brisbane Consortium, which included architectural designs from Cottee Parker Architects (CPA), was chosen by the State Government from a host of design consortia who lodged expressions of interest for development back in 2014.

The proposal promises to transform the under-utilised government quarter into a world-class entertainment and leisure destination, home to Brisbane’s newest casino.

If approved, the CPA-designed development will include a six star integrated resort to be located in a signature ‘arc’ building, which will boast 360 degree views of the city, river and the River Arena from a publicly available elevated sky deck that is inspired by the Queensland verandah.

It could also see the demolition of the Architectus-designed Neville Bonner building, which sits on a portion of the site and was a 1999 Royal Australian Institute of Architects Commercial Award winner.

The new casino, which will sit next to the core development area, will comprise five internationally recognised hotel brands, including a new six star brand to the market. The relocation of the current casino from the Treasury Building will also allow the heritage building to be repurposed into a shopping centre.

Other developments include ‘The Landing’, a green wharf with a fluid series of grassy knolls and terraces that will act as the key event space for the precinct, and a beach with direct river access and river ramp for kayaks and other non-motorised craft. This space will be linked to Queens Wharf Plaza, an urban waterfront public space that can be used for large scale public celebrations or multiple simultaneous localised events.

Construction of the Integrated Resort is expected to commence in early 2017 with estimated completion in 2022.