AMSTERDAM ON THE UP AND UP


MVRDV has won a design competition to complete a development in Amsterdam’s financial district. The greenery covered highrise marks a new direction in the development of the area. 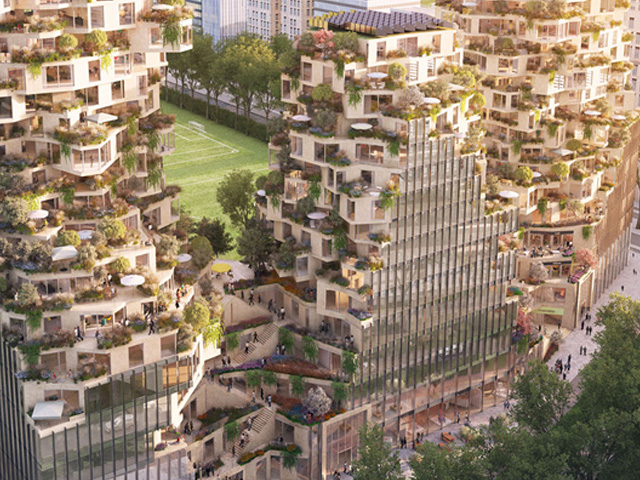 Selected by the municipality of Amsterdam, Dutch architectural firm MVRDV have won a design competition to construct a mixed-use development project known as Ravel Plaza. The winning design was submitted as part of design competition that was launched early in 2015, with the aim of creating a multifunctional building for the area. 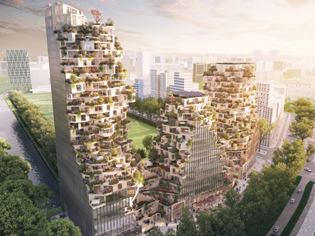 Set in the Zuidas Business District of Amsterdam, the design comprises a greenery covered highrise that contains a mixture of residential and commercial spaces.

To be developed in conjunction with OVG Real Estate, MVRDV’s design features a series of three buildings of varying heights, with a stepped exterior consisting of glass-enclosed spaces and greenery filled balconies. The plaza covers a total floor area of between 50,000 and 75,000 sqm.

Winy Maas, Architect and co-founder of MVRDV states, “the houses have bay windows with beautiful views and large balconies with lots of vegetation, turning the whole building into a kind of village green.”

The firm’s aim was, “to combine the quality of living in a green environment with the central location and the excitement of an urban environment in this unique location.”

OVG CEO Coen van Oostrom claims, "With this project we wanted to introduce an innovative building into what is becoming an increasingly popular district of Amsterdam."

The building is, to a large degree, open to the public; the public space literally extends into, and over, the building."

Amsterdam on the Up and Up
Universal Magazines