This month the Australian Institute of Landscape Architects will celebrate 50 years with a series of special events in each capital city around Australia that serve to acknowledge AILA’s achievements in the industry. 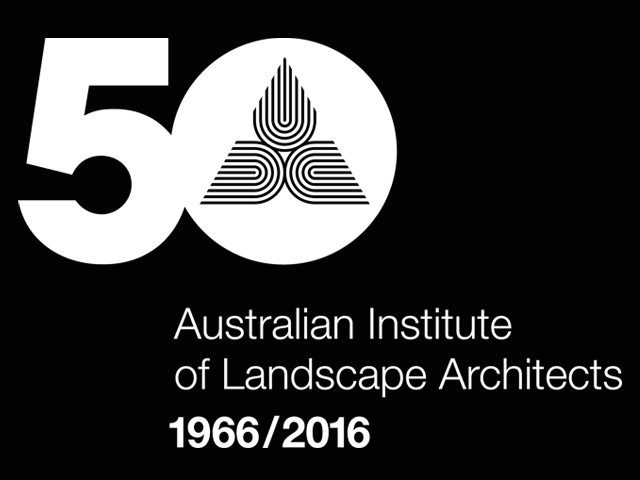 On Thursday 25 August 2016, Australian Institute of Landscape Architects (AILA) members celebrated AILA’s 50th Birthday. In addition to celebrating with parties in each capital city around Australia to reflect on and celebrate AILA’s achievements, AILA will celebrate with a premiere screening of AILA’s 50th Anniversary Film by filmmaker, Margaret McHugh.

Through the contributions of its members, AILA has worked for 50 years to support, legitimise and strengthen the landscape architecture profession in Australia.

“Now, more than ever, is an exciting time for AILA and the profession. We have almost tripled in membership over the last 3 years and have become a trusted voice in the built environment sector. Celebrating a significant birthday is a great opportunity to reflect on the achievements of the past and to look to the future with grand ambitions” said AILA CEO, Shahana McKenzie.

“We are close to selling out the 2016 International Festival of Landscape Architecture for the second year in a row and we recently received over 300 entries into our 2016 National Landscape Architecture Awards. With over 500 members attending the birthday parties around the country, this is the perfect time to celebrate past achievements and future opportunities with the people who make it possible.”

AILA’s 50th Anniversary film documents the Institute’s beginnings and highlights some of its greatest achievements. The film tells the story of the making of the profession of landscape architecture - the deliberate construction of a new profession in Australia and its institutionalisation (in 1966) through the development of AILA.

Award winning documentary maker Margaret McHugh was engaged by AILA to create a short film documenting the Institute beginnings and the making of the landscape architecture profession in Australia, highlighting some of its greatest achievements. Creative guidance for the film was provided by Helen Armstrong AM FAILA, and generous support for the film’s production was provided by McGregor Coxall, HASSELL, T.C.L., Tract Consultants and ASPECT Studios. The film features interviews with several of AILA’s foundation members.

About the Australian Institute of Landscape Architects (AILA)
AILA is the growing national advocacy body representing 2,800 active and engaged landscape architects, promoting the importance of the profession today and for the future. Committed to designing and creating a better Australia, landscape architects shape the world around us. www.aila.org.au