The winning design for a new conservatory in the Australian National Botanic Gardens in Canberra will create a new type of structure that will act as “a gallery for plants for the 21st century”. 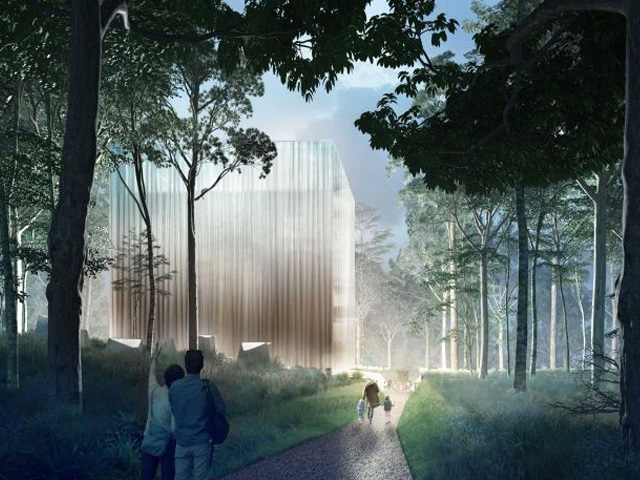 A national design competition to create a new conservatory in the Australian National Botanic Gardens in Canberra was announced in April 2016, receiving a total of 39 entries, from which five designs were shortlisted. The resulting winner was Sydney-based architecture firm CHROFI. 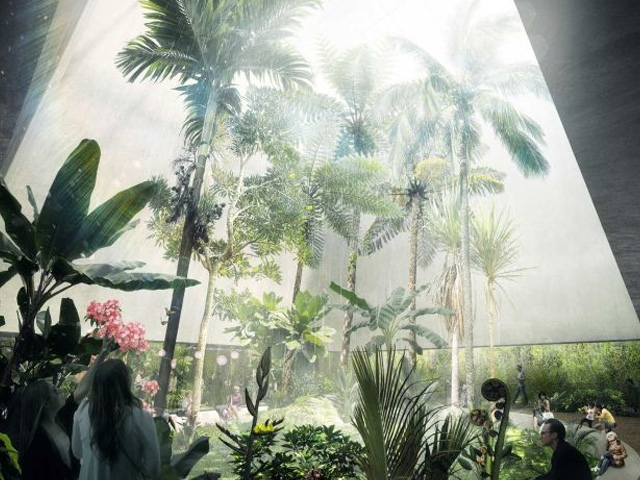 In collaboration with McGregor Coxall, Atelier Ten, Inhabit, SDA and Toko, CHROFI produced the winning design, which has been described as a "hovering glass cube".

Named the Ian Potter National Conservatory, the new structure will house Australia's most rare and endangered tropical plants, including plants from Kakadu and Christmas Island, and will grow seeds from the National Seed Bank.

Constructed of translucent walls of varying transparency, the conservatory will use solar energy to heat the air inside, thereby delivering an environmentally sustainable structure.

“With a more strategic approach to glazing, the design will deliver world-leading environmental performance,” explains John Choi, director of CHROFI.

The new conservatory will be one of the first major projects stemming from the Australian National Botanic Gardens 20-year masterplan. Released by Taylor Cullity Lethlean (TCL) and Tonkin Zulaikha Greer (TZG) in 2015, the masterplan incorporates a host of amenities for the area, including a visitor centre, amphitheatre, wedding garden and function centre, and a treetop adventure ropes course and eco lodge.

John Choi describes the winning design as “conceived as an entirely new type of conservatory - a gallery for plants for the 21st century. Rather than the traditional uniform glass envelope, a series of rooms offer a variety of immersive spaces that provide visitors multiple ways to interact with and experience the living exhibit.”

The jury praised the winning design, saying, “This is an exceptional proposal that draws upon yet sweeps aside conventional paradigms of a conservatory.

“The result is a magical new architectural expression that intrigues at first glimpse and inspires on exploration.”

Construction on the new conservatory will begin next year and is expected to be open to the public in 2018.