In the city’s largest public space investment in decades, Prague’s iconic riverfront has undergone the first phase of an extensive revitalisation project that will activate various programmes and encourage a cultural and social revival of the space. 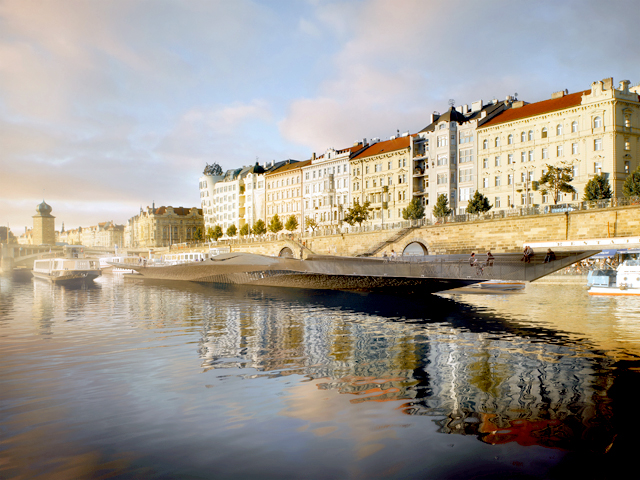 The revitalisation project is designed by petrjanda/brainwork. Prague’s largest investment in public space in decades bears a great sociocultural impact: by activating various programmes and content the riverfront experienced a cultural and social revival, and subsequently, architectural rehabilitation.

Focusing on the reconstruction of 20 vaults in the riverside walls, the project merges the interiors of the vaults with the exterior riverfront area, enabling a unique symbiosis of public space with the spinal cord of the city: the Vltava River.

The project has been under construction for the past 10 years. after floods in 2002, the area was used as a carpark. But by gradually activating the space, it has been revived as a public space for locals and tourists alike. 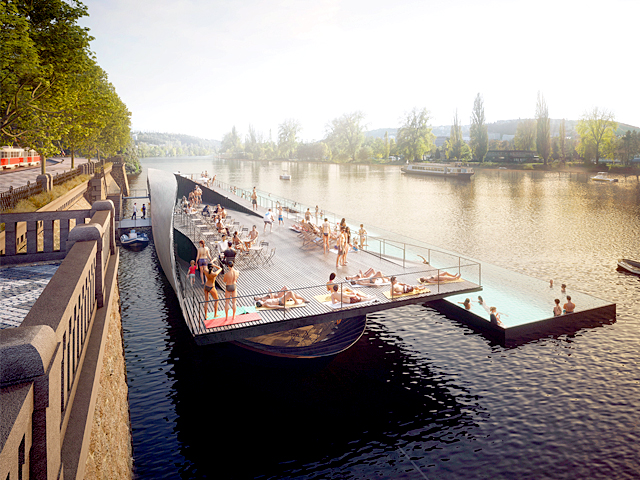 In the regulated part of the banks, the riverfront architecture becomes the backbone for the river spinal cord. This ‘skeleton’ should not be stiff but should be flowing and allow cultural life to flourish.

The vast revitalised riverfront area stretches along the three Prague embankments: Rašín, Hořejší and Dvořák, almost 4km in length. The completed first phase is Prague's largest investment in public space after the revolution in 1989. It focused on the reconstruction of 20 vaults in the riverside wall, which were originally ice storage areas. Instead of creating classic interiors, the vaults are merged with the exterior with maximum contact with the riverfront area and the river. 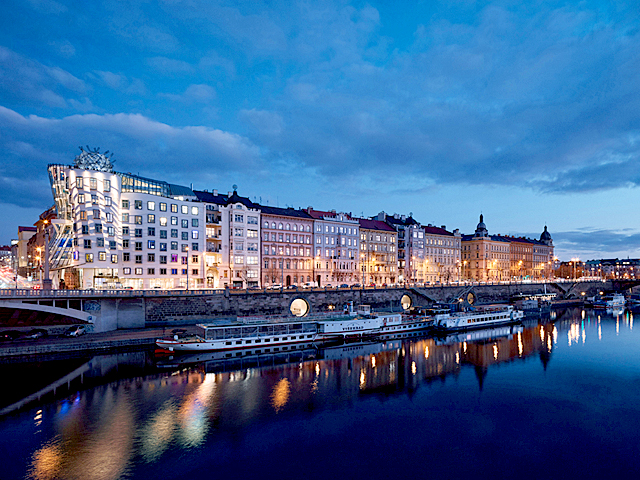 The vaults will serve as cafes, clubs, studios, workshops, galleries, a library branch, space for neighbour meetings and public toilets. The architectural design works with modular diversity, the spaces are designed as a detailed base that includes all operational and technical facilities and a bar that can be moved to different positions.

Thanks to this project, the riverfront is well on its way to being fully revitalised and providing an exciting public space for the community and tourists to enjoy. 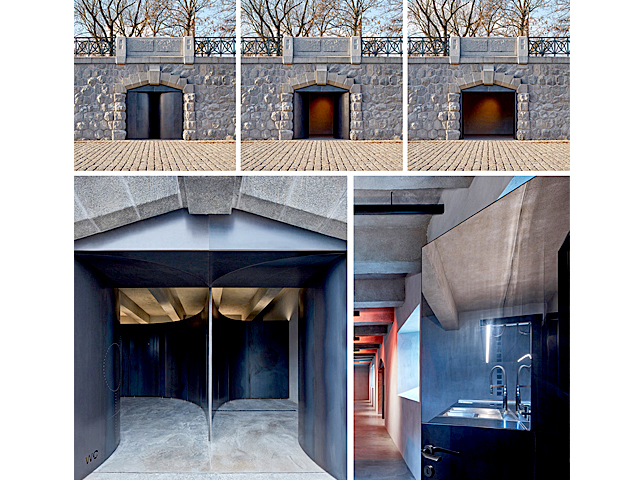