A culturally engaged masterplan for the Yangtze River will transform the flood prone area with public space programs that offer cultural and entertainment opportunities year round, regardless of the river’s height, and protect the region’s unique biodiverse ecosystems. 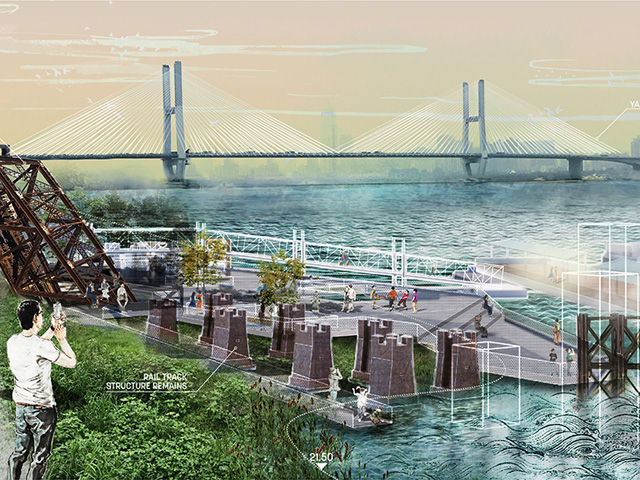 A redevelopment proposal for the Yangtze Riverfront Park in Wuhan, China, has been developed by planning and design firm Sasaki, in collaboration with OMA and Gensler. The new plan will reimagine the presently underdeveloped site, utilising the remnants of the industrial legacy currently onsite to create cultural and recreational spaces that will generate a dynamic and active civic arena.

As Asia’s longest river, the Yangtze drains one-fifth of China’s land area. Known as the Mother River, this revered waterway has been tied to the country’s history, culture and economic wellbeing for generations. In the Chinese culture, water is a life-affirming element, underscoring the relationship between the people and the river. However, due to outdated engineering, climate change and a lack of development, many cities along the Yangtze still suffer damage regularly from major flooding. 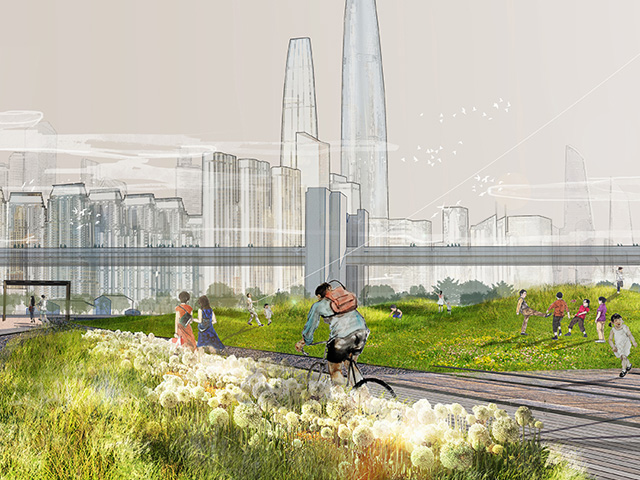 Wuhan, central China’s largest city, has a symbiotic relationship with the Yangtze that dates back over 1800 years. While years of flooding have created fertile soil in the region, the emergence of Wuhan as a modern city of technology, education and innovation has created a conflict between the demands for urban progress versus public open space. It is for this reason the development of the waterfront along the Yangtze has become a new frontier for growth.

According to Sasaki, “Wuhan’s Yangtze Riverfront Park leverages the river’s dynamic flooding to nurture a rich regional ecology, reinforce traditional wisdom and the local identity of living with an ever-changing river, and creates a dynamic recreational experience which is acutely attuned to the seasonal rise and fall of the Yangtze’s waters.” 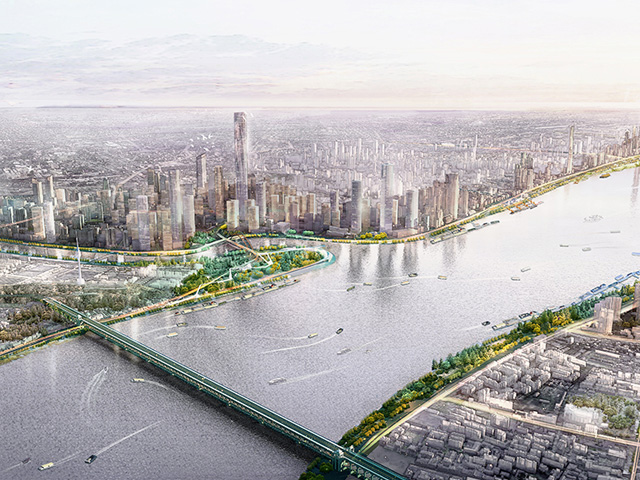 Sasaki recognises that the river culture in Wuhan is deeply embedded in the city’s psyche and strives to celebrate this connection with their masterplan. The design of the park takes into account the frequent flooding events that occur and utilises them in their placemaking strategies. “Much of the programming along the river is designed to celebrate the river’s spontaneity and incorporate its flooding as an essential element of the ever-changing landscape,” claims the firm.

The unique topography of the area and various ecosystems, particularly the mudflats, along the river play a critical role in the region’s biodiversity. To maintain, and in some cases repair or improve, these natural systems, strategic dredging and grading will be required to create microenvironments that will support a range of wetland systems and encourage varied plantlife. 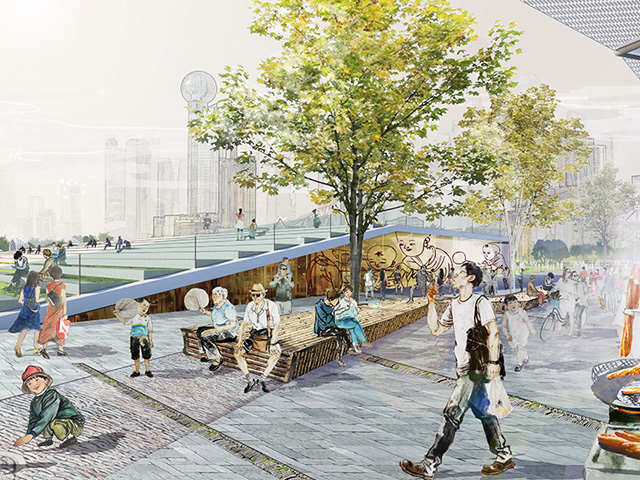 In addition, secondary schemes emerging from the mudflats at higher water levels pave the way for alternative paths for aquatic wildlife, as well as routes for kayaking. During the dry months, these same areas will function as informal pathways to be explored. Other recreational spaces are arranged around wildlife needs, keeping humans from intruding on their natural environment while still providing an opportunity for visitors to engage with nature. Interventions for wildlife will include logs for turtles to loaf on, submerged fish structures, waterfowl nesting platforms, and discreet birding stations.

Historical landmarks interspersed around the park will serve to illustrate the rich industrial history of the area. Once the site of railyards and freight train ferry terminals, the remnants of these endeavours provide a strong visual presence on the site that will be utilised in new ways, giving the space a new cultural identity. Sturdy infrastructure will function as viewing platforms and a series of barges will be combined to form a floating promenade that rises and falls with the river’s tides. 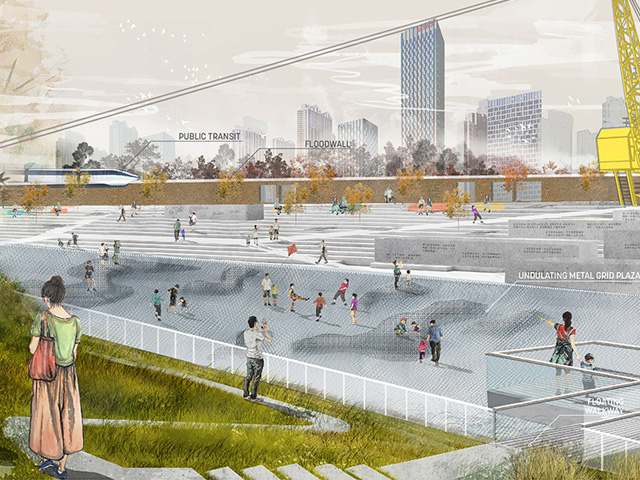 A conscious effort was made by the design team to engage public opinion on the park project, with a web-based outreach effort calling for comments on the design that helped to inform the evolving design process. Local civic groups organised public meetings and site tours to promote stewardship of the river’s public landscapes, while local youth were invited to share their vision for the park.

“Built upon a strong consensus from the public engagement, the masterplan for the Wuhan Yangtze Riverfront Park creates a socially inclusive and ecologically meaningful waterfront with a strong cultural identity that embraces Wuhan’s unique philosophy derived from centuries of living alongside a dynamic river,” explains Sasaki. 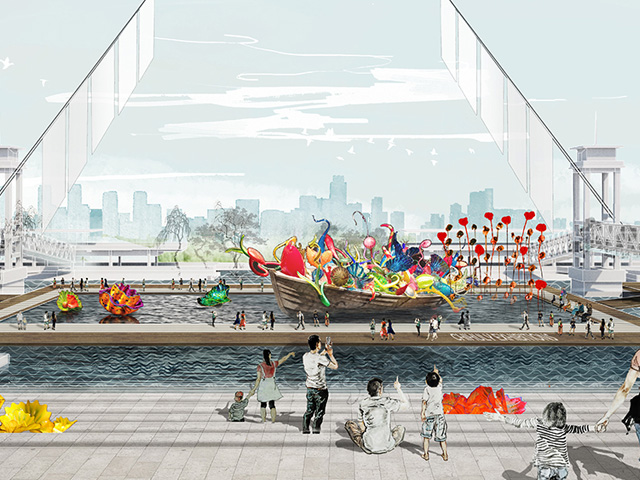 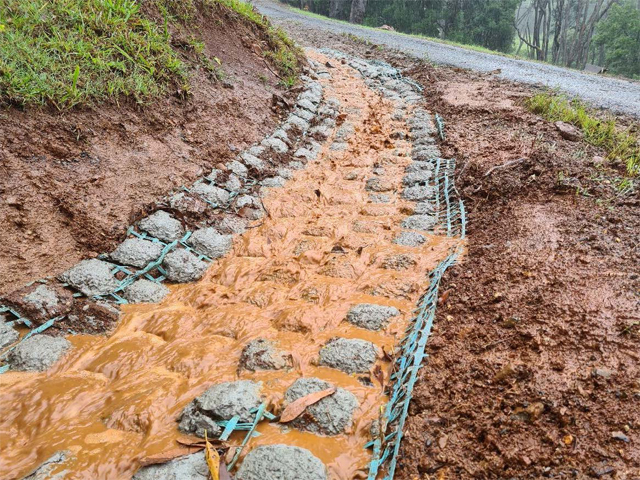 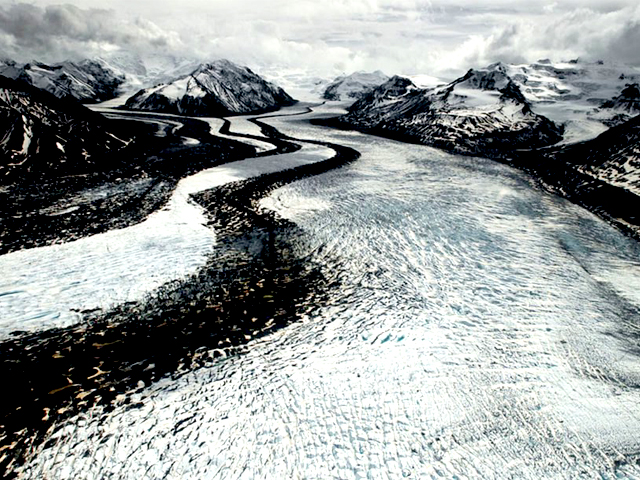 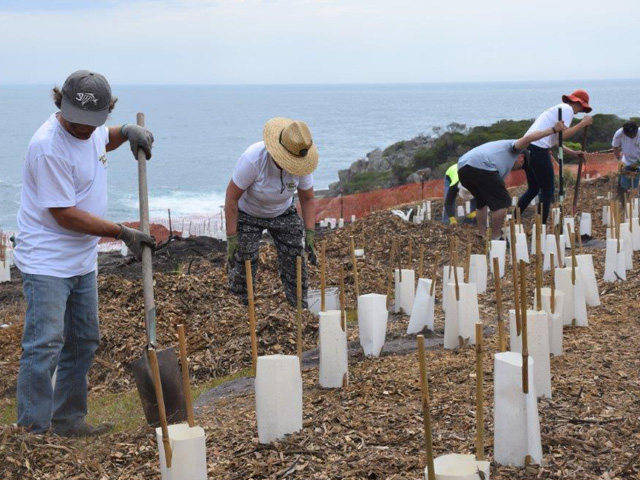 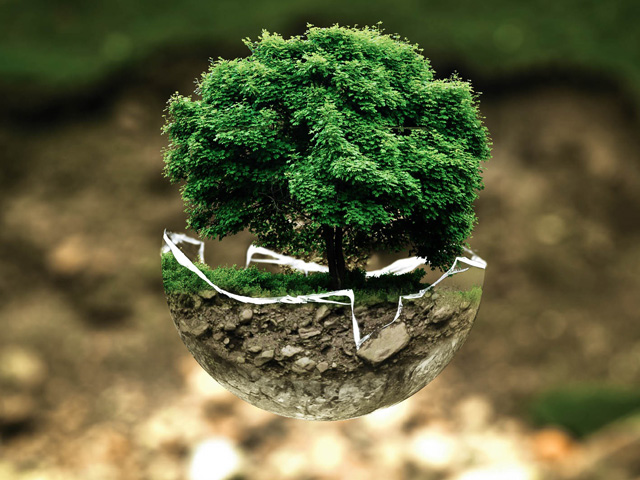 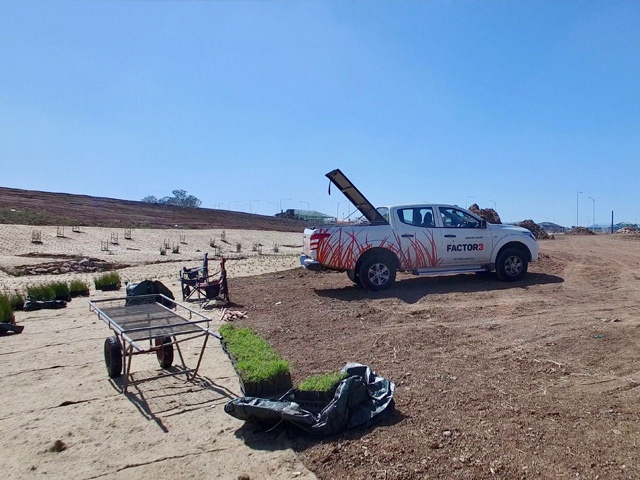 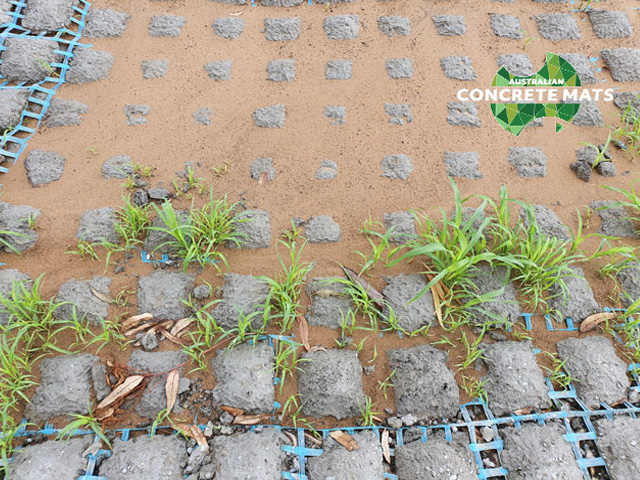