Featuring a dynamic, twisting form that will create a sculptural landmark for the area, Viennese architecture studio Jadric Architektur has won the award to design the Seoul Photographic Art Museum. 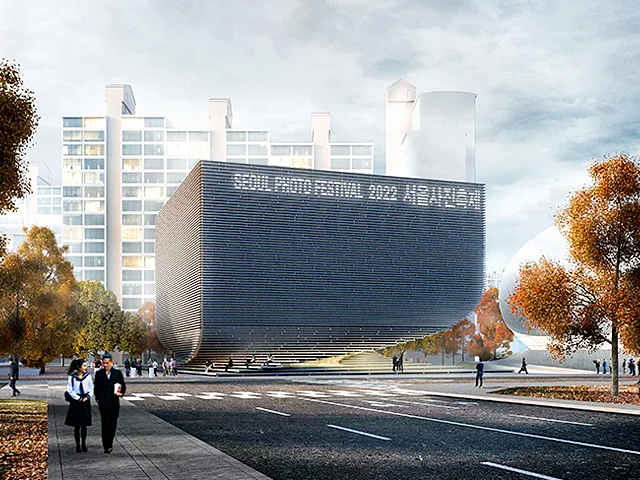 To be developed in the Chang-Done district of Seoul, South Korea, Jadric Architektur developed the project alongside Korean partner, 1990 Uao.

To design the museum, Jadric Architektur considered the relationship between photography and architecture. The twisting movement at the base of the volume intends to symbolise a snapshot as well as serving to open the building up to the public space and becoming a main attraction of the newly planned Cultural Mile. 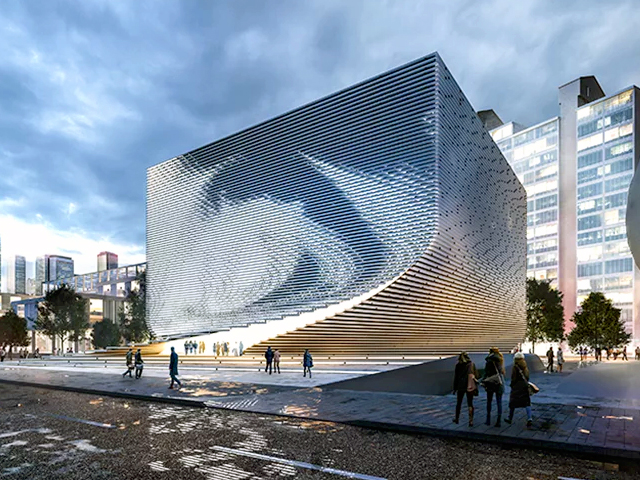 Large steps on the main street-facing elevation effectively merge the museum with the sidewalk, inviting visitors inside as well as providing a generous public space for local residents to gather and linger.

The idea of providing social space also extends inside the building. In addition to the large steps created by the coiling of the exterior, the interior also affords urban landscapes in the interior with the aim of providing a place for neighbouring housing estates, thus enriching the local area. 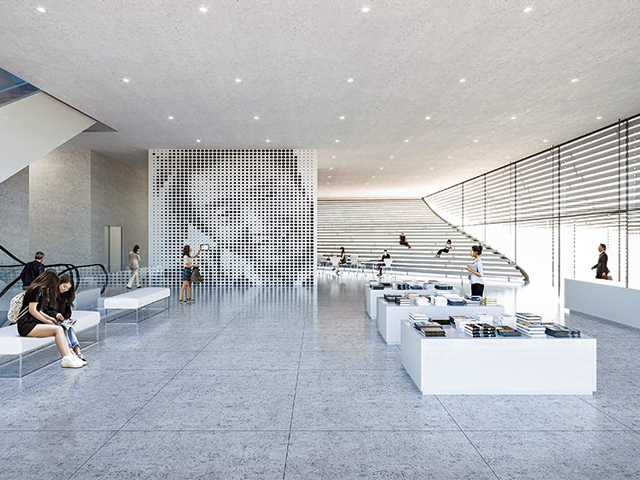 Within the building, the plan is logically arranged into functional units to allow visitors to navigate the museum effortlessly and move comfortably throughout the space. For the exhibitions themselves, the design team has adopted the concept of a ‘white cube’ – flexible and suitable for any presentation. Rooms are also designed to afford flexibility as they can be connected together to form larger exhibition spaces.

The entire program provides a variety of functions, including rooms for research and education. For the lighting concept, the design envisages an interaction between the building and light using backlit concrete ribs instead of a classic screen, creating a symbiosis between light and volume, and effectively announcing the proposal as a new cultural landmark. 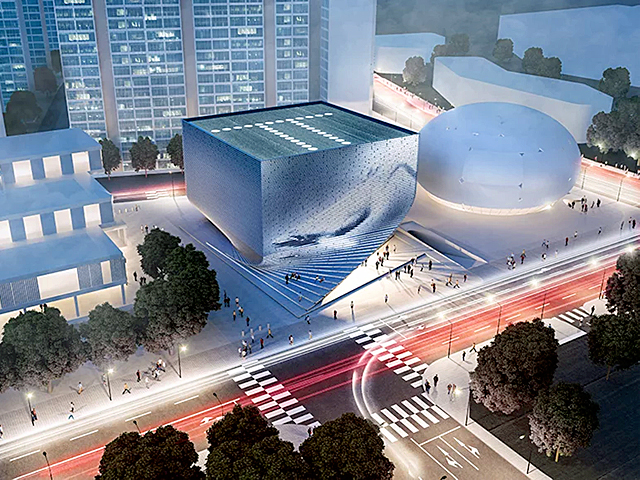